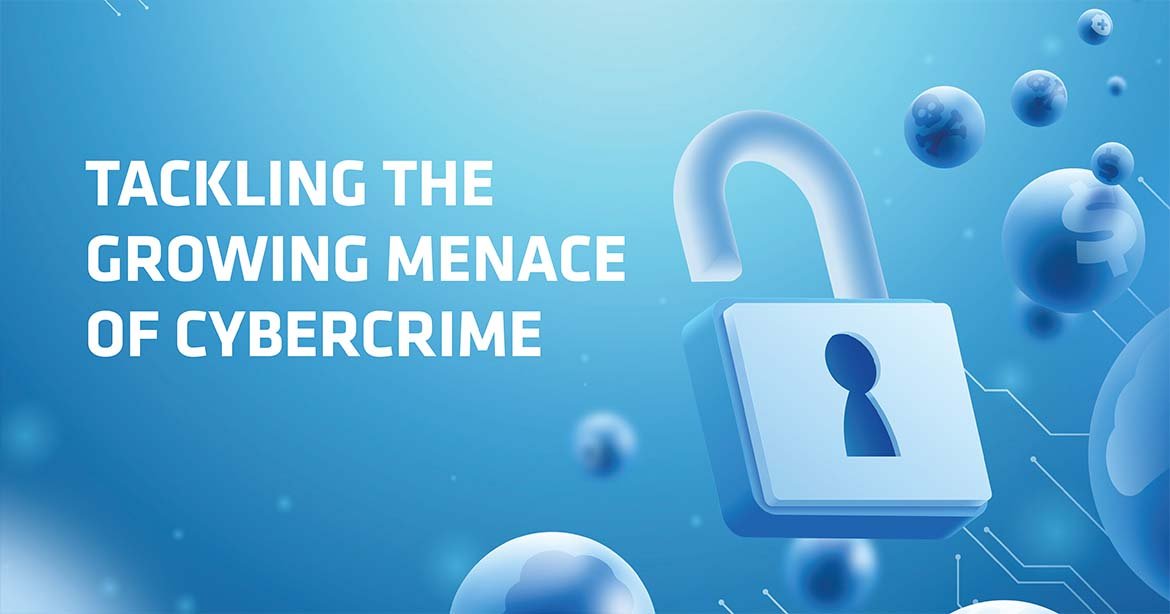 Bangladesh has been advancing at a breakneck speed in this era of information and communication technology. In today’s world, people’s lives have become dependent on technology. The breeze of change is also blowing in different spheres across the country, thanks to the continued innovation in technology. Undoubtedly, information technology has brought revolutionary changes in our lives. As a result of the advancement, manual labour has been reduced in our lives, distance has been shortened, and the standard of living has improved to a great extent. However, just as there is darkness under the lamp, a new type of crime called cybercrime is emerging under this far reaching change. NASHIR UDDIN with SM TANJIL-UL-HAQUE digs deeper into the details.

YOU CAN ALSO READ: WHY IS STROKE RISING AMONG YOUNG ADULTS IN BANGLADESH?

The enduring modifications in information technology are fuelling the spread of technology-based cybercrime in the unscrupulous society. Cybercrime incidents are increasing at an alarming rate, as a result, it has become a hindrance to this technology-dependent lifestyle to a large extent. Radical sectarianism, militancy, rumours, fake news, juvenile delinquency, pornography, cyberbullying, suicide, fraud, bank robbery, extortion, piracy, arms and drug trade etc. crimes are being conducted using the technology.

Cybercrime is basically an internet based crime. By definition, it is a criminal activity that involves a networked device. Most cybercrime is committed by cybercriminals or hackers who want to make money. However, occasionally cybercrime aims to damage computers or networks for reasons other than profit. These could be political or personal. All men and women of the society can be victims of this. However, in Bangladesh, women become more victims of cybercrime than men.

TYPES OF CYBERCRIME INCLUDE:

Cyber-bullying (bullying with the use of digital technologies)

A recent study by the voluntary organisation Cyber Crime Awareness Foundation (CCA) shows that social media is becoming the prime arena of cybercrime in the country. Genderwise differentiation of cybercrime victims shows that the number of male victims is 43.22% and the number of female victims is 56.78% in the country. Apart from this, women are more victims of social media related crimes than men, and girls aged between 18 and 30 years are the most affected. Among the victims, 10.52% are below 18 years, 73.71% are between 18 to 30 years, 12.77% are between 30 to 45 years and 3% are above 45 years. But the agency fears that cybercrime could spiral out of control due to a lack of clarity about remedies, public shame, and fear.

More than 55% of cybercrime victims in the country are not being provided with the legal assistance they deserve, according to the findings of the survey by the CCA. The survey report titled ‘Cybercrime Trend in Bangladesh-2022’ says, only around 7% of the victims received desired help after reporting to the police.

The report also found that 43.22% of the victims know about the laws related to cybercrime while the remaining 56.78% have no idea about that. This year’s survey showed a slight increase in the number of victims of cyberbullying to 50.27% from 50.16% in the last report. Most of the participants in the research were the victims of cyberbullying including receiving pornographic content, and defamation threats through social media, phone, messages, etc.

Bangladesh currently ranks 34th in this index with a score of 67.53. On the other hand, the country is ranked 53rd in the Global Cyber Security Index published by the United Nations International Telecommunication Union and 147th in the Information and Communication Technology Development Index. Bangladesh is ranked 95th in the World Economic Forum’s Network Readiness Index. Although Bangladesh’s position in the index is reliable, some recent studies reveal the country’s immaturity in dealing with cybercrime.

A huge credit for fighting cybercrime goes to the country’s cyber forces. There are currently three cybersecurity branches working under Dhaka Metropolitan Police in the country. Among these are; Cyber North and Cyber South under the Detective Branch, and Cybercrime Investigation Division under Counter Terrorism and Transnational Crime.

Also, there are three state of the art cyber forensic labs under Bangladesh Police. These are the strengths of Bangladesh which takes the country ahead of other South Asian countries. Also, effort is underway to have a central cyber police investigation centre in the country.

CYBERCRIMES INCREASING AT AN ALARMING RATE!

Despite the capability, cybercrime is on the rise in Bangladesh. According to the research report, cybercrimes that have increased in 2022 compared to 2021 include social media harassments, scams, fraud while buying products online, pornography, copyright crimes, etc. There has been an alarming increase in cybercrimes like social media and other online accounts hacking or information theft.

The report found that 23.79% of the participants were victims of online account hacking including social media. Additionally, in the last report of 2021, the incidence of spreading misinformation through social media was 16.31% which raised to 18.67% this year. In addition, the number of victims of fraud, while using social media and buying products online is also noticeable. About 15% of victims were defrauded while buying products online as per the report.

CYBERCRIMES THAT ARE PICKING PACE IN BANGLADESH:

Appropriate initiatives are required to eliminate these raising cybercrimes in Bangladesh. Every year in the month of October, ‘Cyber Security Awareness Month (CAM)’ is celebrated in different countries to highlight various information to remain protected against cyberattacks. As part of this global initiative, Bangladesh is also conducting ‘Cybersecurity Awareness Month 2022’ programme throughout the month of October.

The National Committee on Cybersecurity Awareness Month (NCCAM) has been formed with various linked organisations and technology professionals to carry out this programme and they are conducting various awareness activities around the country. NCCAM has set the theme for this year’s cybersecurity awareness month as ‘Being safe online is not hard, just need to be careful’. NCCAM suggests that maintaining cyber security will not be difficult if only four steps that are divided into four weeks, are followed.

First Week: Turn on multifactor authentication. With increased sophistication in hacking methods, having strong passwords on all your systems is no longer enough. So, all the important services: Facebook, Twitter, Gmail, Online Banking have a multifactor option through which you can confirm your identity in a way other than a password.

Third Week: Update your device on a regular basis. Using any pirated software on laptop, desktop or with Android is not recommended. You can use valid or authentic antimalware software for scanning.

Fourth Week: Recognise and report phishing. If you receive a phishing link in your email or mobile phone, delete the message. The first rule of caution is to not click on anything unusual even if it comes from someone close to you. However, if you click on the link by any chance, you should quickly change the passwords of as much accounts as possible. If anything important is present on the device then law enforcement should be notified.

HOW TO TACKLE CYBERCRIME?

Now the question that arises is whether cybercrime is unstoppable, or is it possible to control it? The answer is that cybercrime is not insurmountable at all. Preventing and controlling cybercrime activities requires awareness at all levels, and increasing awareness needs goodwill from individual to state level. Just as an individual has to work on creating awareness within his family, similarly the state should focus on constructing public opinion against this cybercrime on a large scale

. Moreover, influential organisations should also attempt to create awareness within their periphery. Health, technology, media and telecom, and government and public sectors reported cybercrime as their biggest threat. On the other hand, sectors such as financial services and retail cited customer initiated online fraud as their prime threat. The good news is that these organisations are doing their best to enhance their technical capabilities in order to implement stronger internal controls and make themselves more resilient to cybercrime.

During the last two years, many business organisations in the country, particularly banks, started to review their technology infrastructure to make it more robust to prevent cyberattacks. Organisations must spend a significant amount of time understanding the possible weak links through which they are vulnerable to external attacks. Statistics show that the amount of awareness that should have been created at the national level has not yet been generated.

To avert cybercrime from state level, all school textbooks should have cyber awareness topics, how cybercrime victims can get legal help should be widely publicised in simple and understandable language.

Now let’s come to the second important issue that is about the ability of those who will deal with this crime. Of course, the activities of the cyber police should be expanded nationwide. The people who will work in this sector should have relevant knowledge and should focus only on this type of matters. Digital forensic labs are required too.

There are laws like Pornography Control Act, 2012, Digital Security Act, 2018, Bangladesh Telecommunication Control Act, 2001, Information and Communication Technology Act, 2013, and in some cases Penal Code, 1860, but since the crime is technological and technology is ever advancing, so, necessary changes should be made in the law in dealing with such crimes.

Another important point in this regard is that since more than half of cybercrime victims are women, investigative agencies and prosecutions should be as woman-friendly as possible. Above all, the work of the prosecution and investigation forces should be brought under monitoring so that there is no negligence in their work.

Firstly, Internet Protocol version 4 (IPv4) has to be upgraded to IPv6. And Internet service providers (ISP) must be log maintained responsibly for investigative purposes.

The giant companies working in this sector with Bangladesh and the countries where those companies are located, such as the United States, Singapore, India, or Ireland. Mutual legal assistance treaty (MLAT) should be made with those countries. Then, if there is any problem in our domain, we can collect evidence from these giant companies for the purpose of investigation which will help us to take proper action against the criminals.

Law enforcement members should be given more training of this particularly and cyber police presence should be ensured everywhere across the country.

Every district of the country should have a cyber tribunal. If this can be done, cyber victims can go to the nearest cyber tribunal and file a case. As a result, overall cybercentric trials will be expedited.

Since it is a transnational crime, along with strengthening ties with other countries, major international law enforcement agencies, such as; Europol, and Interpol should be coordinated. It will make great progress in tackling transnational cybercrime.

To wrap up, extensive cyber awareness programmes, giving importance to cyber awareness in the national budget, making cyber awareness mandatory in commercial institutions, increasing cyber literacy, proper use of political manpower in awareness activities, mass media publicity, and joint efforts of stakeholders will play an important role in building a healthy cyber culture in the country. It is undeniable that tackling cybercrime is everyone’s responsibility. From individuals to the state level, everyone from their respective positions must build a strong resistance against cybercrime. As internet usage is our daily thing, then we need to know more about the proper use of the internet.