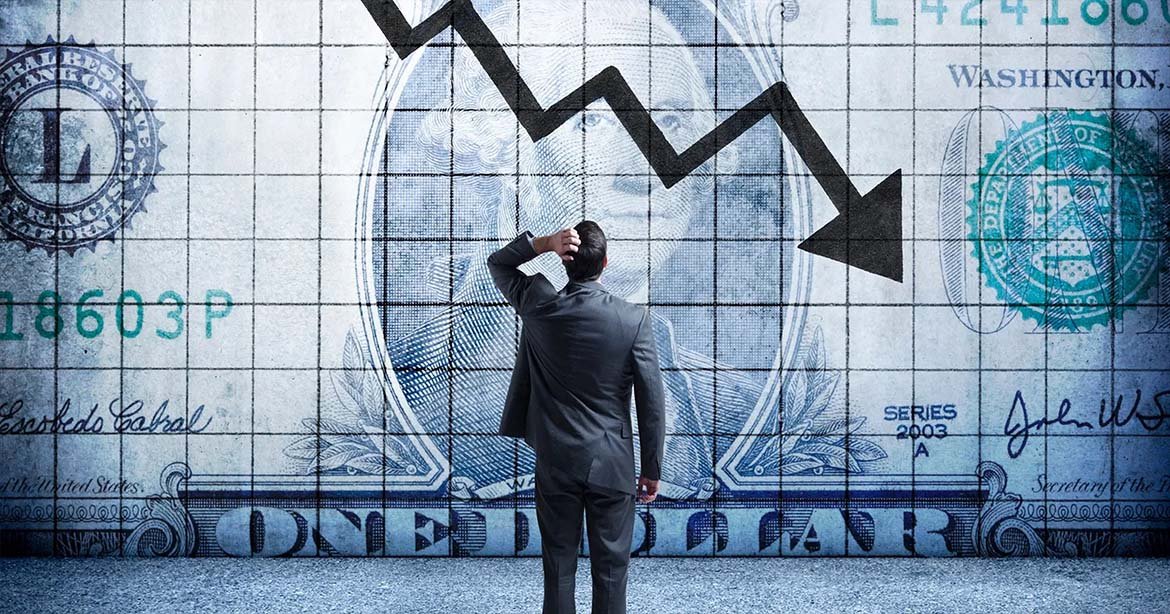 As the ongoing Russia-Ukraine war takes a heavy toll on global economy, a looming recession coupled with inflation has drawn intense scrutiny worldwide. Governments across the world are under extreme pressure with the downturn economic condition that makes them caution their citizens repeatedly to prepare for any unpleasant consequences whatsoever. Echoing the voice of the world leaders, Bangladesh Prime Minister Sheikh Hasina has urged the countrymen to make all-out efforts so that Bangladesh never has to face any famine or recession-like situation and food insufficiency due to prolonged war in Europe. Why is this happening? And what do we need in case of any unexpected situation. MOHAMMAD RAFIUL HASSAN comes up with his take on this.

There is no doubting the fact that the global economy was already suffering from the repercussions of several manmade conflicts, climate shocks, COVID-19 pandemic and rising costs over the past few years. The Russian-Ukraine war has only intensified these challenges on an unprecedented scale. This manmade war against Ukraine and sanctions on Russia are hitting the global economy hard. Fuel and food prices have skyrocketed and inflation got spiked across the globe due to the war. Experts, therefore, anticipate that the conflict could trigger a global recession because of the impact on food, energy and fertiliser prices. Some even apprehend stagflation and the possibility of famine.

You can also read : ‘The bird is freed’ as Elon Musk takes over Twitter

Of late, World Bank President David Malpass said most countries are heading towards recession. Some predict the world may even return to the stagflation of the 1970s in which the inflation rate was high, the economic growth rate slowed, and unemployment remained steadily high. International Monetary Fund (IMF) Managing Director Kristalina Georgieva said the future of the global economy is bleaker and more uncertain. Taking their views into account and observing the world’s gloomy condition, Bangladesh Prime Minister Sheikh Hasina has asked the countrymen to be thrifty, and hardworking to avoid possible recession or famine in the days to come. She urged people to make maximum use of land for food production. It is, therefore, important to know where the war is taking us, and pay heed to the premier’s warning as well as take preventable measures for any upcoming unpleasant situation.

THE WAR AND WHAT DOES IT MEAN TO US

The Russia-Ukraine war has created a great deal of geopolitical turbulence and a host of problems in the global economy. The war is having an outsized impact on the global supply chain, impeding the flow of goods, fuelling dramatic cost increase, and creating catastrophic food shortages around the world. It has boosted inflation and dented prospects for world’s economic growth which led the World Bank recently to reduce ‘2022 global growth forecasts’ from 4.1 per cent to 3.2 per cent – due the impact of Russia’s war on Ukraine.

People in general are mainly concerned about how the war will affect their daily life and purchasing power. So, the main worry for the common people is the increasing prices of basic necessitates like food and energy. The war caused the price of food rise after Russia imposed a ban on grain export from Ukraine. In addition to food prices, sharp hike in energy prices caused by sanctions on Russia, and Russia’s decision to suspend gas deliveries to several EU member states negatively affected household and increased living costs around the globe.

Interestingly, global food markets are extremely concentrated, both in terms of supplies and reserves. Russia and Ukraine supplied about 30% of the world’s wheat and barley before the war. Thirtysix countries, including some of the world’s most vulnerable and impoverished, relied on them for more than half of their wheat imports. Such concentrated and thin markets mean that when crises like the war in Ukraine happen, the global supply of food can be derailed quickly, leading to high costs. For example, insurance premiums are skyrocketing for vessels operating in the Black Sea, which only further raises prices for staple foods.

As the war drags on, already record levels of acute food insecurity are expected to sharply rise, and acute hunger is projected to increase from 276 million to 323 million according to U.N. World Food Programme (WFP), Consequently, a recession or famine situation is apprehended by many in the coming days.

“Global growth is slowing sharply, with further slowing likely as more countries fall into recession,” World Bank President David Malpass said, adding his worry that these trends would persist, with devastating consequences for emerging market and developing economies. Rizwanul Islam, a former adviser at the International Labour Office in Geneva said “whether another recession will hit or not, the US growth is already stalled. So, it is bad enough to suspect that the major engine of the global economy is faltering.” He also said GDP growth in Europe was virtually nil and the growth in China also has dropped significantly. This will create ripple effects on the rest of the global economy and it will include Bangladesh.

Continued disruptions in the global supply chain due to war have raised the spectre of recession globally. Hence, Bangladesh might not escape unscathed if a global economic downturn hits. At the beginning of 2022, Bangladesh’s economy seemed to be on course to grow at a faster rate. But things began worsening in late February following the war. Although neither Russia nor Ukraine is a large export destination or sourcing nation for Bangladesh, they are vital to the countries on which the country relies to drive its growth. Zahid Hussain, a former lead economist at the World Bank said, “as per forecasts, a recession will come towards the end of 2022 and most of the European countries, dependent mostly on Russia for their energy, will suffer.” He added, “as Bangladesh’s export market is excessively dependent on Europe, the shipment, which has bounced back from the pandemic, may be affected.”

In fact, Bangladesh did not face a recession during the global financial crisis of 2007-08 and even at the height of the pandemic. But the economy has already come under pressure recently due to the ongoing war in Europe. In line with the world’s rising trend, inflation in Bangladesh has risen sharply to the rate of 9.1 percent in September. To tackle inflation, Bangladesh government have taken some steps to increase the duty. This has reduced the import of some luxury goods.

Several saving measures have also been taken. The government has also applied to the IMF for loan assistance to ease the pressure on foreign exchange reserves. At the same time, Prime Minister Sheikh Hasina urged the countrymen to make all-out efforts so that Bangladesh never has to face any situation like famine and food insufficiency due to prolonged Russia-Ukraine conflict. The premier emphasised the need for increasing food production to counter the effects of the recession. She said,

“We have soil and manpower. So, we have to take initiative from now on so that Bangladesh never has to face famine and food insufficiency-like situations. We will have to grow our food.”

As the global economic climate was headed towards uncertainty, the premier advised for ensuring austerity in different aspects. The premier said her government is working tirelessly to ensure food security for people, hoping that they would be successful in doing so, as they have effectively tackled the Covid-19 situation. She urged the countrymen to grow food grains on whatever places they have.

Planning Minister MA Mannan also said the PM had once again cautioned people to be careful, keeping the global situation in mind. With regard to controlling inflation, Mannan said that certain policy decisions on VAT, import duty and concessional benefits might be taken. “If the ship fare increases, the price of products will increase. If oil and gas have to be imported at higher prices, inflation will also increase. If evil people hoard goods, inflation will increase. We have to control this hoarding,” he said.

According to Planning Minister, the government would increase support for agriculture to increase production. Allowances, seeds, fertilisers and water will all be made available alongside providing marketing assistance. At the same time, the government would also maintain liaison with traders to secure a supply of products to the market and ensure that no hoarding take place. Planning Minister also highlighted the PM’s initiative of distributing low cost rice to 1 crore families, which had a positive impact on the market. To conclude, fear of recession has started again around the world. The war, high inflation, rising interest rates to counter the inflation – all add to the risk of a recession.

Swift and bold action is required by both wealthy and low-income nations to avert further humanitarian and economic catastrophe. It is now necessary to take experts’ advice to protect the country’s economy from the impact of the global adverse economic condition. In Bangladesh, major reforms in financial sectors have become essential to improve the economic situation which international financial institutions have already urged. They have suggested working together with other countries to deal with the crisis.

At the individual level, it is also important to follow the government’s directions to prevent wastage of resources, save money as well as to become more engaged in production. Obviously, it will not be possible for the government alone to deal with upcoming economic disaster. People at all levels should, therefore, work in solidarity with the government to tackle the looming crisis.

LIZ OUT, SUNAK IN: UK’S UNPRECEDENTED 44 DAYS OF UNCERTAINTY