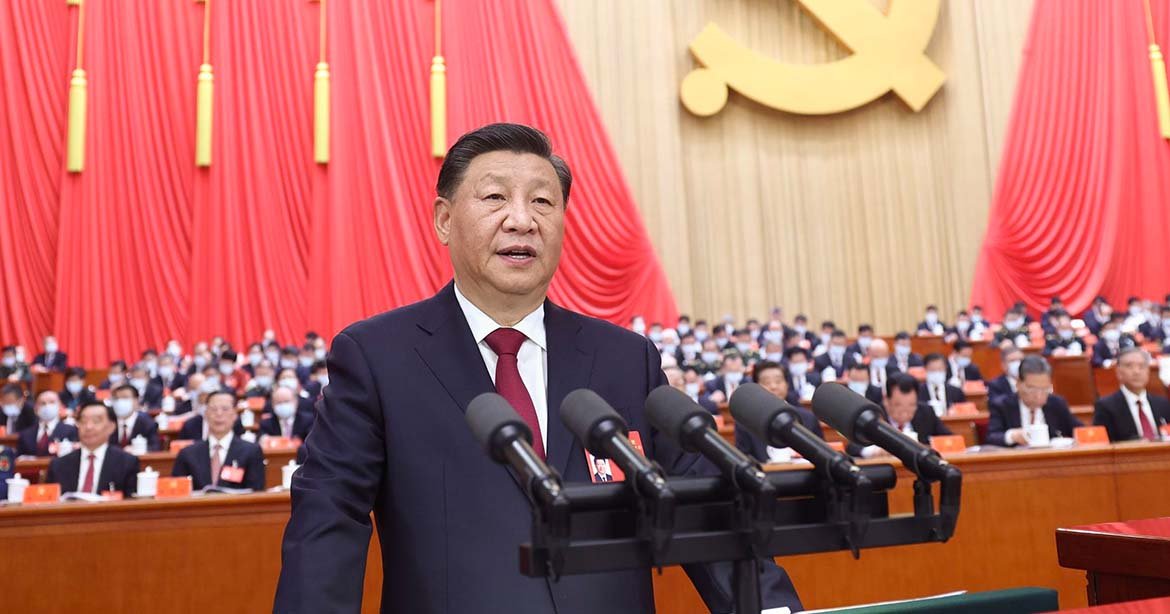 Xi Jinping is likely to win a third five-year term as China’s leader. On Sunday, he will lead the most exciting part of the Communist Party’s twice-a-decade congress and announce the members of its elite Politburo Standing Committee.

XI emerging as powerful than ever

With the removal of presidential term limits in 2018, Xi broke with tradition to extend his reign beyond ten years. It is even harder to forecast who will join him on the standing committee due to his defiance of convention as China’s most powerful leader since Mao Zedong. A dramatic economic slowdown, dissatisfaction with his zero-COVID policy, and China’s growing isolation from the West as a result of the backing for Russia’s Vladimir Putin don’t seem to have weakened the 69-year-old leader’s hold on power.

YOU CAN ALSO READ: IS USA-CHINA TENSION OVER TAIWAN HEADED FOR ANOTHER COLD WAR?

As Xi departs from the post-Mao norm of collective leadership, the lineup—who is in, who is out, and who will succeed Premier Li Keqiang when he retires in March after serving the maximum two terms—will reveal the extent of his political dominance. “The new PSC lineup will tell us whether Xi cares only about personal loyalty or whether he values some diversity of opinion at the top,” according to Reuters. Though, Xi is set to be reappointed party general secretary on Sunday, clearing the route for everlasting leadership. But, he is older than the official retirement age of 68 for senior party leaders at 69. The list of new Central Committee members includes Xi’s name.

About 2,300 delegates are taking part in the Party Congress, which started on October 16 in the Chinese capital. Most of the discussions have happened behind closed doors, but by the end of the week, the delegates will have chosen 400 members for the Central Committee, the top national-level institution of the party. This week, the South China Morning Post (SCMP) in Hong Kong reported that nearly half of the current members would be replaced.

The top people in the party have probably been talking about these choices for a few months, and at least two of the seven people on the committee are expected to step down because of their age. According to the “seven up, eight down” convention, officials who are 67 years old or younger at the time of a party congress are eligible for promotion, while those who are 68 years old or older are expected to retire.

The newly-appointed Central Committee, which has 205 members and is the party’s main governing body, is mostly made up of men, as has been the case for years with most of China’s top leaders. According to the complete list released earlier today, only 11 members, or around 5% of the total, are female.

Just over a quarter of the approximately 2,300 delegates in this year’s Party Congress are women, according to data made public before the Congress. Then there is China’s most important decision-making body, the Standing Committee, which consists normally of five to nine men and the elite Politburo, which now has only one female member. Since the party took control in 1949, the People’s Republic of China has never had a female leader and no women have ever served on the Standing Committee.

Li Keqiang to step down:

The 205-member Central Committee of the Chinese Communist Party does not include Chinese Premier Li Keqiang, the highest-ranking official after Xi Jinping. This indicates that Li is about to step down from his position as a party official. Li is one year away from reaching the senior Chinese Communist Party leader’s unofficial retirement age of 67.

Wang Yang is absent as well:

Wang Yang, the fourth-highest ranking official, is also not in the Central Committee. He is seen by many as a possible candidate for the next Premier. He is 67 years old as well.

Images and video from the conference show that Hu Jintao, a former Chinese premier, was forcefully carried out at the Communist Party Congress’ closing ceremony on Saturday.

The Communist Party’s Party Congress revealed today that a number of terms have been added to the party’s constitution, but there is no mention of revising the present phrasing around Xi Jinping’s political theory, which is already established in the text.

The congress authorized the addition of many Xi-backed terms to its charter, including “battle” or “fighting spirit,” a phrase frequently used by Chinese leaders to discuss obstacles or potential dangers from the outside. It also added the phrase “common prosperity,” which reflects Xi’s national campaign to redistribute the wealth and crack down on big business.

In order to “resolutely oppose and contain Taiwan independence,” the charter was also modified. The Communist Party has never been in possession of the island but claims it for its territory.

No new titles or honorifics were given to Xi, and the name of his political philosophy, which was already in the party charter, was not given more weight. Before the congress, experts had predicted that one of these outcomes might occur, which would have strengthened his hold on power.