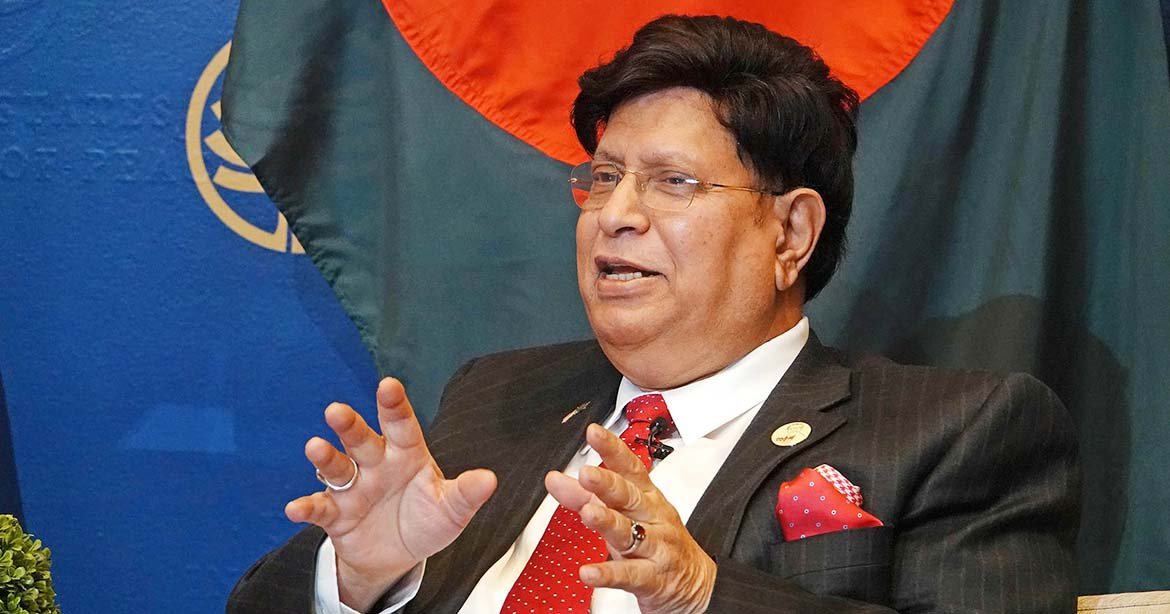 Foreign Minister Dr. AK Abdul Momen has announced that the Junta government of Myanmar has recently agreed to repatriate more than 1.1 million persecuted Rohingyas who had fled to Bangladesh.

The revelation was made following a meeting on Thursday (October 20) at the Ministry of Foreign Affairs with Chinese Ambassador in Dhaka Li Jiming.

Dr. Momen extended an invitation to representatives of Myanmar to visit the Rohingya camp, saying that the Rohingya people would feel more secure once the Myanmar team makes the visit.

“Myanmar agrees to repatriate through Chinese mediation. However, they said that they would do this after confirming the identity of the Rohingyas,” said the minister. “The logistics for how to take the first group of Rohingyas are being worked out,” he assured.

Myanmar has not returned a single Rohingya in the past five years, despite the claims. In Cox’s Bazar and Bhasanchar, Bangladesh is providing shelter to more than 1.1 million Rohingya.

Dr. Momen said, “The Myanmar government wants documents to take back the Rohingyas. That’s a problem. Many people lack identification. Bangladesh does not want to go into the complexity of managing documents. On the zero line of the border, there are 5000 Rohingya people. The Rohingyas must all be returned to Myanmar.”

The foreign minister said the topic of repatriating the Rohingyas will be discussed when Prime Minister Sheikh Hasina visits Japan at the end of November. He added, “We have also encouraged Japan to come forward aimed at solving this matter.”

Senior members of the Ministry of Foreign Affairs and ambassadorial staff from China were present among others.

India and Bangladesh: The Anchor and Trailblazer of...