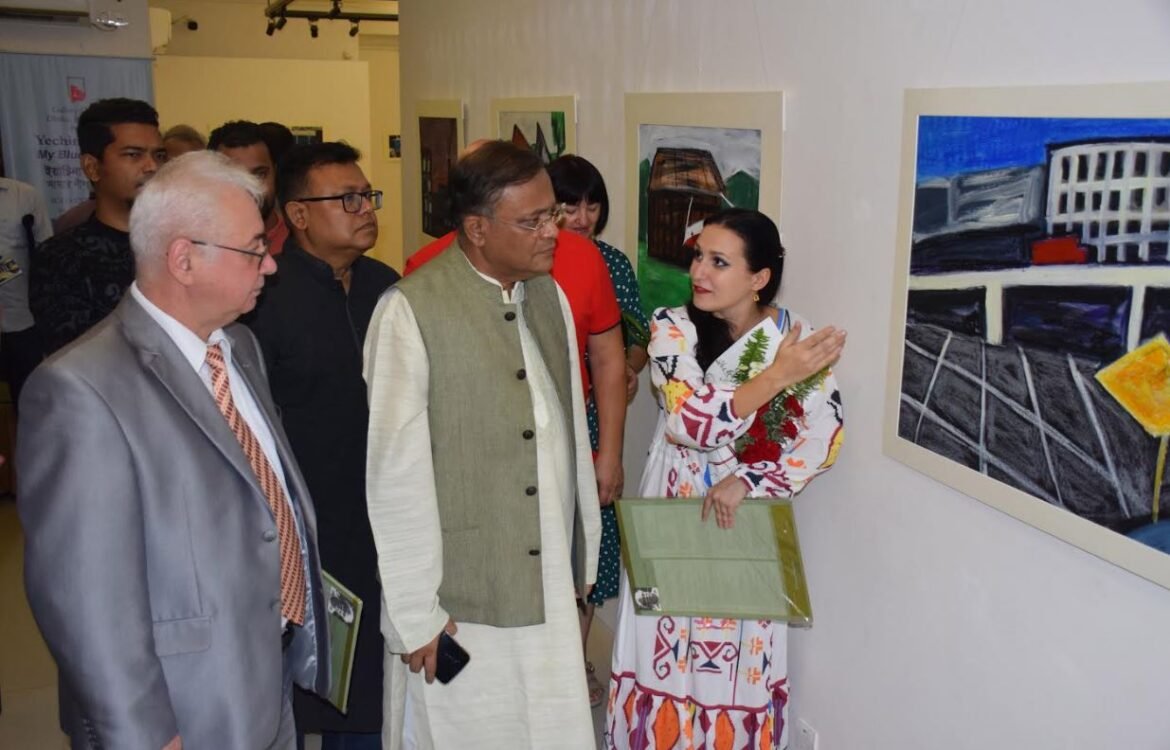 A solo painting exhibition «My Blue Stories» by a Russian renowned artist Yechina Sofya solemnly inaugurated on 24 October 2022 at the Gallery Chitrak with support of the Russian House in Dhaka.

Dr. Hasan Mahmud, Minister of Information, and Russian Ambassador Alexander V. Mantytskiy were present respectively as Chief and Special Guest. As well as Maxim Dobrokhotov, Director of the Russian House in Dhaka.

Bangladesh’s legendary artist Syed Abul Barak Alvi and poet-critic Aminur Rahman, many dignitaries, artists, Russian compatriots and various representatives from print and electronic media as well as TV channels attended the opening ceremony. Visitors praised the artist’s artwork, stressing out to be happy to get this opportunity and enjoy wonderful paintings directly. They expressed their hope for more such arrangements in the future.

You can also read: Emir of Qatar likely to visit Bangladesh

The Honorable Minister gratefully recalled the contribution of the Soviet Union in the Bangladesh Liberation War adding that «Russia’s friendly contribution during the war should not be forgotten, and the Bengali nation will remember it forever, insisting on more bilateral programs».

The book «100 Poems of Bangladesh» by prominent Bangladeshi poets translated into Russian was handed over to the honored guests on the occasion.