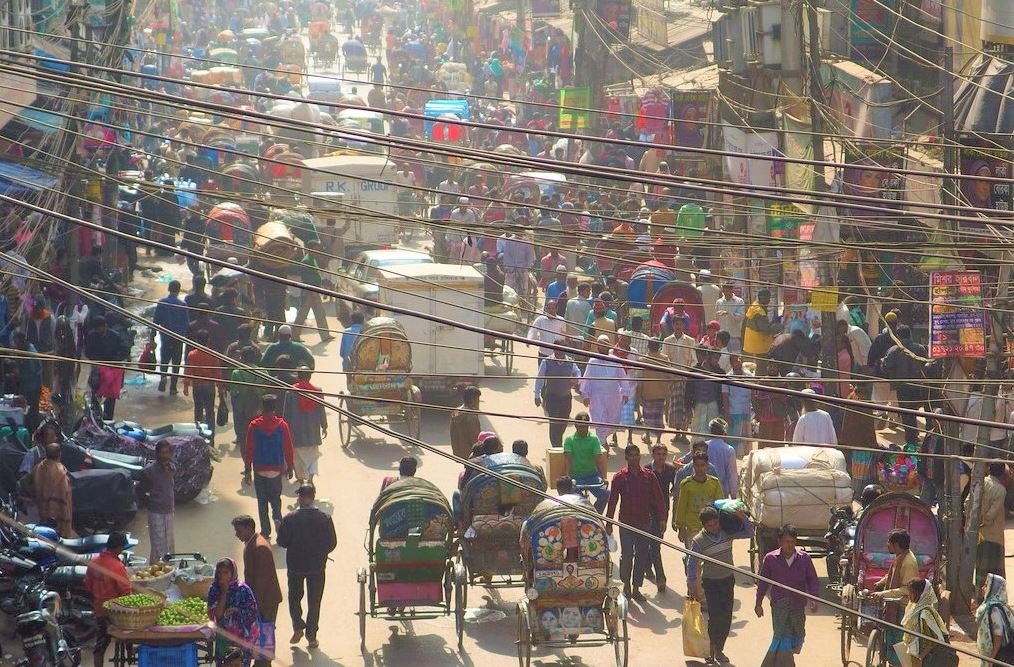 There has been a recent rumor circulating that if Rajuk’s Detailed Area Plan (DAP) 2022-2035 is adopted, as many as 40% of Dhaka’s current population will be compelled to relocate elsewhere. DAP’s Deputy Team Leader Khondker Neaz Rahman debunks this speculation and explains appropriate facts in details as put forth by the cautiously-drafted master plan.

The idea behind Rajuk’s latest concept is to build a city that is humane. The plan in question is based on two main foundations: one is called an ‘inclusive’ or ‘equitable’ plan as it aims to meet the demands of individuals from diverse walks of the society and improve their quality of life. According to the Bangladesh Bureau of Statistics (BBS) 2011, there are 15.51 million people living in the 1,528 square kilometers that make up the Rajuk area. This population is expected to reach 2.60 crores by 2035, which shows there will not be less people living in Dhaka. Rather there will be 6 million more people residing in the city with access to additional areas under Dhaka, where there will be a lot of opportunities for its human resources.

The current Dhaka North and South City Corporation areas are in Dhaka’s Central Area. It has an area of 304 square kilometers, which is only 20% of the total Rajuk area. According to the BBS 2011, there are about 88 lacs of people living there, and the population is expected to reach 1.30 crore by 2035. This means that the population of Dhaka’s core will grow. The latest BBS report 2021 says that there are 1,02,78,882 people living in Dhaka North City Corporation and South City Corporation areas called Dhaka Central Area. Inversely, the detailed regional plan predicted a population of 1,08,34,000 persons for the period up to 2020. This estimate is higher than the one seen in the latest BBS report.

A capacity analysis of Dhaka city reveals that –

Analysis based on Rajuk’s data

Therefore, the central region is seeing a decreasing rate of growth. Furthermore, the main city of Dhaka has the lowest growth rate of all of those. In other words, the population growth of 5-5.25 lacs per year in this megacity is mainly meant for the surrounding city areas and not necessarily in the main city.

In fact, the city growth has slowed during the past two decades. In fact, the time has come to turn the nearby areas into DMR-worthy cities by improving housing, quality of life as well as the infrastructure and public services that are needed, as suggested by new DAP. Unless something is done, these areas may soon look like the original Dhaka, which is overcrowded and in apparent crisis.

DAP’s current average density recommendation suggests that the developed Rajuk area can only support a population of up to 6 crores 36 lacs people. The entire Rajuk region is split into five different population density (people/acre) zones – with each having its potentially maximum population:

An important point to remember is that 200 persons per acre equal to 49,400 people per square kilometer, which is more than the population density of the majority of cities worldwide.

It is clear from the assessment above that no one has ever been asked to leave Dhaka city as per the recommendations of the Detailed Zoning Plan. Rather Dhaka and the entire Rajuk region will experience balanced population growth and the creation of new employment opportunities.

Therefore, one can firmly believe that the claim that says ‘40% of Dhaka’s total population will need to leave the capital city’ in accordance with the new DAP is inaccurate, biased, and misleading.