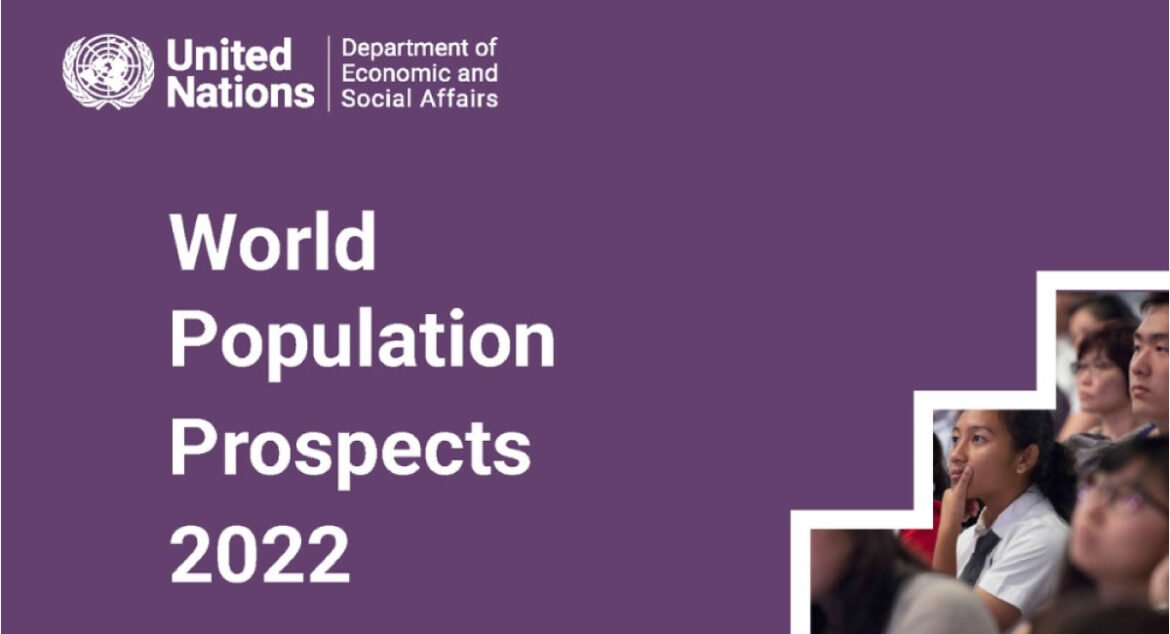 Although male population worldwide overtook the number of females since the mid-1960s, the demographic forecasts from the UN reveal that the global gender ratio is anticipated to equalize by 2050.

USA-based Pew Research Center has exhibited the analysis and projections from the 2022 Revision of World Population Prospects, the 27th edition of official United Nations population.

In 2021, there were about 44 million more men than women on the planet. Nevertheless, this disparity is anticipated to eliminate for few demographic factors.

ALSO, YOU CAN READ: WHY VIOLENCE AGAINST WOMEN SHOWS NO SIGN OF SLOWING DOWN?

By 2050, it is predicted that global fertility would have further decreased to 2.1 births per woman.

Why the imparity happens?

When a great number of the population is young, it tends to be more male (more boys than girls are born). This pattern is worse in nations where female infanticide and sex-selective abortions cause uneven gender ratios at birth.

Globally, there were 106 male births for every 100 female births in 2021. Girls and women are more likely to have serious health issues because of gender inequality. It puts them at a higher risk of dying from factors like complications during and after pregnancy and childbirth.

But, in most nations, females have lower infant mortality and survive longer than men. Behavioral and genetic variations have been linked to higher male mortality. In addition, COVID-19 has taken more male than female lives. For these trends, women outnumber men at older ages.

In 2021, women formed 56% of the global population aged 65 and older, including 59% in Europe and Northern America. By 2050, their percentage of the world’s 65 and older population is anticipated to be 54%. Populations are more likely to become mostly female as they age older.

Why the ratio varies?

The opposite is accurate in a lot of former Soviet Union states. Since at least World War II, when millions of men lost their lives in battle, the former USSR has been dominated by women. For instance, in 1950 there were only 77 men for every 100 women in the region that is now Russia. In the following decades, that number steadily increased, reaching 88 by 1995 before beginning to decline once more. Similar trends have been observed in a number of other former Soviet Union nations, which in 2021 made up six of the ten countries with the highest proportion of females to males.

Female child abortion in the womb has been one of the major reasons for gender disparity. It is a widespread occurrence throughout most of Asia due to existing societal bias against female infants.

Mei Fong, a Chinese journalist said that there are 30 million more men than women in China. Alarming number was still the same five years later. The same numbers persisted in India until 2021. The fact that China and India have astounding rates of female feticide and sex-selective abortion is significant. The ongoing dependence on selective abortions would result in 6.8 million fewer female births in India by 2030, according to researchers of King Abdullah University of Science and Technology.

Sons are preferred because they can make more money (agrarian economies), carry on the family name, take care of their parents when unwell. Son preference is also influenced by regional factors, such as the cost of the dowry in India and the patriarchal family structures, ingrained Confucian ideals in South Korea and China. These cultural ramifications reinforced the desire for male children over female children.

Age-specific sex ratios can vary significantly, even within the same nation. For instance, Armenia has the highest female-to-male ratio (82 males per 100 females), but there are still many newborn boys than girls. There are 110 boys born in Armenia for every 100 girls, making it the sixth most unequal gender ratio in the world at the time of birth.

On the contrary, Guadeloupe, Martinique, Hong Kong, and the U.S. Virgin Islands have overall sex ratios that trend predominantly female. The U.S. Census Bureau reports that since 1946, there have been more females than males living in the country. In the United States, there were 98 men for every 100 females in the population in 2021. It is anticipated to reach 99 by 2050.

The UN nevertheless anticipates a more balanced gender distribution in those nations where males will still exceed females in 2050.

A recent analysis by Pew Research Center examined the sex ratio at birth in India. Since prenatal diagnostic technology was used to promote sex-selective abortions in the 1970s, India’s artificially high ratios of boys to girls has been narrowing. This follows years of government efforts to restrict selective abortion, including a ban on prenatal sex tests and an ad campaign urging parents to “save the female kid,” and coincides with broader social trends like increased education and affluence.

If the underlying input data and estimates about future trends of gender are accurate, projections show how populations will evolve. Unexpected occurrences like war, starvation, and disease, however, may have various effects on future. It might change the gender balance of the world by eliminating more men or women and by impacting migratory patterns of certain nations.