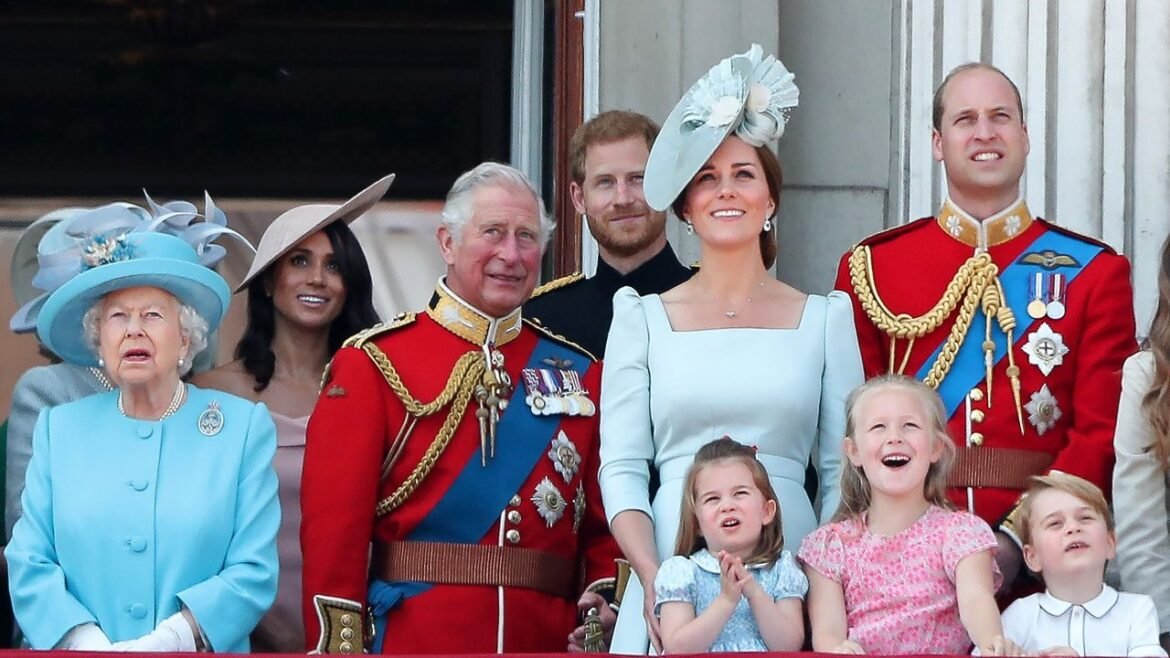 As King Charles takes over the British reign, questions have started appearing in public minds as to who’s who among the rest of the senior members of the Royal family? Considering the interest of our readers, we hereby present below the current state of affairs with relevant status quo in the British Royal Family as reported by France-based international news agency AFP:

King Charles’ popular eldest son is now heir apparent, and his modern and socially-conscious outlook — a legacy of his mother Diana — is seen to represent the family’s future.

The Duke of Cambridge is a vocal campaigner for environmental issues, and is credited with bringing a more relaxed and personal approach to royal duties and hands-on philosophy to raising children.

But he has endured the breakdown of his relationship with brother Harry, with whom he was previously extremely close, since the younger sibling married Meghan Markle and left frontline royal duties.

ALSO, YOU CAN READ: Queen Elizabeth II dies at 96, Charles is the king of the UK now

She stepped up appearances at her husband’s side as his grandmother Queen Elizabeth II retreated from the public eye, underlining her willingness to take on royal duties.

But she was also dragged into the William and Harry row, with Meghan accusing her of making her cry on her wedding day.

It has done little to harm her public popularity, with Kate and her husband now the most popular royals, according to the YouGov polling group.

Former British Army captain Harry’s roguish charm made him a much-loved family member, but the Duke of Sussex has since revealed that he was deeply unhappy in the confines of the role.

He and his American wife Meghan enjoyed a honeymoon period of popularity following their 2018 wedding, but they shocked the family and public by quitting frontline duties in 2020 and with their criticisms of royal life.

The couple now live with their two children, Archie and Lilibet Mountbatten-Windsor, in California.

Harry and William were briefly reunited for the funeral of their grandfather Prince Philip and at the unveiling of a statue to their mother in 2021.

A respected horsewoman, she was the first British royal to compete in the Olympics, at the 1976 Montreal Games, is president of the British Olympic Association, and a member of the International Olympic Committee.

She has two children, Peter and Zara, from her first marriage to Mark Phillips.

The former Royal Navy helicopter pilot, who saw service in the 1982 Falklands War, was stripped of his honorary military titles and charitable positions before he eventually settled a US civil case for sexual assault in February 2022.

Divorced from Sarah Ferguson, the couple have two daughters: Beatrice, who married Edoardo Mapelli Mozzi, a descendant of Italian nobility, in 2020, and Eugenie, whose husband Jack Brooksbank is a bar manager and brand ambassador.

In 2021, Beatrice gave birth to a daughter, Sienna, while her sister had a boy, August.

The Queen’s youngest son, the Earl of Wessex abandoned training to become a Royal Marine commando to go into theatre and television production before stepping up as a full-time royal.

He was widely ridiculed for organising a 1987 televised charity programme involving senior royals based on the popular Europe-wide “Jeux sans frontieres” format (“It’s a Knockout” in Britain).

But he has since been rehabilitated, notably taking over the chairmanship of his father’s Duke of Edinburgh’s Award scheme.

An accomplished horsewoman — she won a silver medal as a member of Great Britain’s eventing team at the 2012 Olympics — she married former England rugby star Mike Tindall, a member of the 2003 World Cup winning team, in 2011.

The couple have three children, Mia, Lena and Lucas.

He has two children, Savannah and Isla, from his marriage to the Canadian-born Autumn Kelly, which ended in divorce in 2021.