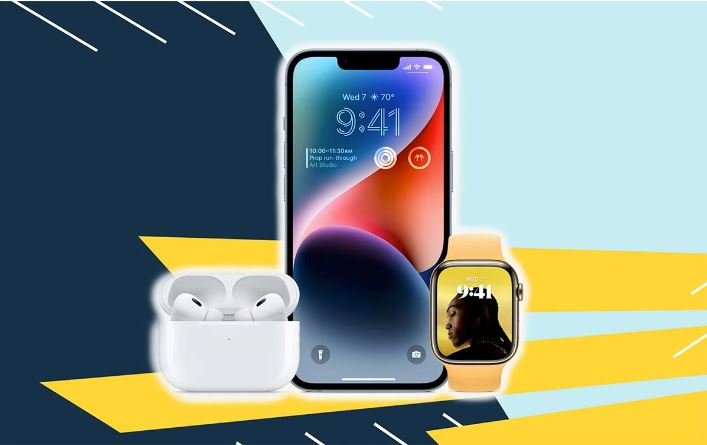 Apple Inc. has unveiled the yearly updates for its iPhone 14 models, AirPods, and Apple Watch. At a launch event in the US on Wednesday, Apple announced the iPhone 14 and Apple Watch, which includes car crash sensing technology and emergency satellite communication.

The iPhone 14 series mostly maintain the iPhone 13’s appearance. Even though Apple didn’t make any big changes to the design or come out with completely new products, there were some new features that could intrigue people who want to buy a new device. Such as there are choices to assist individuals when unfortunate events occur – like vehicle crash detection. Additionally, the new iPhones have the capability to connect to satellites from an iPhone in an emergency.

This time Apple has launched 4 models of iPhone. Pre-order begins September 9 with the iPhone 14 and iPhone 14 Plus becoming available on September 14 and October 7 respectively. Additional capabilities like crash detection, eSIM compatibility, and video stabilisation has been added to all models. Apple has specially focused on emergency assistance. Therefore, high acceleration sensor on these models can also automatically contact emergency SOS in the event of an emergency or crash.

The key additions are:

This will be the latest favourite of those, who lose their AirPods frequently or don’t remember where they kept it. Users used to face issues about it and seems like Apple paid a heed to the problems.

Are you an athlete or sportsperson? Then this gadget might be interesting for you

The latest addition in the Apple family is Apple Watch Ultra. The new sports-oriented Apple Watch is built for action sports like mountain climbing, swimming and trailing. It has compass and can also measure the water temperature. Crash detection and emergency SOS are available, just like all the new technology from Apple. The features include WR100 water resistance alongside EN13319 standard for underwater use. It has the biggest battery of Apple Watch models yet, with 36 hours on single charge and up to 60 hours using an upcoming battery optimization feature.

It was undoubtedly a more intriguing launch than in previous years for the Apple enthusiasts.

Apple is promoting its gadgets as tools for health and safety. Tim Cook, the CEO of Apple calls the products as “essential.” But in reality, these are interesting updates for a small group of people as users will hope they never have to use these features.