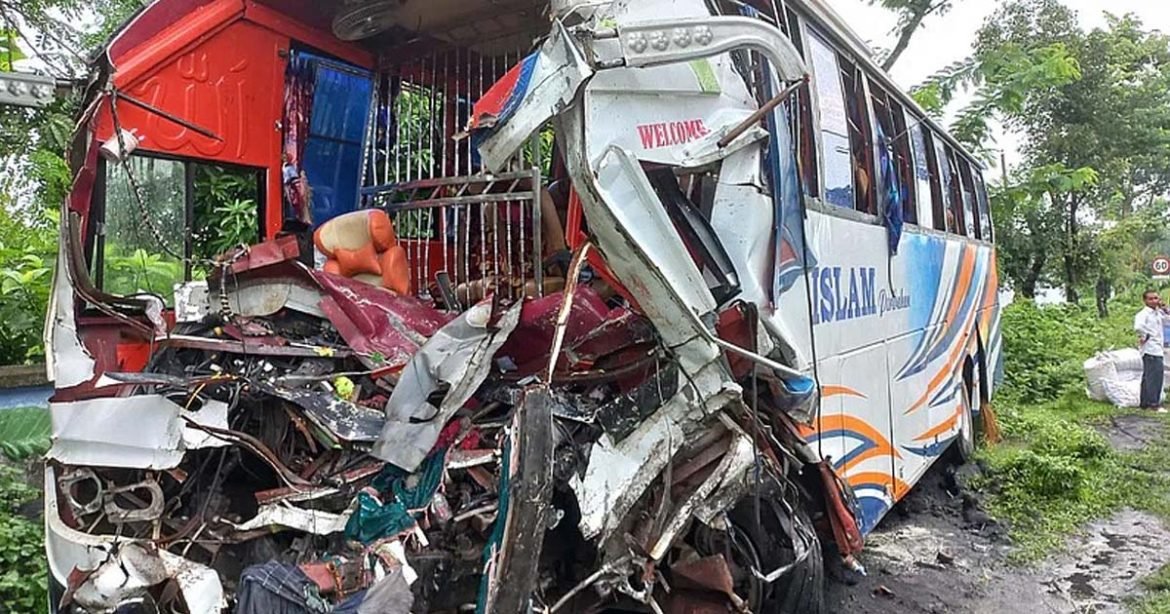 Since the turn of this month, there have already been at least 16 reported deaths in road accidents with August witnessing at least 519 more deaths and 961 injuries in staggering total of 458 accidents across the country, which has been confirmed by the Road Safety Foundation in a press statement. From September 1 till now, we can see at least 16 official death counts and 47 listed injuries from various newspapers. Nine people died with at least 40 more sustained injuries in a Rangpur bus accident today (September 5). Unfortunately, the number is on the rise since the morning. Another person also died today after being hit by auto-rickshaw in the capital’s Jatrabari. Four more injuries and one death case was reported in a truck-microbus collision in Chattogram.

On September 4, two students died in train accident in Kushtia. Previously, two people died in Bogura following bus accident. On September 3, a CU teacher died following a car collision. However, these data do not depict the original number of accidents as there has been far more unofficial deaths and injuries all over the country. The August data could be gathered by the Road Safety Foundation (RSF) based on articles from electronic media, seven online news portals, and nine national dailies. Of the 519 deceased, there were 64 females and 69 children. The press release also said a total of 172 people died in 183 bike accidents. This count was 33.14 percent of all deaths. Last month saw 94 drivers and helpers along with 109 pedestrians getting killed in accidents. Waterway accidents killed at least eight people and left six others missing in 11 river accidents.

A total of 24 more people lost lives in train accidents. Of the total accidents, 252 occurred on national highways, 199 on local roads, 109 in rural areas, 64 on city roads, and 8 in other locations. 27.72 percent of the accidents took place in Dhaka division, 15.28 percent in Rajshahi, 21.61 percent in Chattogram, 10.08 percent in Khulna, 8.80 percent in Barisal, 4.14 percent in Sylhet, 8.95 percent in Rangpur, and 7.42 percent in Mymensingh. Dhaka division had the largest number of recorded accidents with 127 of them resulting in fatalities to a total of 242 persons. According to the report, Sylhet division had the lowest death toll among all divisions with 21 deaths. RSF identified a few of the most significant factors that cause the increase of vehicular accidents. The reasons include – vehicles with no fitness, incompetent and sick drivers, low-speed traffic on highways, reckless motorcycling by young people, people who don’t follow traffic rules, bad traffic management, inefficiency on part of the BRTA, and extortion in the relevant sector.