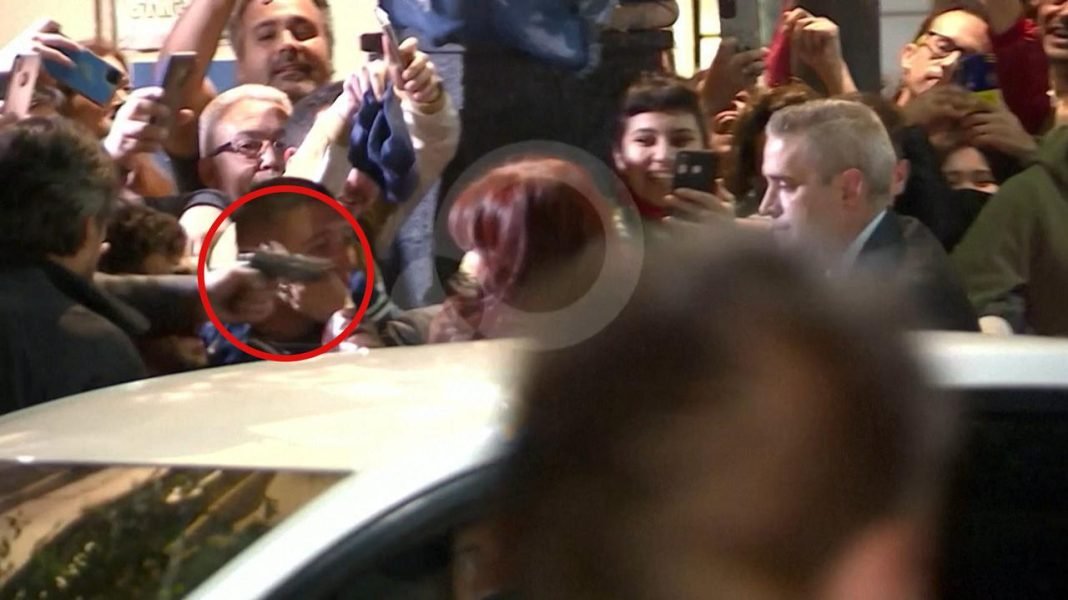 Argentine Vice-President Cristina Fernández de Kirchner, who also served the country as a former President, has had an apparent escape from an assassination attempt. Later, her supporters and law enforcers talked elaborately about the failed attempt that sent a shockwave across the country and even beyond the border with people in chorus condemning the heinous act.

In the late evening of September 1, the Vice-President was walking back to her apartment in Buenos Aires when a man jumped out of nowhere and pointed a loaded gun right at her face. Miraculously, the gunman’s rifle jammed and she could flee uninjured. Live television cameras captured the attack. A man was seen pushing through a group of supporters and aiming a gun at Fernández de Kirchner.

The attacker was quickly arrested and identified as Fernando Andrés Sabag Montiel. He is a Brazilian citizen who has lived in Argentina since 1998 and is 35 years old. Police have not speculated on a motive for the attack, which comes amid political tensions and economic crises.

The attack was condemned by political leaders all over the world and Pope Francis. People marched in cities all over Argentina to oppose political violence and to show their support for the country’s Vice-President. But Ms. Fernández de Kirchner is yet to discuss about the attack in public.

Cristina Fernández de Kirchner ruled Argentina as President from 2007 to 2015. She was also first lady for four years before that. She is a lifelong politician and a divisive figure. Since the year 2019, she has been serving as Vice-President.

According to police sources, the assassin Montiel worked as a driver and rented rooms in the Villa Zagala neighborhood of the capital. Police found 100 bullets during a raid in his property. Police sources also revealed that, the suspect had previously been detained for possession of illegal weapons. The individual has a Nazi tattoo, according to pictures from his social networks.

The attack was dramatically shown in videos and pictures that went viral on the same day of attack. It showed Fernandez de Kirchner crouching and hiding her face with her hands as the gun was moved toward her head. Then, supporters outside her home dragged a man into their cars.

President Alberto Fernández called it Argentina’s gravest incident since the country returned to democracy in 1983. “Cristina remains alive because, for a reason that has not yet been technically confirmed, the gun which contained five bullets did not fire despite the trigger having been pulled,” the president stated. He even declared a public holiday on Friday.

The attack happened while the vice president was on trial for alleged acts of corruption. It is from the period while she was president from 2007 to 2015. A prosecutor demanded a 12-year prison sentence in recent weeks. However, Cristina strongly denies the charges, which have led her supporters to gather around her home in Buenos Aires.

During her time as president, she’s been accused of running a secret group that channeled state money into public works contracts that went to a family friend. Cristina claims to be a victim of political and judicial persecution and has frequently stated her innocence.

Since she is the Senate President, Ms. Fernández de Kirchner has parliamentary immunity. She wouldn’t go to prison until the nation’s Supreme Court upheld her conviction or she lost her Senate seat in the future elections at the ending of 2023.

Cristina has immense support from her followers, regional leaders and international influential. Many has called Cristina as the most significant Argentine politician in the last 30 years. But while there are many people who support Fernández de Kirchner, she has also turned into the target of hate from people on the political right.

Sooner or later, further investigation of the assassinator might reveal the real motive of assassination of Cristina Fernández.
However, it is assumed that the political situation could be one of the reasons for planned assassination.