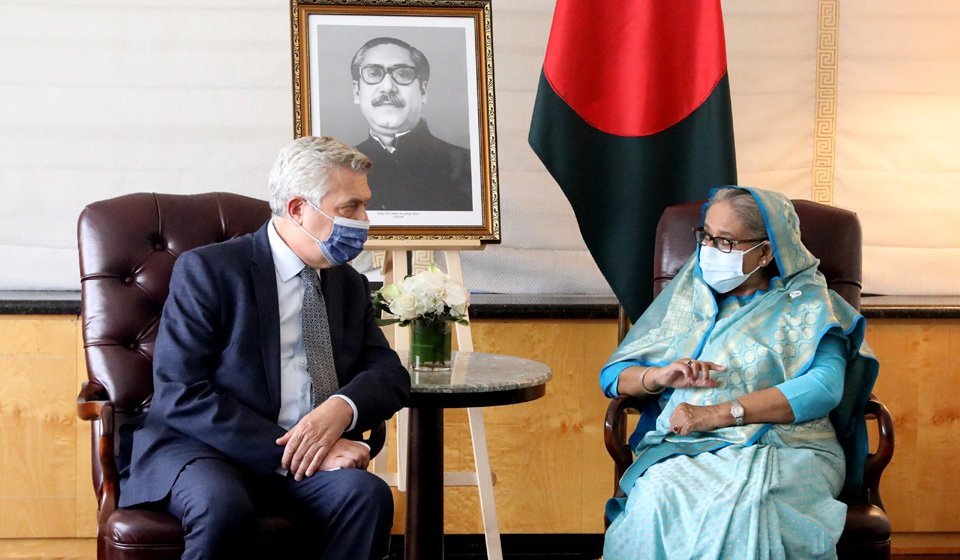 Prime Minister Sheikh Hasina has emphasised on strengthening the activities of the UNHCR in Myanmar on the issue of Rohingya repatriation.

She raised the issue during a meeting with UN High Commissioner for Refugees Filippo Grandi in New York.

Filippo Grandi, in response, confirmed that he will visit Myanmar soon.

About the Rohingya crisis the country currently facing, the foreign minister said, “We are now in a very strong position, we have sealed our border so that no new Rohingyas can enter Bangladesh. In the meantime, some new Rohingyas have moved to the area of China, they did not dare to come towards us.”

At this time, he expressed hope that the displaced Rohingyas staying in Bangladesh will return to their homeland.

The foreign minister said, “Prime Minister Sheikh Hasina has reiterated her call to the international community and the UN to play a more active role in the repatriation of the forcibly displaced Rohingyas to their motherland Myanmar.”

Meanwhile, Sheikh Hasina emphasised on increasing the activities of UNHCR in Myanmar to solve the Rohingya crisis. The Prime Minister said that the Rohingya crisis can only be solved by repatriating the forcibly displaced Rohingyas to their motherland, Myanmar. At that time, the UNHCR High Commissioner also agreed with her.

In the meeting, they discussed in detail the current activities of UNHCR in assisting the Rohingya refugees in Cox’s Bazar and Bhasan Char, Bangladesh. Later, International Criminal Court (ICC) Prosecutor Karim Ahmad Khan met the Prime Minister at the same place. They discussed various aspects of cooperation between Bangladesh and ICC.

The Prime Minister assured the ICC Prosecutor that Bangladesh will continue to cooperate with all ongoing efforts of the ICC to ensure justice and accountability for the Rohingya in Myanmar. In the meeting, Karim Ahmad Khan expressed his interest in visiting Bangladesh early next year.