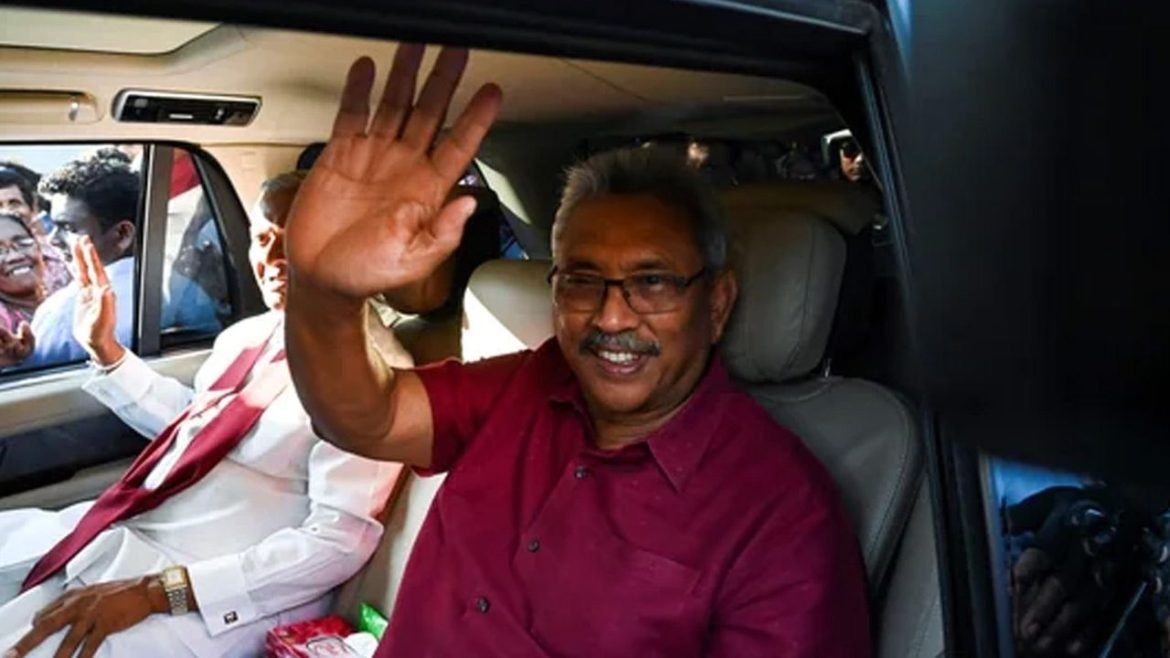 Upon Rajapaksa’s arrival, the former leader was given a government-owned mansion in Colombo, where he was greeted by parliamentarians from his party. The motorcade he was traveling in was highly guarded by armed soldiers.

The former President is, however, yet to explain why did he travel to three Asian countries in recent weeks amid unprecedented economic and political disorder at home or why did he decide to stage a comeback now.

Analysts and sources concerned are of the view that Gotabaya Rajapaksa may have run out of countries willing to let him enter or stay after his temporary stays in Maldives, Singapore and Thailand.

However, a Reuters report on August 23 said the cost of maintaining his overseas lifestyle that included a private jet, presidential suite and security had already mounted to hundreds of thousands of dollars.

Only two months back, tens of thousands of protestors had attacked his home and office to show rage over the nation’s economic difficulties. On July 13, the expelled leader, his wife, and two bodyguards left on an air force plane for the Maldives. From there, they went to Singapore, where he gave his official resignation.

Sri Lankans blame Rajapaksa’s govt. for the worst economic crisis the island has ever had. Due to a fall in foreign currency, there were huge deficiency of food and fuel. After food and fuel prices rose dramatically, protests started in April. People began camping out in front of the president’s office for the resign of Rajapaksa.

Many blame the once-dominant Rajapaksa family for gravely mismanaging the economy and pushing it into disaster. However, international events like the Covid outbreak and Russia’s invasion of Ukraine also made bankrupt country ‘s crisis worse. Rajapaksa, an ex-military officer, was chosen on the promises that he would improve the country’s economy and maintain national security.

Sri Lanka has paused paying back almost $7 billion in foreign debt that was due this year. The country owes more than $51 billion to foreign parties, and has to pay back $28 billion by 2027. President Ranil Wickremesinghe-led current government of Sri Lanka has reached a provisional four-year agreement with IMF for a $2.9 billion bailout package aimed at the country’s recovery.

Meanwhile, the World Bank has helped restore supply of cooking gas there. There are still shortages of fuel, life-saving medications, and foodstuffs. The government has simplified fuel supplies in recent weeks with a pass. Only registered vehicles with a QR code can purchase fuel at gas stations. However, there are still lines outside gas stations because of the high demand for fuel. Shops carry essential foods. But they are expensive due to the inflation rate, which is currently at 65%.

Since Wickremesinghe became president, rights groups claim that the government has been forceful toward protesters. In the past few weeks, police have arrested dozens of people. However, most of them have been freed on bail. Three student union leaders who led the protests have been imprisoned under the cruel Prevention of Terrorism Act.

A well-known protest leader, Father Jeewantha Peiris said, “People came to the streets because of the alleged corruption against his government. We don’t have any personal enmity against him.” Other activists said they will prevent Mr. Rajapaksa’s attempts to re-enter politics or the administration.