What can be expected from PM Sheikh Hasina’s upcoming visit to India? 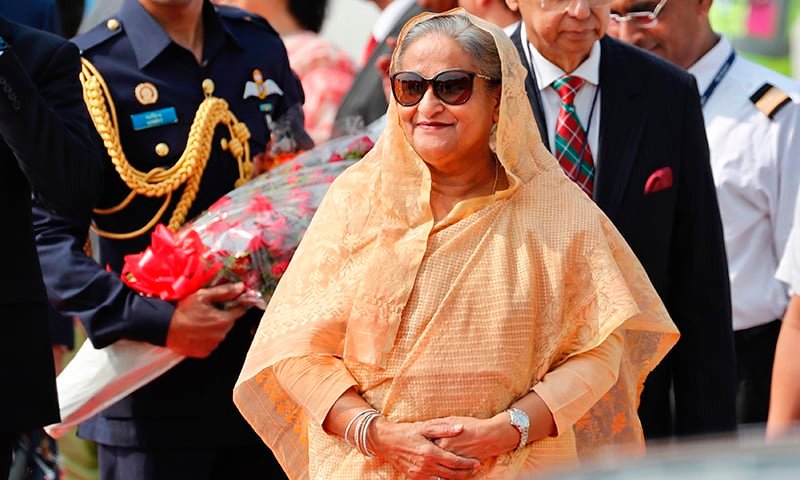 HPM Sheikh Hasina is scheduled to visit India between September 5 to September 8 of this year. This is going to be her third official trip to India. Sheikh Hasina will be in Delhi while global and regional geopolitics are tense and unclear. Bangladesh and India are each other’s closest allies. In the last 50 years of Bangladesh’s independence, the leaders of the government of the two countries have met on multiple occasions. Several bilateral issues were solved to the benefit of both nations on these occasions. Hopes are lifted that the two nations would make major gains in solving some of their unsettled challenges from this visit.

We can presume that this visit will advance bilateral ties on various fronts. There has been noticeable development in ties among several areas over the last few years, some of them are phenomenal. The most important ones have been multimodal connectivity, which includes energy connectivity, trade with the prospect of a sharp rise in Bangladeshi exports to India, infrastructure projects financed by India, defense ties, security cooperation, cultural cooperation, and general people-to-people contact. These will almost certainly be strengthened as a result of the visit.

The Rampal power station is likely to be jointly inaugurated by Prime Minister Sheikh Hasina and her Indian counterpart Narendra Modi in September. The Bangladesh-India Friendship Power Company is a 50:50 joint venture between the Bangladesh Power Development Board and National Thermal Power Corporation. It is building the power plant, known as Maitree Super Thermal Power Station, for a cost of $1.5 billion.

The governments have not issued an official statement, but reports indicated that the conference would cover water-sharing agreements for the Teesta and other rivers. Despite speculation, no agreements were reached on the Teesta River in the JRC meeting held on August 25, 2022. As Bangladesh has demanded an equal allocation of Teesta waters from India, the Teesta River dispute is a key topic of discussion in their bilateral negotiations. To share surface waters at the Farakka Barrage, which is close to their shared border, the two nations inked an agreement in 2011. Mamata Banerjee, the chief minister of West Bengal, repeatedly objected to the proposed agreement, therefore it was terminated. But the visit can bring surprise development to the issue.

Another MoU that is expected to be signed in on the water sharing of the Kushiara river in Bangladesh’s Northeast. Bangladesh wants to use the water of Kushiara to cultivate 5000 acres of land in the Sylhet region according to a recently held JRC meeting.

India wants to begin talks with Bangladesh to sign a Comprehensive Economic Partnership Agreement (CEPA) as soon as possible. It is expected that the negotiations would start during PM Hasina’s visit to India. To boost bilateral trade and collaboration generally, Bangladesh and India first discussed the prospect of signing a CEPA agreement in 2018. The two countries’ trade ministers decided to launch a joint feasibility assessment on signing CEPA the same year.

A feasibility study was done jointly by the Bangladesh Foreign Trade Institute (BFTI) and the Centre for Regional Trade of India, and its findings were presented to the Ministry of Commerce (MoC). The MoC in Dhaka recently called a conference to discuss the findings of the joint study. It implied that the CEPA talks with India could begin soon to keep the benefits Bangladesh received under the South Asian Free Trade Area (SAFTA) agreement.

When Sheikh Hasina visits New Delhi, discussions about defense cooperation and regional stability in South Asia may come up. These subjects are all related to one another. As the Rohingya problem is unresolved, it is unclear if any regional stability is possible.

Any state visit between Bangladesh and India carries special significance and is monitored closely. The following one will not be any different. This visit holds added importance because both Bangladesh and India will have national elections in 2024. The outcome of the visit can have a significant effect on the polls of both countries.