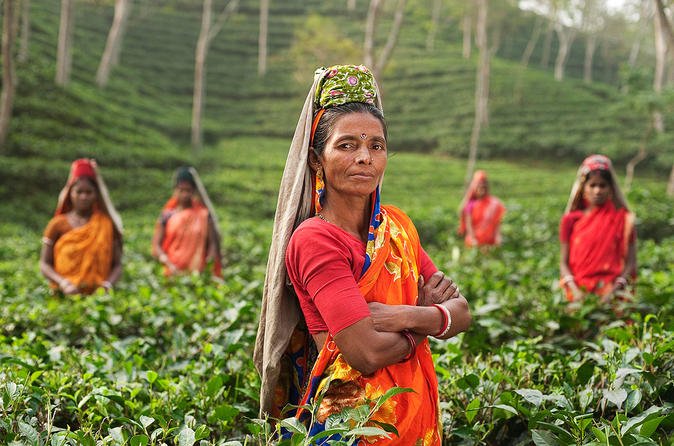 The labor of tea workers allows Bangladesh to produce a record amount of tea annually. Thanks to the nation’s hard-working, unpaid tea workers, a record 96 million kg of tea were produced there in 2021. With demand for raises in wages, tea workers went on a full-on strike on August 13, 2022. They demanded an increase in wages from Tk 120 to Tk 300. After several discussions, meetings, and strikes tea garden workers in Moulvibazar continued on strike for 15 days. On August 27, 2022, In an attempt to improve the working and living conditions of tea plantation workers in Bangladesh, Prime Minister HPM Sheikh Hasina announced that tea workers’ wages will be increased to Tk 170 (US$2.1) per day. It is hoped that the increase in wages will help to improve the lives of tea workers and their families and make the tea industry more sustainable in the long term. Tea workers have agreed to the higher pay and have opted to return to work.

A meeting was held in Ganabhaban between the prime minister and the thirteen-member committee of tea garden owners. They discussed the pay increase demand of tea garden workers. HPM has set the tea worker’s pay at TK 170. “They (tea workers) put in a lot of work, and the owners earn. Everyone has a duty to take care of their wellbeing,” PM Sheikh Hasina remarked. Ahmad Kaikaus, the PM’s Principal Secretary, added that HPM also asked the employees to end their work abstention and resume their duties. workers’ other benefits, like the plucking bonus (pay for picking more tea leaves), festival bonus, earned leave and sick leave allowances, provident fund, ration card, and retirement benefits, will also be increased proportionally, he added.

Every two years, the Bangladesh Tea Association (BTA) – the organization representing tea garden owners, and the Bangladesh Cha Sramik Union (BCSU)- the collective bargaining agent (CBA) for the tea workers sign a contract defining the wages and other privileges of the tea workers. BTA consistently dominates over BCSU in talks between these two parties and vice versa.

The last deal between BCSU and BTA was signed on February 25, 2021. It fixed the daily cash pay to Tk 120 for “A” class tea gardens, Tk 118 for “B” class gardens, and Tk 117 for “C” class tea gardens. The agreement was signed after the legal brief. The tea workers and their union’s main message to the owners was that they were tired of the owners’ attitude about their salaries. However, given the existing history of salary increases, the 300 Tk daily cash pay that the BCSU is demanding is impractical.

Since August 9, around 1,250,000 workers in the country’s 241 tea gardens have been striking for an increase in their daily wage from Tk 120 to Tk 300. From August 9 to 12, they took a two-hour daily break from work. Then they have begun a full-scale strike on August 13. On August 21, some union officials decided to call an end to the strike and accept a wage increase to Tk 145. However, the majority of the employees objected. They persisted in refusing to work. Workers from many tea gardens, including Dewrachara, Premnagar, Majdihi, and Hamidia, blocked the Berir Par crossroads of the Dhaka-Moulvibazar regional highway on August 25, 2022. They held a rally there for about an hour to demand a pay increase. Workers staged protests, created human chains, and blockaded roads and rail tracks during the past two weeks to drive home their demand.

Tea workers are one of Bangladesh’s most neglected, disadvantaged, and underprivileged groups in the country. The major issue they have is a lack of wages. A worker’s family’s income is well below the poverty line, severely depriving them. This time, they have witnessed how the owners have taken control of the Minimum Wage Board and maintained insecurity over their future. Currently, the tea workers are happy with the recent wage rate and thanks to HPM Sheikh Hasina for securing a raise in their salary. Expressing joy after the verdict of the HPM, Nripen Pal, general secretary of the central committee of the Bangladesh Tea Workers Union, said: “We got what we wanted. We are eternally grateful to the PM for fixing standard wages,” he added.

India win in a nail-biting thriller against Pakistan