India win in a nail-biting thriller against Pakistan 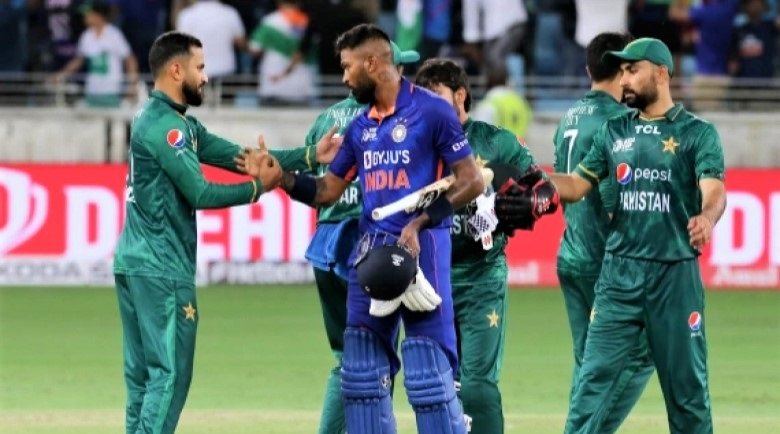 India vs Pakistan high-voltage match! Naturally, excitement was high on and off the field. The touch of that excitement came even in the twenty-two yards. India had the last laugh in an exciting match that settled on the last over on August 28. 10 months ago, India got off to a shaky start in the T20 World Cup, losing to Pakistan by 10 wickets at the Dubai International Stadium. Rohit Sharma’s team did not let that happen in this year’s Asia Cup. But this victory was not easy for the Indians.

Pakistan held India tight with a moderate score of 147 runs. Pakistani bowlers dominated the middle overs by taking wickets at regular intervals. At one point it seemed that either team could win the match. However, with Hardik Pandya’s brilliant batting at the end of the nail-biting thriller, India won by 5 wickets against Pakistan.

ALSO, YOU CAN READ: SPORTS – THE UNSEEN ARM OF GEOPOLITICS

Hardik Pandya’s all-around brilliance helped India seal a superb win in a low-scoring thriller in the ongoing Asia Cup against Pakistan. He returned a crucial three-for and later a timely 33 not out of 17 which ensured India chased down the target. Chasing 148 for victory, Ravindra Jadeja, who hit 35, and Pandya put on a key fifth-wicket stand of 52 as India achieved the target with two balls to spare. With the five-wicket win, India started off their campaign on a high.

India bowled first to restrict Pakistan to 147 runs in the second match of the Asia Cup at the Dubai International Cricket Stadium on August 29. 147 runs is not a big score in modern T20. Moreover, Sharjah’s wicket was also good. But Pakistan fought a great battle with this total. Naseem Shah, who came down to play the debut match in T20, bowled brilliantly to take the wicket of KL Rahul for nought as the opener dragged an express delivery on to his stumps.

After the initial shock, former Indian captain Virat Kohli and current captain Rohit Sharma were pulling the team. The two overcame the shock by picking up 49 runs for the second wicket. But Pakistan spinner Mohammad Nawaz brought back Kohli (35 from 34 balls) and Rohit (12 from 18 balls) with a gap of 3 runs. India was put under more pressure when Nasim Shah removed Suryakumar Yadav’s stamp after India scored 89 runs.

Ravindra Jadeja and Hardik Pandya, who came to the crease at number four in the batting order, stood up brilliantly. Keeping the wicket, the two advanced. The latter equation, however, proved difficult. India needed 51 runs in the last five overs. But India was able to pay for the hard work with Pandya’s excellent batting.