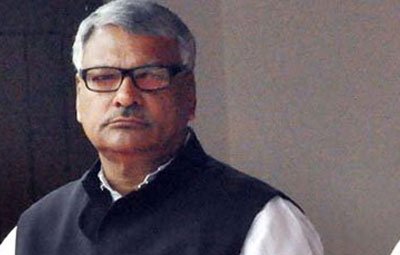 Shamsul Haque Tuku, former state minister for home affairs and MP of the Pabna-1 constituency, is the next Deputy Speaker of the Jatiya Sangsad. The Secretariat of the Parliament has verified this information. The 11th National Parliament’s 19th session will officially start today with the appointment of the Deputy Speaker. Today at 7 p.m., President M Abdul Hamid will deliver the oath to him.

Mr. Tuku was elected to Parliament for the first time in the ninth Bangladesh parliamentary election. It was held in 2008, representing the Pabna-1 constituency. In 2009, 2014, and 2018 elections, he was elected as a member of parliament with the boat symbol. He served as State Minister of Home Affairs for the Awami League administration led by HPM Sheikh Hasina from 2009 until 2014. He is a member of three Parliamentary standing committees. They are -the Ministry of Home Affairs; Law, Justice, and Parliamentary Affairs; and Public Accounts. Currently, he serves as the President of the same Ministry’s Parliamentary Standing Committee.

Shamsul Haque Tuku was born on May 31, 1948. He holds master’s degrees in the fields of communication, arts, and law, respectively. Along with being a politician and parliamentarian for Bangladesh, he is a lawyer.