Everyone is suffering from US sanctions on Russia: PM Sheikh Hasina 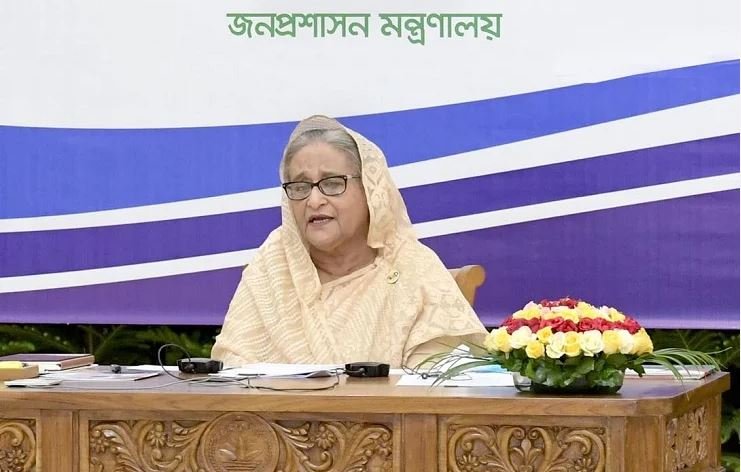 Prime Minister Sheikh Hasina has commented that the whole world is suffering from the consequences of the US sanctions imposed on Russia in the wake of the Russia-Ukraine war. She said this on Saturday while participating in the Bangabandhu Public Administration Medal awarding ceremony at Osmani Memorial Auditorium in the capital from Gana Bhavan. The Prime Minister highlighted the world situation and said, ‘This war in Ukraine is another blow. America immediately imposed sanctions on Russia. Exchanges in dollars, SWIFT has been discontinued. Not only countries like us, but also the developed countries are the victims in this circumstance.

She also said “Due to this one decision, all aspects of buying fertilizer or buying food or buying fuel oil are being hampered. The whole world is in a terrible state today. I think that if one thinks that a country can be taught a ‘lesson’ by giving a sanction, the lesson that it has taught is the lesson that everyone is now suffering.

The head of government urged the government officials not to be disappointed in this crisis maintaining their confidence.