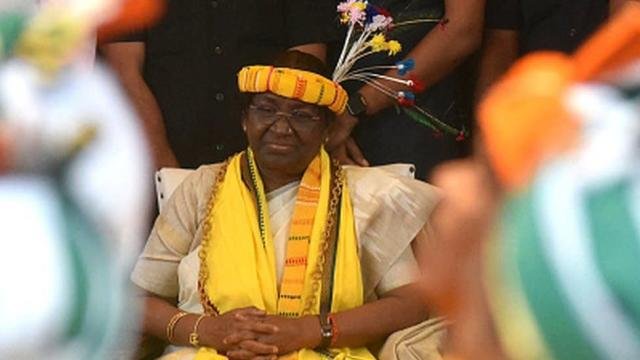 64 years old Murmu is the country’s first Adivasi and the second woman to be named First Citizen and Supreme Commander of India’s Armed Forces. In 2015, she was sworn in as Jharkhand’s first female governor. In addition to that, Murmu was elected to the Odisha Assembly twice, in 2000 and 2004, and served as a Minister in Chief Minister in Naveen Patnaik’s BJD-BJP coalition administration from 2000 to 2004.

Murmu earned 2,824 votes after four rounds of voting, while Sinha received 1,877 votes. She earned 64.03 percent of all valid votes cast, far higher than what was officially announced in her favor and indicating that there had been a significant amount of cross-voting in Murmu’s favor from the Opposition ranks.

The tribal population is 104 million, accounting for more over 8.6 percent of the total population, according to the 2011 Census of India. Mostly living in Bihar, West Bengal, Jharkhand and Odisha. Originating from Santhal heritage, Murmu is considered as a competitive and ideal candidate for President run. She has a long history in politics and government, having served as a lawmaker, minister, and governor.

A total of 4,809 voters are eligible to vote in the election, including 776 MPs and 4,033 elected MLAs, although nominated MPs and MLAs, as well as Members of Legislative Council cannot vote. According to the Election Commission, almost 99 percent of total electors voted in the poll that took place on Monday.

Everyone is suffering from US sanctions on Russia: PM Sheikh Hasina