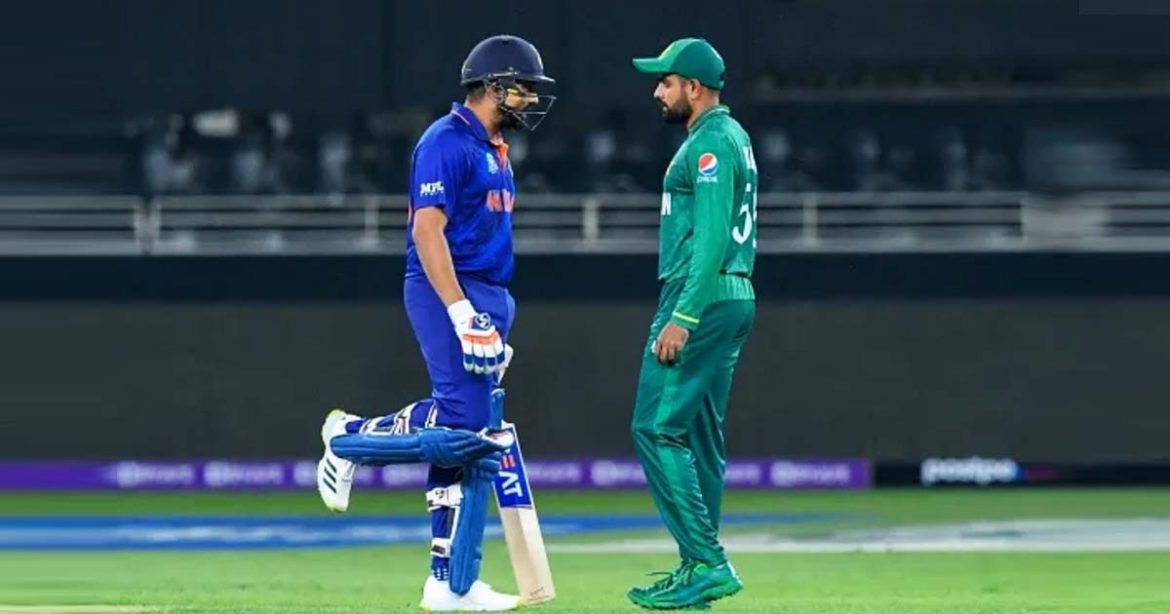 India and Pakistan are two neighbours of South Asia. Political tension has been going on between the two countries for 70 years. They have engaged in frontal battles several times on various issues. When these two countries face each other on the cricket field, the antagonism outside the field spreads there as well. Bilateral series is not played for a long time between the two countries due to political conflicts, neither are visits to each other’s camps. So cricket lovers have to wait for the world and continental competitions to watch the most interesting duel in world cricket. Nine months after the last Twenty20 World Cup, India-Pakistan is facing each other again. The world will witness the clash of two cricket superpowers tonight in the Asia Cup.

Also, you can read: India and Bangladesh: The Anchor and Trailblazer of South Asian Political Dynamics

Pakistan has always been helpless against India in the world and continental events. However, Babar Azam’s team changed all calculations in the last Twenty20 World Cup. Shaheen Afridi brought India to the ground and Babar-Rizwan takes Pakistan on-shore with a huge victory of 10 wickets. The wound of the defeat in the last year’s Asia Cup has not yet dried, but it goes without saying that India will try to take revenge on Pakistan in the Asia Cup.

Before the Asia Cup, however, India is ahead of Pakistan on most criteria. Pakistan is historically behind India in T20. In this smallest format of cricket, the two teams have met nine times so far, out of which Pakistan won only twice, all six times the match has ended with a smile on the faces of the Indians. The other match is a tie. Pakistan is behind India in the current T20 ranking too. While India tops the table, Pakistan is placed third. History speaks for India in the Asia Cup as well. The two teams have met 14 times in this tournament of continental excellence, of which 8 times India and 5 times Pakistan have had the last laugh, the other match being abandoned. The most successful team historically in the Asia Cup is India, the champions of the last two editions. So far, they have won the title 7 times out of 14 seasons. Pakistan, on the other hand, has tasted continental superiority twice. Pakistan won the title last time by defeating Bangladesh by two runs in the 2012 Asia Cup final.

Both teams are suffering from injury problems before the start of the 2022 Asia Cup mission. One of India’s best pace bowling stars Jasprit Bumrah and Harshal Patel were knocked out of the field with injuries before the team of the tournament was announced. On the other hand, Pakistani pacer Shaheen Shah Afridi, one of the heroes who defeated India in the last Twenty20 World Cup, is also out of the field with a knee injury. At the last minute, ‘controversial’ pacer Hasan Ali got a chance to replace him in the Pakistan team.

It is only a matter of hours to know whether India will be able to take revenge for the T20 World Cup or whether Pakistan will continue to dominate its unfriendly neighbours. India-Pakistan will face each other in their first match in the ‘A’ group of the Asia Cup at the Dubai International Stadium in the United Arab Emirates on Sunday at 8 pm Bangladesh time. The match will be telecast live on Star Sports 1 and Nagorik TV Bangladesh.