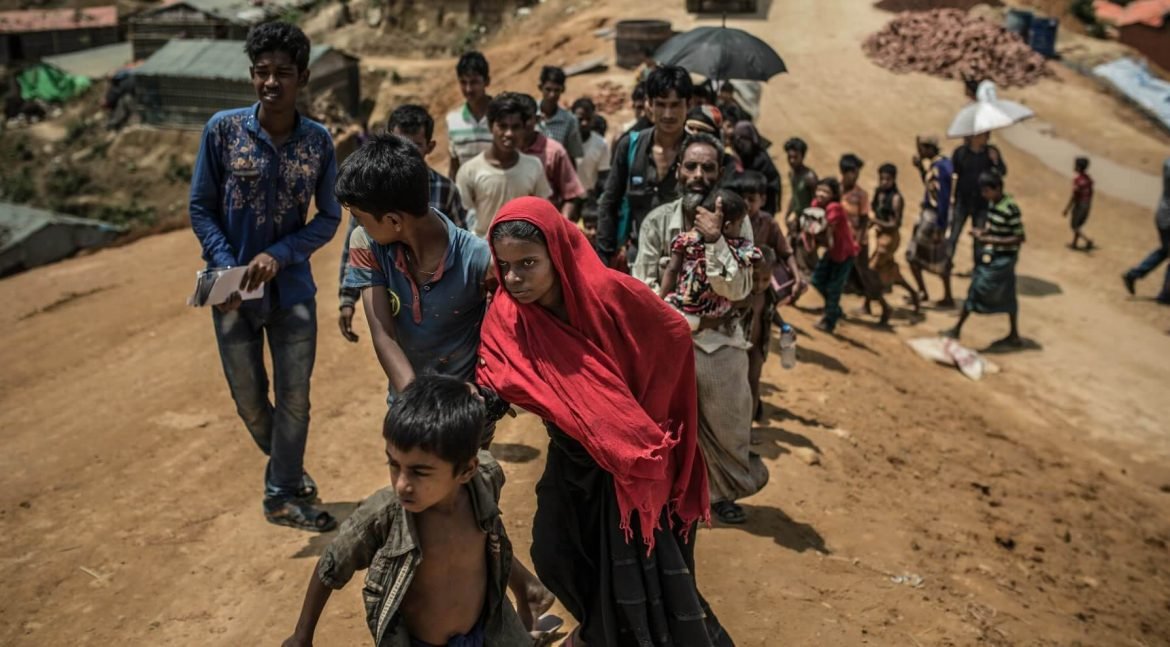 On 25th August 2017, Armed forces in Myanmar started a military operation in Rakhine state targeting its Rohingya population. More than 742,000 Rohingyas have migrated to Bangladesh from Myanmar since. They fled the Myanmar military’s mass murders, village burnings, extortion, and rape. Bangladesh opened its border to the refugees on humanitarian grounds and built refugee camps in the neighboring Cox’s Bazar district.

In November 2017, Bangladesh and Myanmar consented to a Memorandum of Understanding (MoU) for the safe return of Rohingya. But in the past five years, not a single member of the deported group has been repatriated. Since 2017, even two formal attempts to start the repatriation have failed. However, the assaulted Rohingyas are not ready to go back without citizenship rights and safety guarantees from the UN. The Myanmar government also has been very unresponsive to the MoU of Rohingya repatriation.

There are more than 1.1 million Rohingyas who have taken shelter in Bangladesh. These refugees live in 30 camps on 6,000 acres of land. It has become the biggest refugee camp in the world. Bangladesh has given shelter and provided basic needs as much as possible to the Rohingya. The arrival of Rohingya has put pressure on the Teknaf and Ukhia Upazilas of Cox’s Bazar. In the last 5 years, the Rohingya now make up at least a third of the total population in these areas. Bangladesh faces many risks and problems because of this refugee crisis, such as human trafficking, militancy and terrorism, and problems with border security. Even though the government and local and international NGOs are helping them in many ways. But terrible things have been happening in the Teknaf-Ukhiya region that has caused some new worries. They are causing long-term social problems in the country.

The Rohingyas have been involved in many crimes, such as kidnapping, selling drugs, illegally trading fake money, stealing, and smuggling gold. Law enforcement officials said that the Rohingya are hard to control. Hundreds of them have been arrested and charged with many crimes over the past few years. Police say that most of the criminals who sell drugs like Yaba, Ice, and Phensedy are Rohingyas. From 2017 to June of this year, 462 Rohingya men and women have been arrested in Chittagong, according to the Chittagong Narcotics Control Department.

According to the Home Minister of Bangladesh, Asaduzzaman Khan Kamal, Chattogram police caught 34.76 million yaba pills in 2016. However, that number rose to 1.2 million in 2018 and 2.59 million in 2021. “We discovered that after the Rohingya influx, the number of seizures significantly increased. The Rohingyas are not yaba users. They are the ones who smuggle it.” He made this statement while speaking at a conference on “Rohingya & Narco-Terrorism” on July 20, 2022.

Since December 2020, the Bangladeshi government has resettled nearly 20,000 Rohingya refugees on Bhasan Char, a remote silt island in the Bay of Bengal. Due to the island’s isolation and susceptibility to periodic floods and cyclones, the proposal has been widely criticized internationally. But none from the international community has come forward with an alternative plan. Neither has anyone put conceivable pressure on Myanmar on the repatriation of the refugees. This has left Bangladesh almost alone to deal with the problem.

Bangladesh is already an overpopulated country. After five years of the refugee crisis, Bangladesh has been vulnerable and stressed from having so many refugees. These refugees are now posing a huge threat to the native communities.