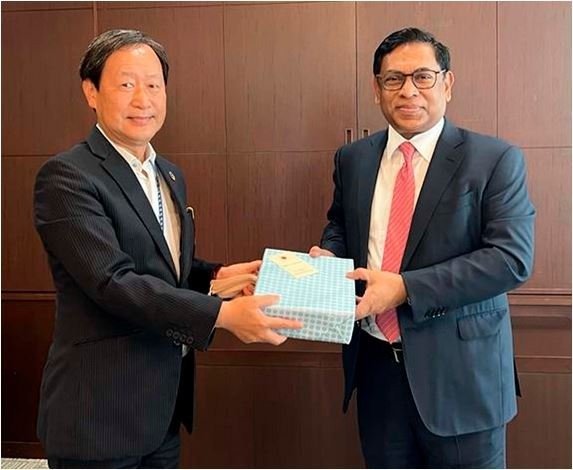 Japan International Cooperation Agency (JICA) will continue to work with Bangladesh in order to enhance the capacity of the South Asian country’s power and energy sector.

YAMADA Junichi came up with the assurance on Wednesday during a meeting with State Minister for Power, Energy and Mineral Resources Nasrul Hamid at the JICA head office in Japan, said a press release.

What did JICA Chief say?

The JICA Chief laid emphasis on signing a Memorandum of Understanding (MoU) for enhancing the capacity of the Bangladesh Power Management Institute and assured the state minister that JICA would stand beside Bangladesh with financial and technical support for technological development of its power and energy, energy transmission and distribution.

What did the State Minister say?

Nasrul Hamid thanked JICA for its continued financial and technical support for Bangladesh energy and power sector and said Japan is a tested friend of Bangladesh and there is more scope to work together in the area of marine energy as importance of renewable energy is increasing globally. He sought Japan’s cooperation for building a prosperous Bangladesh by 2041 as planned by the present government.