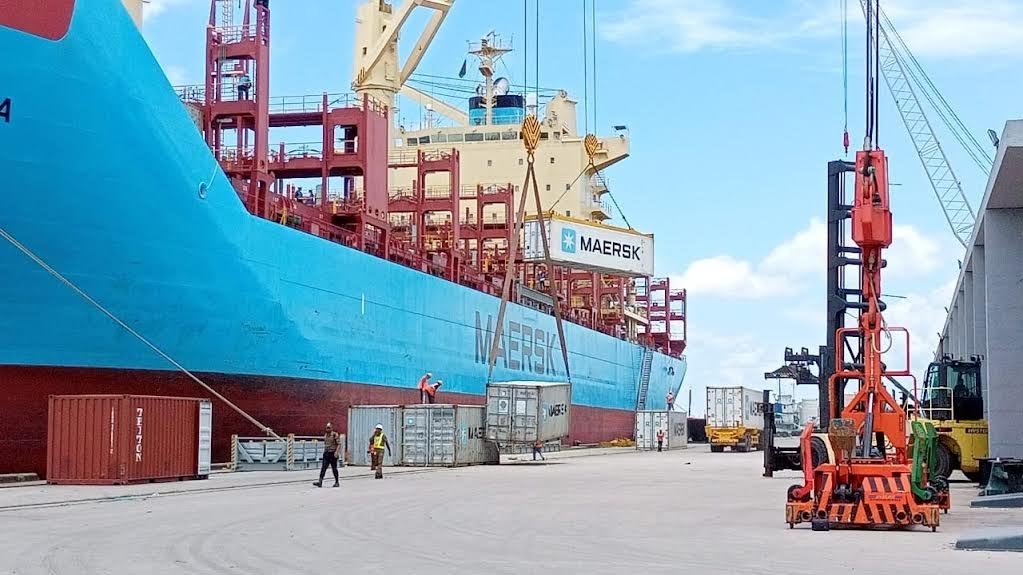 In yet another first for Padma Bridge, the Mongla-bound export items packed in containers from Dhaka have started getting facilitated by the country’s largest river-bridge from today.

This is for the first time various garment items meant for export to foreign countries from the country’s second seaport plied through the picturesque river bridge.

The Panama-flagged ship Marks Nesna started its journey around 11:30 am on Thursday to Poland from this port with various clothes made by 27 factories in Dhaka. Earlier, the foreign ship arrived at the port jetty on July 25.

Port authorities and shipping agents consider the export of garment products abroad through this port to be a new milestone. Prime Minister Sheikh Hasina inaugurated Padma Bridge, one of the country’s biggest infrastructures, on June 25. Through this, the southern region is directly connected with the rest of the country, including the capital Dhaka.

After the opening of the bridge, the nearest seaport from Dhaka is now Mongla in Bagerhat. By road, the distance from Dhaka to Chittagong port is 260km, while Mongla is only 170km away.

The port authority earlier said once traffic starts on Padma bridge, the workload of Mongla port will increase immensely. Keeping this in mind, the capacity of Mongla port has already been increased through various development projects in the last few years.

Merchants will now save both time and money as vessel handling becomes faster and safer and at the same time the route shortens the distance to Dhaka. As a result, traders are growingly leaning towards Mongla port.Director (Traffic) of Mongla Port Mustafa Kamal said, “For the first time, garment products are being exported through Mongla Port after the launch of Padma Bridge. Few garment products have been exported through Mongla before. A new journey starts with this export.”

Hoping that this trend of import-export will increase in the future, he further said, “The capacity of Mongla port has increased more than before. Apart from this, currently 8 development projects are underway at the cost of nearly 8,852.36 crore taka to increase the capacity of this southern port.