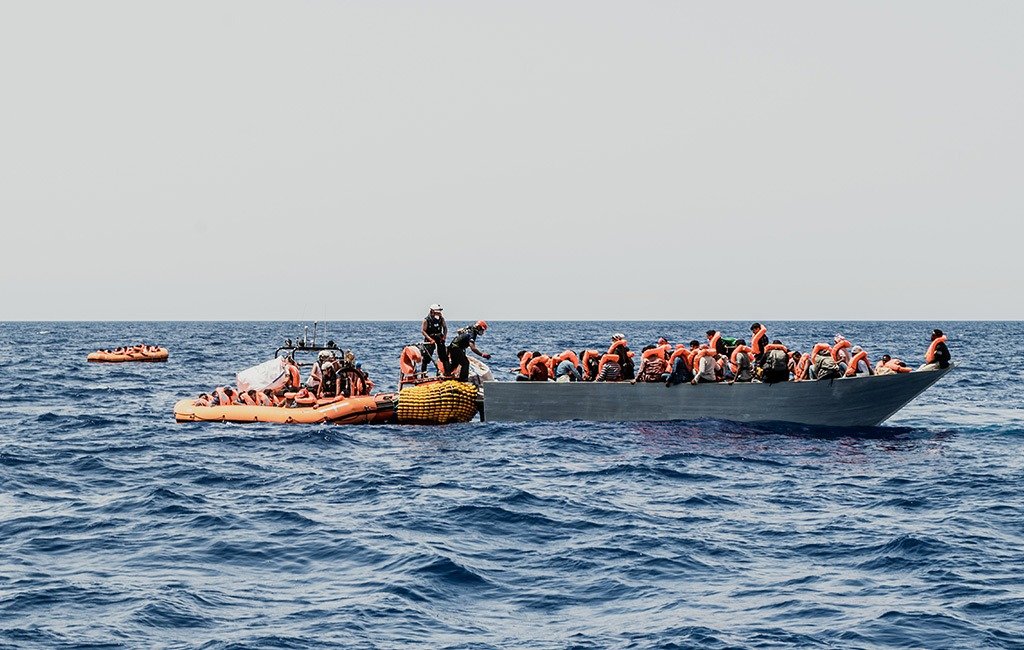 Enrico Nunziata, Italian Ambassador to Bangladesh, came up with the revealing information at a views-exchange meeting organised by Bangladesh’s Ministry of Foreign Affairs (MoFA). The meeting was held on “Tackling Human Trafficking and Safe Migration” at Shariatpur municipality auditorium recently. Point to be noted here is that Shariatpur remains one of the most trafficking-prone areas from where a lot of Bangladeshis take risky journeys to Italy through the Mediterranean. During the meeting, Nunziata said those seeking to migrate to Europe face enormous suffering, violence, and extortion, and many of them die on the way. “Because of these, a total of 3,231 migrants died last year,” he added. He also noted such irregular migration creates a humanitarian situation that must be prevented by adapting an integrated approach.

In 2020, Italy enlisted Bangladesh as one of the countries that can send seasonal workers there. Since then, more than 1,600 Bangladeshis have availed of work visas and many are awaiting such visas. Bangladesh and Italy are discussing ways of increasing skilled migration from Bangladesh to Italy, he added.

With a GDP of over $409 billion (€362 billion), Bangladesh currently has the world’s 37th largest economy. Forecasts suggest the size of the economy can be double by 2030. But, even though the country has become one of the world’s fastest-growing economies, thousands of its citizens still try to go to Europe hoping for a better and more secure life.

Annual statistics published by the EU’s border agency- Frontex show that at least 8,667 Bangladeshi citizens entered the block last year irregularly. Of that group, 7,574 came via the central Mediterranean route, 604 via the eastern Mediterranean and 437 via the western Balkans. Bangladesh rank second in Frontex list of countries whose citizens take the dangerous central Mediterranean route connecting Libya and Italy. Last month, seven Bangladeshis died of hypothermia while trying to reaching Lampedusa from Libya. Such casualties are a regular occurrence on this route.

Frontex statistics also suggest that most Bangladeshi migrants who entered the EU irregularly last year ended up in in Italy. It has remained the favoured destination for many Bangladeshis over the past few decades. Arafat Rahman, a Bangladeshi migrant who came to Serbia last year with a seasonal worker visa said that his ultimate destination was Italy. “I have already spent thousands of euros to find a way to reach Italy from Serbia. And, I’m hoping to make it possible soon,” he said. He also said that Bangladeshi human traffickers who live in Serbia ask for between €4,000 and €6,000 per person to smuggle somebody from Serbia to Italy.”The safest way to make the journey is getting into a lorry that goes to Italy from Serbia. But you need to pay a lot of money to traffickers to make it happen,” Rahman said adding that other ways include crossing the borders on foot, which is less expensive but very risky. According to him, people who looks for fortune most likely migrate to Italy as it is comparatively easier than migrating in other countries. Though, Arafat hasn’t made that journey yet as he’s ended up living at a migrant centre in Serbia after a smuggler stole his money and threatened to kill him if he tried to complain to the local police, but he is trying to get into Italy. He revealed that he came to Serbia with the hope to reach Italy after failing to get a job as a computer operator at a court in Bangladesh. He had been told that if he wants the job he must pay a huge amount of bribe. As the bribe was too high and he could earn more in Italy, he left the country. “I decided not to take the job as the bribe was too high,I could earn much more in Italy and pay back the loan that I took to come here,” Rahman explained.

Why Italy is the most preferred one?

At present, around 150,000 Bangladeshi migrants live in Italy. They are employed in various sectors including agriculture, shipbuilding and street trading. The information is provided byShameem Ahsan, Bangladesh’s ambassador to Italy. The data clearly reveals that no other EU country has that many Bangladeshi immigrants. Answering why Bangladeshi people favours Italy, the envoy mentioned that Italy has a more welcoming attitude towards foreigners and the country also legalizes irregular migrant workers occasionally.”There has been a public perception that Italy is very lenient towards foreigners. That’s why many people believe that they will get legal status at some point after somehow entering the country using different routes,” Ahsan explained.

Another reason for Bangladeshis to venture into Italy illegally because coming here through legal process is moderately harder and not all gets the chance. The Italian government has made it possible to hire workers from Bangladesh in “seasonal” and “non-seasonal” categories from 2020 onwards. According to a circular distributed by the Bangladeshi embassy in Rome last month, Italy will issue 69,700 visas for 31 non-EU countries, including Bangladesh this year but the recruiting number is very low comparing to the number of immigrants. Experts say,”Only 3,500 Bangladeshi migrants will be able to come to Italy under the recent circular. It’s a tiny number compared to the hundreds of thousands of people interested in coming. That’s why they come through illegal channel. To sort this out, we need to create more legal opportunities for Bangladeshi workers,” he concluded.