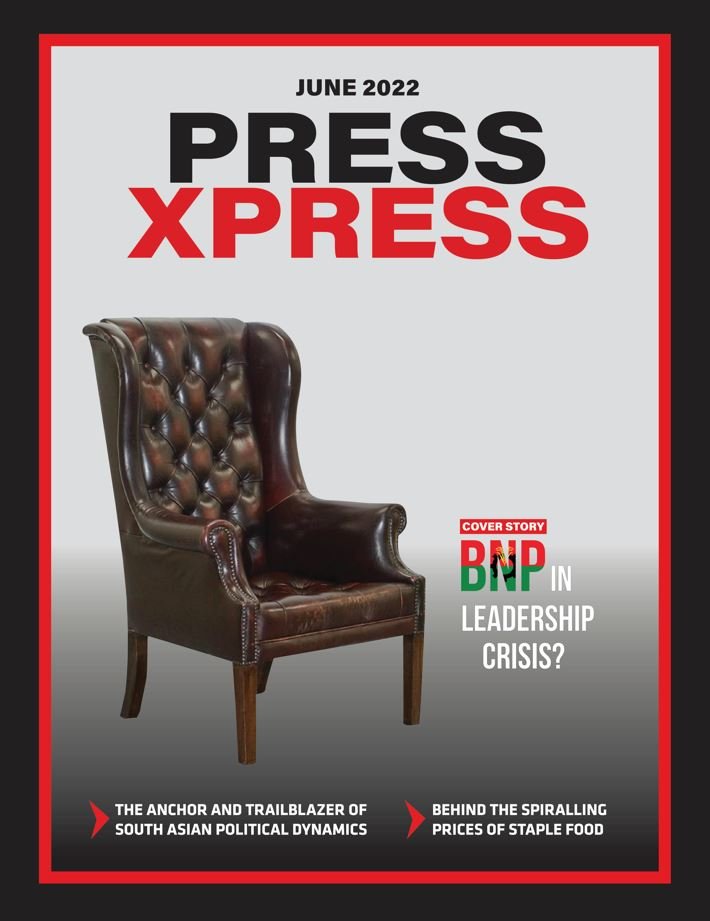 The month of June presented before us mixed feelings of sheer grief and joy – both. The month blazed in with a massive fire disaster in a Sitakunda container depot in Chattogram. We lost lives of at least 47 people, which included 10 of our brave firefighters, with almost 450 more sustaining injuries. The sheer volume of the incident and human tragedy must trigger changes in every level of the fire safety structure, regulations, and enforcement.

Another tragedy befallen in Sylhet region as it suffered from a devastating flood, which is regarded as the worst in 122 years and caused predominantly by sixty-year highest record of rainfall in India’s Meghalaya and Assam. The flood crossed

You can also check our may issues: May 2022: France Presidential Election 2022

dangerous level of water in Sylhet and Sunamganj districts and subsequently Kishoregonj and Netrokona. The heart-wrenching pictures of the flood victims touched all of us. Bangladesh Army was swiftly mobilized under the guidance of the government to help with regard to the rescue and relief mission. Prime Minister Sheikh Hasina visited the flood-affected areas and gave strong instruction to the government officials and her party workers to help the victims. But we have also seen a lot of volunteers from all levels of our society to raise funds and rush with relief efforts. This is a sign of our nation’s solidarity and grit whenever faced with hard times.

Entire Bangladesh celebrated with great pride and joy on 25th of June when the PM inaugurated the Padma Bridge and with that a historical dream became a reality. The significance of this infrastructure goes beyond the realm of economy, trade, or transportation, but to the unquenchable thirst for making impossible possible. People of Bangladesh ultimately came out triumphant and jubilant upon connecting the two banks of the mighty Padma River. It will give us a huge boost of confidence in taking even greater efforts to thrive forward in terms of connectivity and growth. Our cover story compliments the necessity of having a strong opposition party in a healthy democracy. There is an obvious vacuum in the leadership of the Bangladesh Nationalist Party as their Chairperson Begum Khaleda Zia has been restricted by physical and legal troubles. We have produced an analytical report about what could be the future leadership of BNP and whether they should start looking for alternative leadership to move forward.