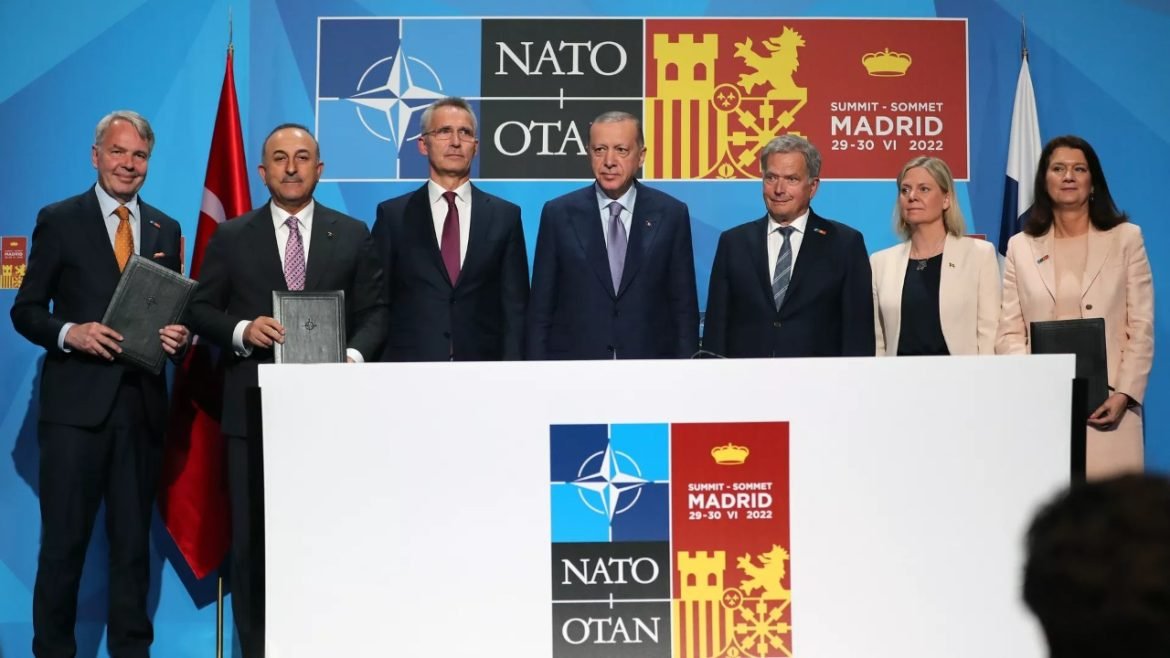 Turkish President Recep Tayyip Erdogan has agreed to lift his objection to Sweden and Finland joining NATO – thereby paving the way for the two Nordic nations to begin the accession process.

The leaders of the three countries signed a trilateral memorandum on the sidelines of the NATO Summit in Madrid confirming that Turkey would support Sweden and Finland’s accession after weeks of negotiations over counterterrorism and arms exports.

Sweden and Finland moved rapidly to apply for NATO membership in the wake of Russia’s invasion of Ukraine – reversing decades of security policy and opening the door to the alliance’s ninth expansion since 1949. The accession of the two highly advanced militaries, which have already worked closely with NATO for years, was initially thought to be a fait accomplice.

But Erdogan, a strongman who has long caused headaches for the Western alliance, lodged a sudden objection in May – thereby claiming that the Nordic countries were home to Kurdish ‘terrorist organisations.’ Both countries had also implemented a restrictive arms export policy with respect to Turkey, after Erdogan launched an incursion against Kurdish militants in northeast Syria in 2019.

Experts viewed Turkey’s rejection of Sweden and Finland’s applications as leverage to extract concessions, including accelerating the purchase of F-16 fighter jets from the U.S. Though, the exact details of the trilateral deal have not been revealed.

“I am delighted to conclude this stage on Finland’s road to NATO membership. I now look forward to fruitful conversations on Finland’s role in NATO with our future allies here in Madrid,” Finland’s President Sauli Niinisto said in a statement confirming the news.

Why do Finland, Sweden want to join NATO?

The people of the Scandinavian countries, including Sweden, have never had much support for joining the NATO military alliance. But when a Russian Foreign Ministry spokesman recently warned Finland and Sweden that any move to join NATO could have military consequences, the people of both countries were deeply shocked. Since then, Russian warplanes have indiscriminately entered Swedish airspace, which made them even more concerned.

Previously in 2014, a Russian submarine entered the Stockholm border. If neutrality is not enough to be protected from Russia, then joining NATO could give the two countries much-needed protection, think the people of Sweden and Finland.

Despite losing 10 percent of its territory to Russia during World War II, Finland refrained from joining any alliance. But the recent actions of Russian President Vladimir Putin have alarmed northern European countries. As a result, countries like Sweden and Finland have begun to feel insecure.

In November last, Swedish Defence Minister Peter promised that Sweden would never join NATO. But now he says that if they join the NATO, the security of the Nordic countries will be further strengthened.

Many of the Finnish and Swedish think that joining NATO will protect them from the current uncertainty in Europe.