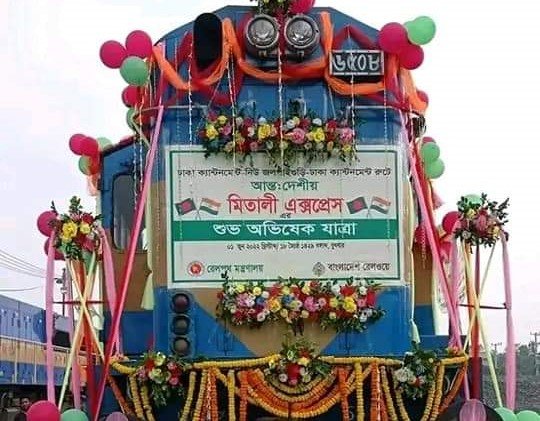 “A proposal will be made to the authorities concerned to increase the frequency of the train to five days a week instead of two days as it is an important route for both tourists and students,” said Bangladesh Railway Minister Sujon, who is currently in India.

“If we use the experience of India in our rail sector, then both the countries will benefit and our historical ties will be strengthened,” he added.

Mitali Express will operate on Mondays and Thursdays from Dhaka, and on Sundays and Wednesdays from India. Passengers will have to pay Tk 5,255 for an air-conditioned berth, Tk 3,420 for an AC seat and Tk 2,780 for an AC chair.

DEPRECIATION OF TAKA: GAIN OR LOSS FOR ECONOMY?