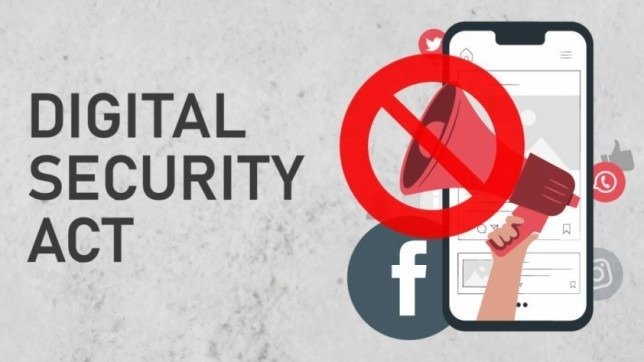 Law Minister Anisul Huq has said that cases under the Digital Security Act (DSA) are decreasing in the country due to the government initiative. The law enforcers are not arresting the accused in a hurry and they are also not talking about the cases under DSA directly. Cases under the DSA are sent to the special cell, he said.

Anisul Huq said this speaking at a dialogue on the ‘Mass Media Employees Act, Digital Security Act, and Data Protection Act’ organised by Bangladesh Secretariat Reporters Forum (BSRF) at the Secretariat media centre on May 31.

In response to a question about the progress in the government’s assurance to amend the much-criticised DSA, the minister said, “We held a meeting with the United Nations High-Commission for Human Rights Office in 2019 in Geneva through the UN Resident Coordinator in Bangladesh. In the meeting, we have taken a decision to form two separate committees. The committees will recommend to us the best practices in the world and we will accept those which will fit Bangladesh. We have already formed a committee led by the legislative secretary.” This committee sat in a meeting and will meet once again very soon, he added.

Claiming that DSA is not aimed at obstructing free journalism in the country, Anisul said, “Technology has improved in the country. We have to face the disadvantages of technology. DSA has been formed to face this challenge. A committee has been working to stop the misuses of the act and misuses will surely be stopped in the future.”

“We want to assure all that Digital Security Act has been made to combat the cybercrimes. The government of Sheikh Hasina will not form any kinds of law which will bar freedom of the press,” he asserted.