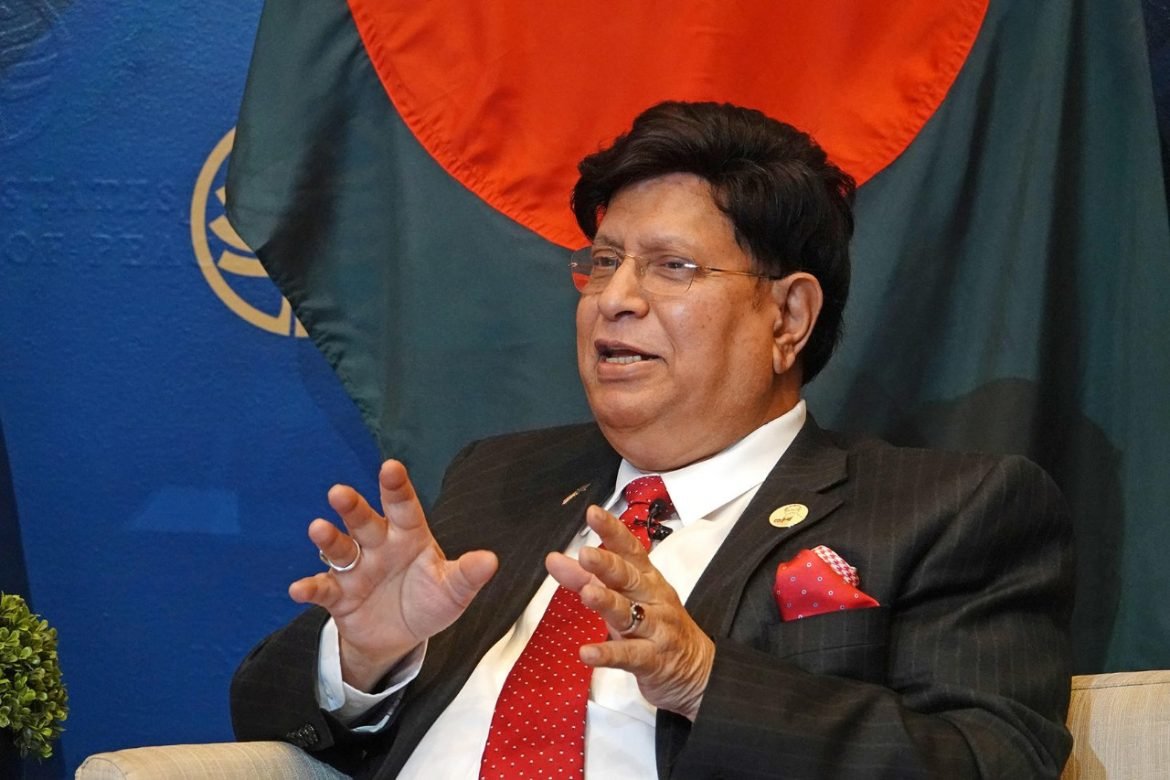 Foreign minister Dr AK Abdul Momen has reiterated the importance and significance of signing Teesta water sharing agreement with India, saying it is “unfortunate” and “a shame” that the deal remains stuck for 11 years.

While talking to NDTV on the sidelines of the NADI Conclave held in Guwahati on 28-29 May, Dr Momen said that the two countries share 54 rivers with India and they are keen on sharing and working together on joint management of all rivers. Joint management is necessary for the wellbeing of people of both sides, the entire basin area.”

In the interview given to the Indian NDTV, he said, “It is unfortunate that we could not get the Teesta water sharing deal through for 11 years. It’s a shame, we were ready, they were ready, yet the deal is not done. In the future, there will be a big cry for water and we have to prepare for it.”

The Teesta River originates in the Teesta glacier and flows through Sikkim and West Bengal before entering Bangladesh. It has been mired in conflict since 1947 when the catchment areas of the Teesta were allotted to India. In 2011, India agreed to share 37.5 percent of Teesta waters while retaining 42.5 percent of the waters during the lean season between December and March.

However, the deal never went through due to stiff opposition from West Bengal chief minister Mamata Banerjee. Since then, Bangladesh has continued its efforts for a long time to ensure fair use of water across the border and internationally. Dr Momen added that the release of monsoon water from the Teesta has caused severe floods in Bangladesh as well as in the Indian state of Assam. At the same time, Bangladesh suffers from drought without water in the dry season. He mentioned that now it is the time to address the problem and have a fair share.

The two-day conclave was inaugurated by Foreign Minister Momen and his Indian counterpart S Jaishankar and the Foreign Minister of Thailand, along with Himanta Biswa Sarma, Chief Minister of Assam in the presence of diplomats from several other countries, top experts, scientists and other dignitaries. Indian Finance Minister Nirmala Sitharaman delivered the valedictory address of the conclave. The event was organised by the think tank – Asian Confluence, headquartered in Shillong, in collaboration with Ministry of External Affairs, Government of India, the Act East Department of Government of Assam, the North Eastern Council and other partners. The Bangladesh Foundation for Regional Studies is the country partner for the event and the International Union for Conservation of Nature, IIT Guwahati and Guwahati University, are the knowledge partners.

The goal and focus of the dialogue was to articulate and activate a collective vision of sub-regional cooperation in the Bay of Bengal region and with South-East Asia, keeping North East India and Assam at the epicentre of activity, said the organisers.

NADI recognises the region south of Himalayas from Ganga, Brahmaputra to Mekong as a contiguity of river basins with common challenges that require close cooperation beyond their political borders. It also aimed at building confidence in the key role of North Eastern Indian region in taking forward India’s strategic initiative for energy and water security in the neighbourhood, and the Bay of Bengal region leading towards a vibrant and secure Indo-Pacific.

NADI 2022 is expected to bring together all major stakeholders such as the government, the diplomatic community, scientists, corporates, civil society and diverse riparian communities who will brainstorm on specific actions to foster a people-centric regional narrative around caring and sharing of our shared riverine resources for sustainable development.

NADI uses the symbols and narratives of our shared rivers, and shared waters to encourage shared ideas on collaboration with emphasis on 5Cs: Connectivity, Culture, Commerce, Conservation, and Collaboration in the Ganga-Brahmaputra-Meghna basin.

Taking forward the messages of the previous NADI conclave, that were held in Shillong and Dhaka respectively followed by several research and outreach projects and online events during the lockdown, this is the third version of NADI dialogue (NADI-3) that took place in Guwahati, which is also India’s gateway to South-east apart from being the crucial meeting point of all the North-eastern states.