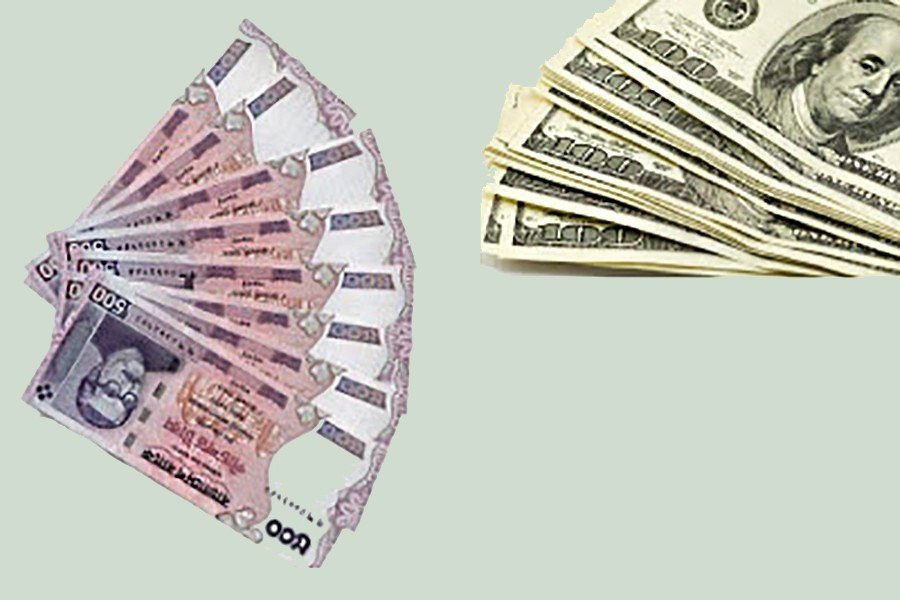 The value of taka has been reduced again against the US dollar. The government on Monday (May 23) decided to further depreciate taka by 40 paisa in a single day against the American greenback. From now on, the selling price has been fixed at Tk 88 per USD in the interbank money market.

The value of dollar is rising worldwide due to the Ukraine-Russia conflict as the demand for US dollar continues to rise to meet import costs. As a result, the value of other currencies as well as taka is decreasing.Earlier on May 18, the dollar rate was raised by 80 paisa to Tk 87.50 to address the overall situation. Later, the price of dollar was raised by 10 paisa.

In this regard, the Executive Director and Spokesperson of Bangladesh Bank Sirajul Islam said that the import expenditure has increased to a record level in recent times compared to the export volume. This has put pressure on dollar. To deal with the overall situation, the dollar rate has been fixed at Tk 88.

An analysis of the dollar’s multi-year rate shows that from July 2020 to August last year, dollar was sold at Tk 74.80 per dollar in the interbank money market. At that time the money market was very stable. As import costs rise towards the end of 2021, the demand for dollars to pay for them increases too. As a result, the value of taka began to decline.