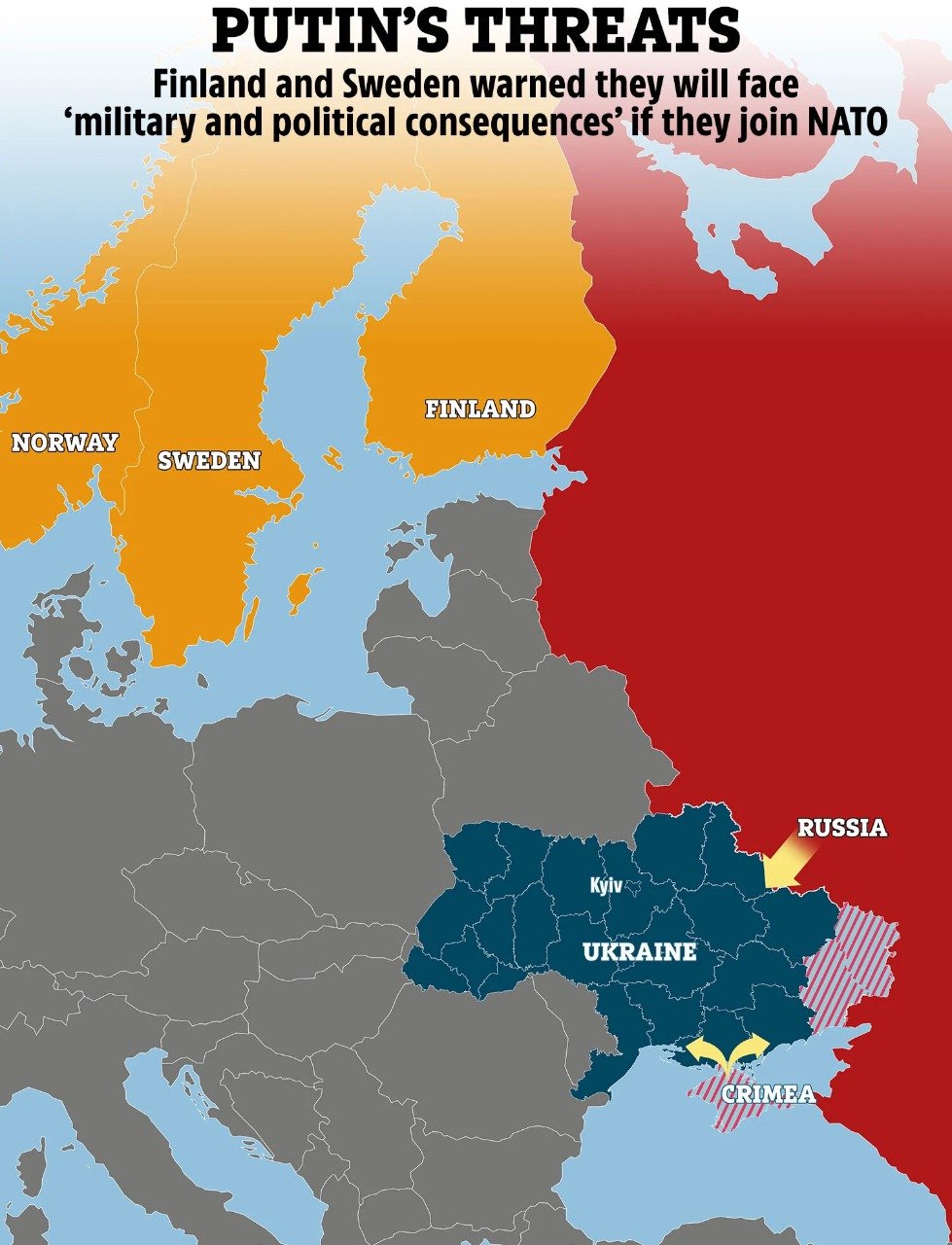 Finland, a country which shares a 1,300 km border with Russia, has officially announced its interest in joining NATO in the wake of Russia’s military operation in Ukraine.

In reality, the country officially announced its intention to join NATO ignoring the impending Russian threat. However, the NATO ally has a long way to go to become a full member of the NATO.

Russia Today reports that Finland said in an official statement that during a cabinet meeting on May 15, the country’s President Sauli Ninisto and members of the cabinet agreed to apply for NATO membership. This time the decision of the cabinet will go to the Finnish parliament. If the proposal is passed in a referendum from there, the country will formally apply to join NATO.

What’s the process of joining?

NATO member Turkey has already opposed Finland’s accession to NATO. The country has already signalled its veto on the issue. Turkish President Recep Tayyip Erdogan has described Finland and Sweden as safe havens for the Kurdistan Workers’ Party (PKK) and the People’s Liberation Front (DHKP), which are banned in Turkey. Turkey considers these two organizations to be terrorist organizations.

Despite opposition from Turkey, Finnish Prime Minister Sana Marin expressed optimism about joining NATO, saying: “Our decision is historic. This is very important for the security of Finland and our citizens. This decision will enhance our security capabilities and our cooperative relations with the Nordic countries. “Sana Marin hopes that the proposal to join NATO will be passed in the Finnish parliament. The two Nordic countries, Finland and Sweden, have played a neutral role since the Cold War. The two countries have expressed interest in joining the US-led Western military alliance, NATO, after Russia’s military operation in Ukraine that began in February. However, Kremlin has warned both countries of the dire consequences of joining NATO.

What Russia’s take on this?

Russia’s foreign ministry said in a statement that such a move by Finland would seriously damage Russia-Finnish bilateral relations, as well as security and stability in northern Europe. As a result, Russia will be forced to resort to military, technical and other alternative means to force Finland to remain a neutral state in the interests of its national security.

However, a recent statement from the country did not specify what action Moscow would take against Finland over its decision to join NATO. Earlier, Kremlin said that Russia would deploy nuclear weapons if Finland and Sweden joins NATO. Russia’s Security Council Deputy Chairman Dmitry Medvedev had earlier warned Sweden and Finland that the two countries should make decisions based on realities. Otherwise, they will have to live next door with nuclear weapons and hypersonic missiles. Earlier, Kremlin spokesman Dmitry Peskov told reporters that “everything depends on how effective NATO expansion is and how close it is to the Russian border.”

Meanwhile, Russia’s Rao Nordic has already cut off power supplies to Finland. However, the country’s decision to join NATO did not cut off power supplies. Rao Nordic has made such a decision because of the complexity of the money owed. However, Finland says Russia supplies only 10 percent of the country’s electricity. As a result, Finland will be able to import electricity from alternative sources. This is not a big pressure for the country.

Train service through Padma Bridge to open in 2023