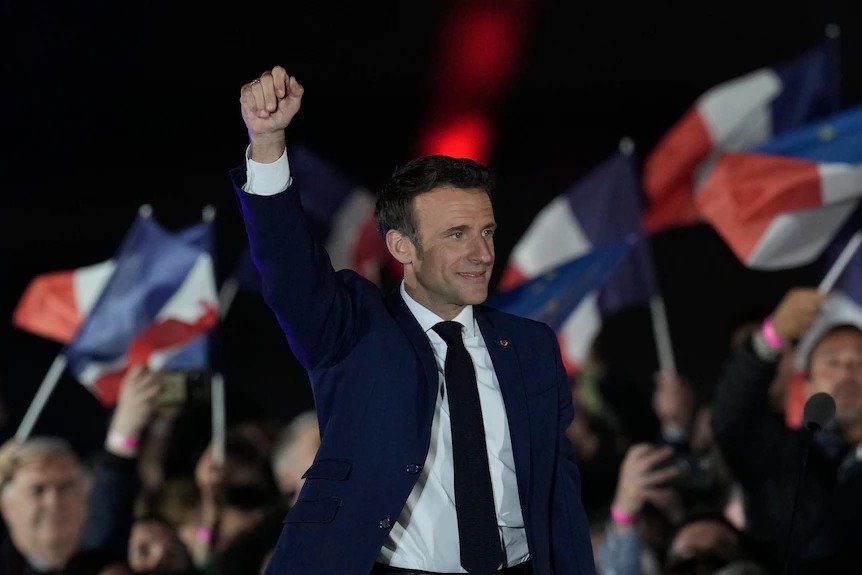 French President Emmanuel Macron has won a second term in office, beating his far-right opponent Marine Le Pen by a comfortable margin in the process.

Many, however, say that Macron’s decisive victory over Le Pen in the second round of France’s presidential election on April 24 is no surprise.

Opinion polls had been foretelling it for over a year. The leading polling institutes of the country estimated the final score of the outgoing president in a range of 54 to 57% of the vote.

And, when it came down to the final night, Macron made it through all the campaign’s twists and came out unscathed, with 58.8% of the vote.

The success continues the theme of the first round, when Macron finished 4.5 points and 1.6 million votes ahead of Le Pen, with Jean-Luc Mélenchon just barely being eliminated from the second round. Macron won nearly 22% of the vote, just a single percentage point behind the far-right candidate.

Emmanuel Macron thus escapes the curse of the “punishment vote” against the incumbent president that led to the defeat of former French President Nicolas Sarkozy in 2012, and also contributed to François Hollande’s decision not to stand for re-election in 2017. Macron also becomes the first president of the Fifth Republic to be re-elected without having to share power.

The strategy worked, but only imperfectly. Indeed, the French political landscape is now structured around the three poles rather than two. Jean-Luc Mélenchon’s score was the first round’s biggest surprise, as was his capacity to bring together left-wing voters hostile to Macron’s liberalism. This was most overlooked by Macron himself, who concentrated on capturing the electorate of the traditional right.

During the two-week period between the two rounds, the question of what left-wing voters would – or wouldn’t – do was crucial, with the two finalists both seeking to attract those who voted for Jean-Luc Mélenchon. Marine Le Pen did so by insisting on her agenda’s “social” character, while seeking to minimise her party’s deep ties to Russia. Emmanuel Macron, meanwhile, declared that he would make the environment the top priority of his government.

The victory of Emmanuel Macron, while anticipated, should not mask the election’s two main lessons. First, the far right obtained a level never before reached in France, thanks to its ability to bring together a heterogeneous, predominantly working-class electorate. Second, the country’s political landscape, now structured around three polls, is out of step with a voting system adapted to two dominant parties. These two issues make the outcome of France’s upcoming legislative elections, which will take place in June, all the more uncertain.