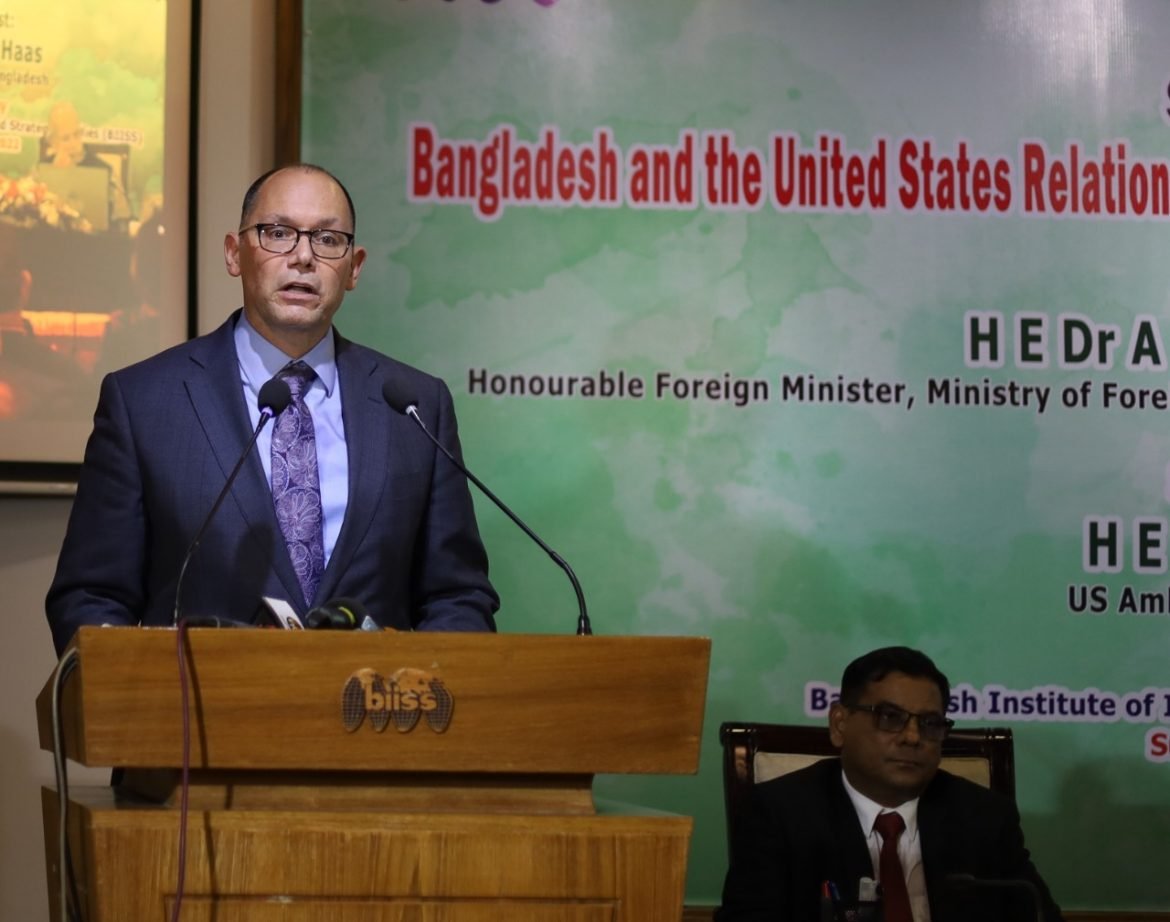 US Ambassador to Bangladesh Peter Haas has said the US will not take any side in the upcoming elections in Bangladesh and reiterated his government’s commitment across the world to help countries strengthen democracy.

“Let me be clear: the United States will not pick a side in the upcoming elections. We simply hope for a democratic process that allows the Bangladeshi people to freely decide who will run their country,” said the ambassador while addressing a city seminar on Sunday.Bangladesh Institute of International and Strategic Studies (BIISS) organized the seminar on “Bangladesh and the United States Relations: Moving Towards Enhanced Cooperation and Partnership” at the BIISS Auditorium in the capital.

Peter Haas said the relations between the two countries grew with a series of recent engagements while two more important engagements would be held in the following months.

The US ambassador said the two countries could enhance security cooperation.

The US envoy, however, said there were many misperceptions about these two proposed agreements.