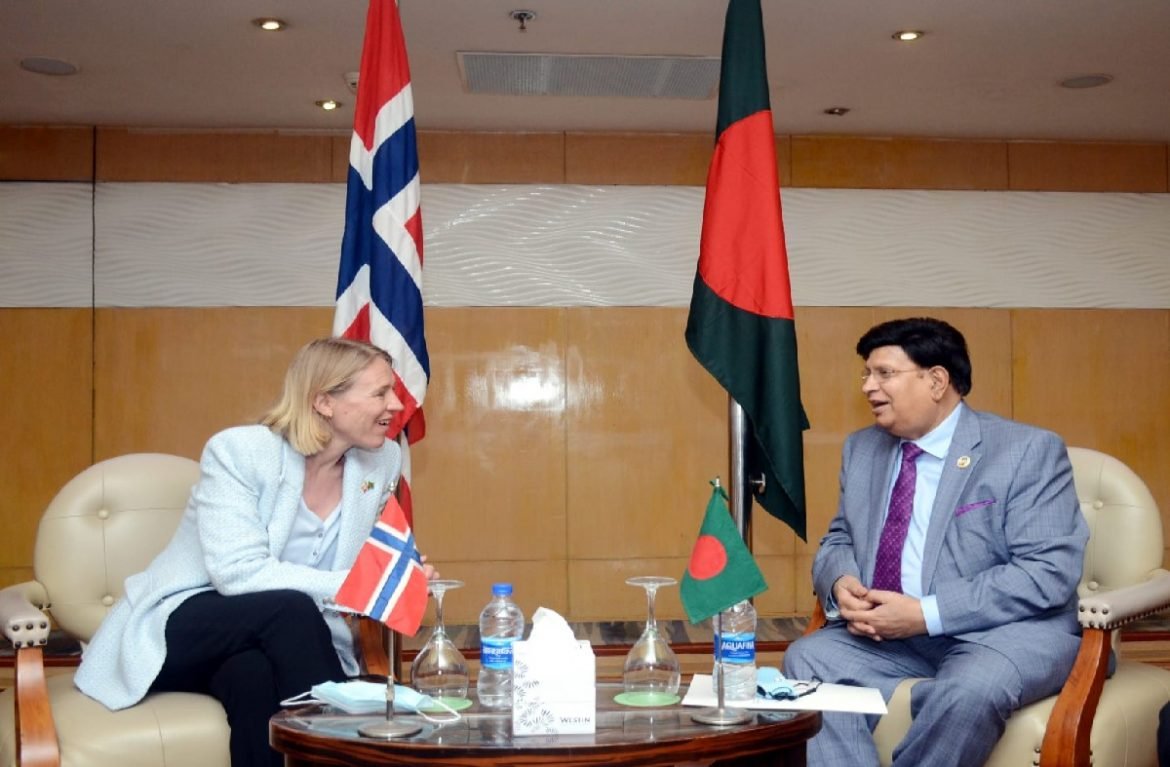 Bangladesh and Norway have expressed interest in broadening economic partnership between the two friendly countries through trade, investment and maritime cooperation. The two countries also specifically discussed the possibility and potential for investments in offshore renewable energy.

In a meeting between Foreign Minister Dr AK Abdul Momen and the visiting Norwegian Foreign Minister in Dhaka Annekin Huitfeldt, the Bangladesh minister briefed his Norwegian counterpart about the humanitarian crisis involving Rohingya, measures taken in building safety and green production facilities in the readymade garment (RMG) industries of Bangladesh.

The newly-appointed Norwegian Foreign Minister is currently on a two-day visit to Bangladesh as both countries celebrate the 50th anniversary of diplomatic relations this year.

FM Momen gave an overview of the humanitarian crisis involving Myanmar’s forcibly-displaced Rohingya. On the other hand, Huitfeldt appreciated Bangladesh’s hospitality on humanitarian ground and acknowledged the priority of the Rohingya issue and their safe and dignified repatriation to Myanmar.

The two Foreign Ministers talked about preparations for the next general elections in Bangladesh. They also underscored the overriding priority for an effective ceasefire in war-ravaged Ukraine and expressed concern over the humanitarian situation.