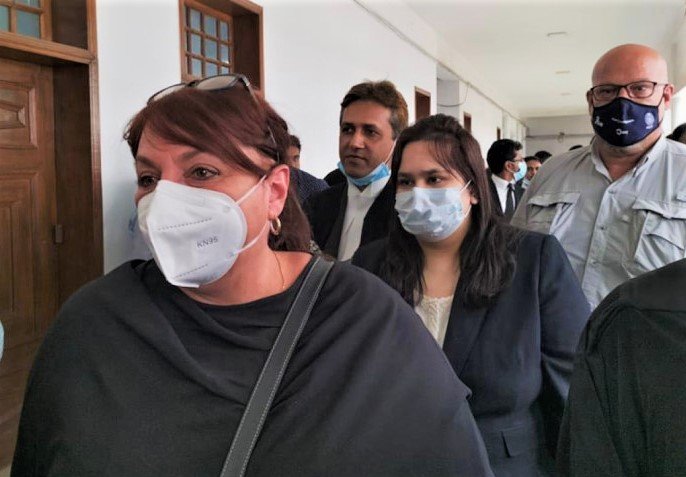 Bangladesh’s High Court (HC) has at long last handed over a 19-year-old Canadian girl, who was reportedly confined by her own parents for over 10 months in Dhaka, to the Canadian high commission.

HC Registrar Md Golam Rabbani handed over the teenage girl, a student of Toronto University, to the officials of Canadian High Commission today (on April 17) as per the HC directive, as she wanted to go back to Canada. The young woman will now be able to return to Canada after completing due legal procedures.

Earlier, a HC bench comprising Justice Farah Mahbub and Justice SM Maniruzzaman came up with the verdict following a writ petition filed by the Canadian High Commission in Dhaka.

During the hearing today, officials from Canadian High Commission in Dhaka and lawyers for the petitioners and the girl’s parents were present in the crowded courtroom.

According to the sources, the girl is a Canadian citizen by birth and she lived there along with her parents, who are also Canadian citizens. They all came to Bangladesh in March last year and settled in this home country. When the girl wanted to move back to Canada, the parents disagreed. Her mobile phone was seized, and her grandmother and mother always kept her locked at home. The Canadian High Commission lodged a general diary with Mugda police station in the capital on February 9.

At one point, the young woman managed to send an email to the Canadian government as well as the Canadian High Commission in Dhaka – thereby informing them of her ‘home detention’. The girl also mentioned that she wanted to return to Canada.