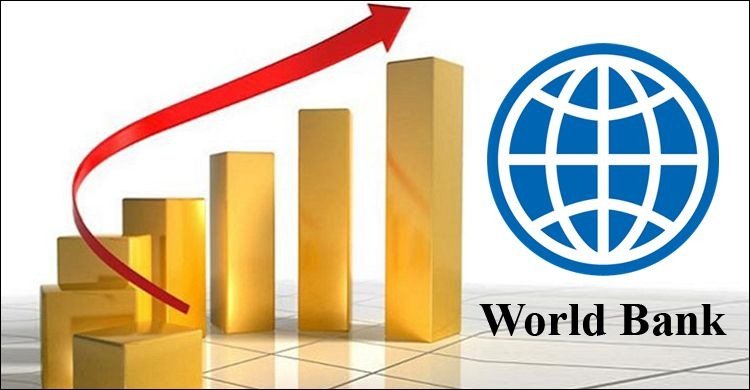 Bangladesh remains at low risk of debt distress, according to the World Bank’s newest assessment. The World Bank has reported that poverty in the country has been reduced as the growth rate of Bangladesh has increased by overcoming the effects of the pandemic and Bangladesh’s Gross Domestic Product (GDP) growth could be 6.4 percent in the current fiscal year which will grow in the next fiscal year.

“According to the March 2022 joint World Bank-IMF Debt Sustainability Analysis (DSA), Bangladesh remained at low risk of external and public debt distress,” according to the report published in Washington.

Poverty rate to be reduced to 11.9 percent:

According to the World Bank report, despite the uncertainty created by the Covid pandemic, Bangladesh’s economy has turned strongly. However, the war in Ukraine has created a new uncertainty as commodity prices have risen. But, the World Bank further said in their report that the growth situation was strong in the last fiscal year and in the first half of the current fiscal year due to the increasing activities in the manufacturing and services sectors of Bangladesh. Thus, the World Bank has also predicted a reduction in the poverty rate in Bangladesh as growth increases. The report say that in the current fiscal year, the rate of extreme poverty in the country will be reduced to 11.9 percent which was 12.5 percent in the last fiscal year. Extreme poverty rates are considered by the international poverty line. If the rate falls below 3 percent in a country, that country is declared a ‘poverty-free country’. According to the Sustainable Development Goals (SDGs) the aim is to become a poverty-free country by 2030.

In the next fiscal year (2022-23), the growth of Bangladesh’s gross domestic product (GDP) may be 6.7 percent, according to the global lending agency. At this moment, only India and Maldives are ahead of Bangladesh in terms of growth in South Asia. According to the World Bank’s forecast, Bangladesh’s gross domestic product (GDP) will grow by 6.4 percent in the current fiscal year (2021-22). Earlier, the Asian Development Bank had said that Bangladesh’s growth in the current fiscal year will be 6.9 percent. However, the Bangladesh government expects this growth to be 7.2 percent. The report shows, India’s GDP will grow by 8 percent and the Maldives at 7.6 percent in the next fiscal year. The rest of the South Asian countries will remain behind Bangladesh in terms of growth during this period.

Hans Timmer, the World Bank’s chief economist for South Asia, said Bangladesh is not in a position similar to Sri Lanka. Because, the amount of foreign debt of Bangladesh is relatively low and it is only 17 percent of the overall GDP. Hans Timmer said, “Bangladesh is not in a position like Sri Lanka. 70 percent of Bangladesh’s total debt has been taken from multinational international organisations like the World Bank. Therefore, Bangladesh’s position is very different from that of Sri Lanka.” Speaking at a press conference on the occasion of the release of the South Asia Economic Update at the World Bank headquarters in Washington DC, Timmer said that Bangladesh’s economy is in a much stronger position than Sri Lanka’s. He added, “Due to the ongoing conflict, the prices of all kinds of commodities are rising in the international market. This is increasing the pressure of inflation. Bangladesh needs to be vigilant in this regard.”
important-2

City of Dubai – A Paragon of Modern Urbanization