City of Dubai – A Paragon of Modern Urbanization 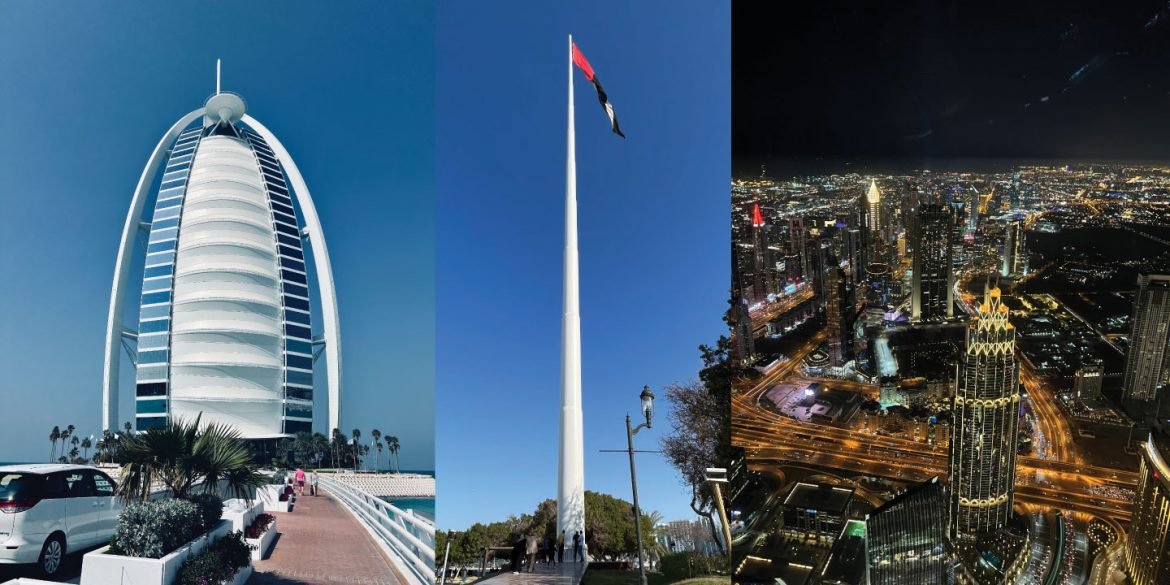 Dubai, the Tiara of Persian Gulf, has a long and  enriched past of being one of the most important port cities which leads way back in 17th Century.  The modern Dubai, as we can see today, has become the smart capital of Dubai Emirates.  Recently PressXpress had received a rare opportunity to visit 13th International Smart City  Expo at Dusit Thani, Dubai from 23 to 29 March, 2022 and witnessed the magnificent miracle of urban development & how a well devised masterplan and well administered policy could turn a barren land into the epicenter of world culture and festivity.

Modern Dubai had planned the concept of an integrated city model since mid-90s. In 1979, the Jebel Ali Free Zone was established, allowing enterprises to import and export labor and capital without restrictions. The success of the Jebel Ali free zone prompted the creation of a cluster of new free zones, including  Dubai Internet City, Dubai Media City, and Dubai Maritime City.  Dubai has become known in recent decades for its successful mega construction projects, such as the Palm Islands, a construction of three artificial islands in the shape of the date palm on which residential and commercial property will be built,  and The World Islands, a massive man-made archipelago of 300  islands in the shape of the world.

Among the places of interest that we have covered, the prominent are Burj Khalifa and Burj Al-Arab. The Burj Khalifa is Dubai’s most recognized landmark and major tourist attraction, standing at  829.8 meters as the world’s tallest building and the most prominent of the city’s sites of interest. From this vantage point,  the views of the metropolitan skyline are just breathtaking.

Another multi-storied miracle is the Burj Al-Arab, which is the Burj Al-Arab is one of the world’s most costly hotels,  with the most luxury suites costing more than $25,000 for a  single night with lots of amenities like Skyview bar, swimming pool,  conference room and underwater  Al-Mahara Restaurant.

We moved to the Dubai Mall, which is the city’s flagship shopping mall. It gathers almost all world-renowned fashion, lifestyle and cosmetics brands under one roof, along with an indoor ice rink, a gaming zone, and a movie complex. We followed by visiting the Global  Village, which has 26 country pavilions, ranging from far eastern to far western, each offer an individual experience of that country’s culture,  entertainment, and heritage. Another extraordinary tourist attraction is 4 wheel drive  Desert Safari which covers various adventurous and entertainment activities like sandboarding,  camel rides, sunset barbecue. It also includes traditional Arabian falconry shows and a belly dancing show.

Dubai has managed to showcase dream,  luxury, fashion, technology, trend and entertainment all while upholding a holistic global understanding of world views and concept by its policymakers. Therefore, it has managed to establish itself as a multi-cultural combination of modern urban facilities and offerings despite of having strong religious and regional backlash. During our visit, we have witnessed 24/7 public transportation facility, all day-night food stalls, street vendors, snacks bar,  kids’ zone and movie theatre. While visiting the  Corniche at the end of Dubai beach, we experienced how pavements for running,  cycling and walking were in 3 separate finishes,  which gave more mobility for everyone visiting the beach for distinct purposes.

During our visit at Dubai, we have significantly witnessed the level of social security that their law enforcement agencies try to uphold. The presence of police can be seen all around the city,  helping to solve sudden situations and accidents quite promptly and effortlessly. Then we have learnt from our tour guide is that the whole UAE police force is one of the least corrupted in the world, which enables it to ensure a superior social security standard for its citizens as well as for the tourists. Nightlife of  Dubai is very happening and lively, where man, women, children  and elderly can roam around the city all night long without feeling insecured.

Another applaudable achievement of Dubai is the fusion of  Islamic heritage and modern trends and lifestyle simultaneously.  It has legalized alcohol consumption for non-Muslims and cohabitation by unwed couples. It also promotes and pampers regional cultural traditions like Belly Dancing as a unique form of  art despite all its controversy. At the same time, it has upheld its  Islamic root and promoted various religious establishments,  functions and values.

Dubai has become an apex example of a complete amalgamation of world culture and entertainment along with  religious secularity and regional heritage. Dubai exhibits a near possible utopia of modern world by promoting dream, luxury,  art, vogue and entertainment by transforming this port city into a hub of regional as well as global economy. It has accepted countless world cultures despite being influenced by Islamic culture and heritage and reshaping the city landscape into a  modern-day Babylon. Thus, Dubai itself has become paragon of modern urban planning and cross-religious & cross-cultural coexistence.