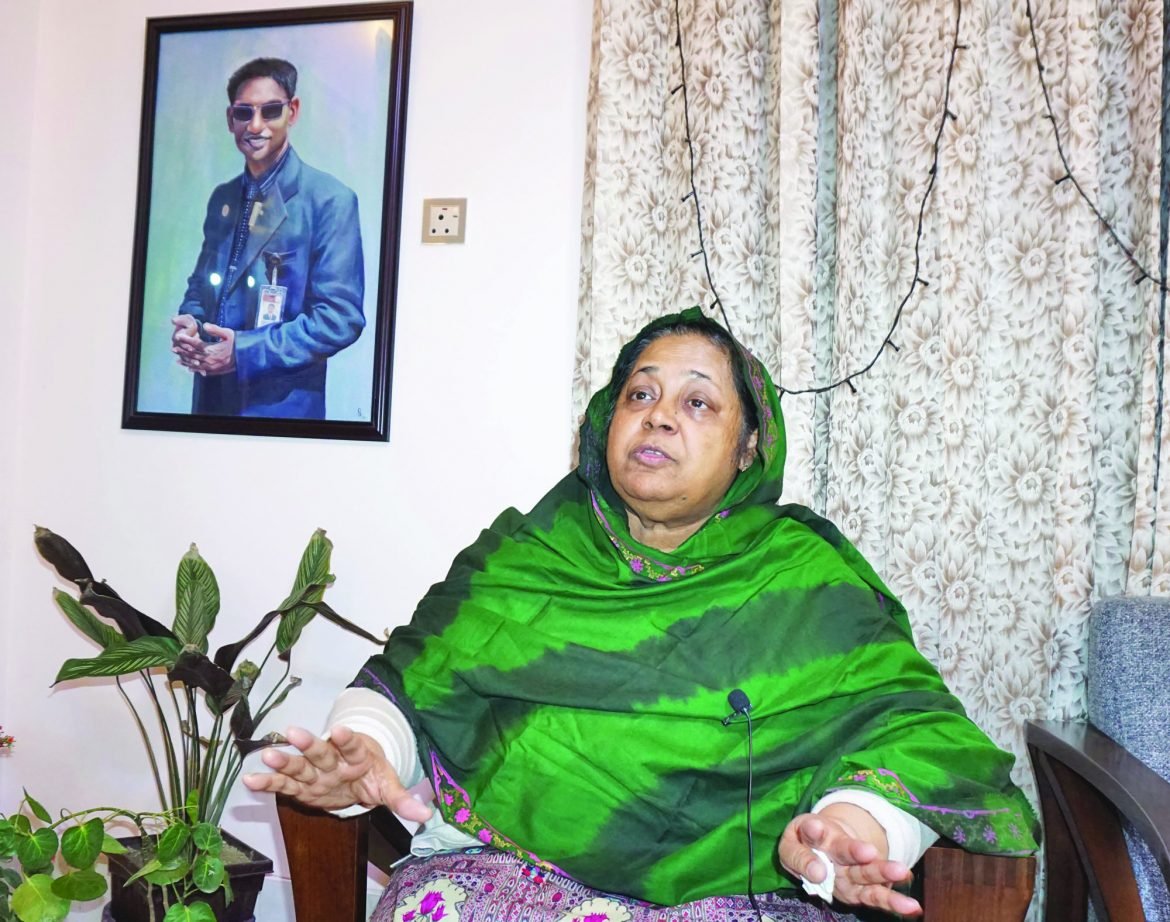 Major Sinha was known to his family as Adnan. The person closest to his heart, his mother, in an exclusive interview with Press Xpress talked about his personal life:

He was very prudent from childhood, even if I gave him five taka, he would save it. I like to eat betel leaves. He used to bring betel leaves and betel nuts for me. He had a deep love for the country since childhood. He used to say that he would visit many countries but he never talked about staying out of the country. He wanted to return to the country till the end of his life.

What was the motivation for him to join the Army?

How important was the Army in his life? He got his love for country from his father. His father was a very honest man and so was he. He was above greed. That’s what we taught him. Travel does not mean staying in a five star hotel for him. He liked to pitch a tent and stay close to nature, and he mingled with the people wherever he went. You need to be fit for such journeys. That’s why he needed army training. And he wanted to test himself, for which he participated in all kinds of rigorous training in the army. But, he was very averse to publicity, he never mentioned about army to anyone. When he left army, I was worried and asked him how you would survive if you don’t have a job. He said he will do something besides making travel documentaries. I believed him because I know he was a very responsible and talented boy. I knew he could manage.

We know that Major Sinha was a family man as well as serving faithfully in the Army. How was he to the family?

His father died in 2007, when he was around 23 years old. From then on, he gave me and his two sisters emotional support. Dad is no more, Mom will be alone, and that’s what concerned him. He would give me, his sisters time though his army life was very busy.

Did Major Sinha dream of going to any special place?

He always wanted to travel. He used to tell me that he would travel the whole world. And the place he wanted to go since his childhood was the Himalayas. From there, his passion for travelling started.

Did he have any other passion?

What’s about his favourite food? He liked parota and tea very much, I used to make parota, and he used to eat dipping it into tea. He loved watches and sunglasses. He used to keep different brand’s watch and sunglass his collection.

How did you come to know about Major Sinha’s death?

Pradeep called me that day. He said, I am OC-Teknaf, you know what your son does here, you know your son is involved in drugs, asked me why your son left the Army. I asked him where my son is. He said he is there, but away now. Then he cut the phone. I thought there may be some minor problems. As I was tensed I called them later, but they didn’t pick up. On the second day, some police members came to my house, asked about him, why he left Army etc. Then, they left. I was worried but nobody told me anything. I came to know about his death in the evening by one of his colleague’s sister.

As mother, are you satisfied with the verdict from court against the culprits? Do you think justice is done?