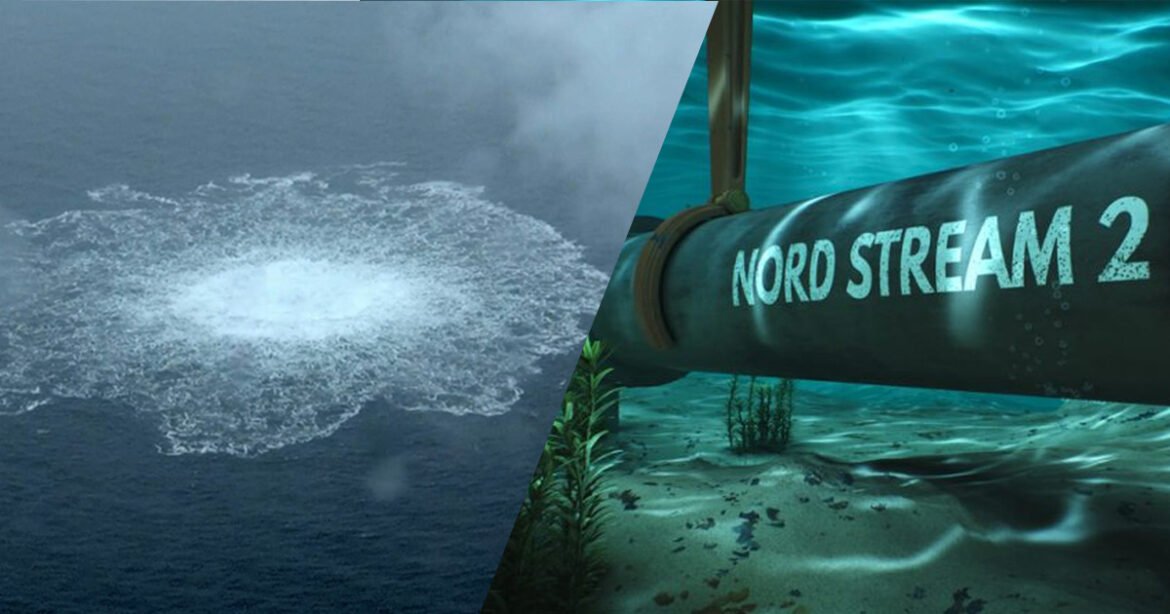 Russia is under suspicion for a series of verified or apparent acts of sabotage and surveillance that occurred late last year in Western Europe, and European nations are increasingly implementing countermeasures, experts believe.

The actions followed two incidents that were detrimental for Russian interests. Explosions in the Baltic Sea forced the shutdown of Russia’s Nord Stream gas pipelines to Germany in September. Without evidence, the Kremlin blamed the United Kingdom for the sabotage and Ukraine and Poland both blamed Russia.

Then, on October 7, a bombing of the Kerch Strait Bridge cut off Moscow’s ability to supply the Crimea, which it had conquered. Russia blamed Ukraine’s military intelligence for the attack.

Attacks in European countries that grew suspicion for Russia

It may have been a coincidence, but the day following the Kerch bridge attack, trains in northern Germany came to a halt due to the destruction of wires that allowed train drivers to communicate. Without naming any suspects, Transport Minister Volker Wissing stated during a press conference that “it is clear that this was a targeted and malicious action.”

Two days later, the Danish island of Bornholm was plunged into darkness when the undersea cable from Sweden that supplied it with electricity was severed.

On October 19, internet cables were disconnected at three locations simultaneously in the south of France. According to cloud security firm Zscaler, the cable cutting that cut off the digital motorways connecting Marseille with Lyon, Barcelona, and Milan have “impacted major cables with connectivity to Asia, Europe, the US and potentially other parts of the world.” A similar attack had occurred in France in April.

In the same month, Norway’s domestic security officials announced that they were looking into suspicious drone flights over energy infrastructure and near airports.

In December, Lithuania reported a rise in unauthorized drone flights over military installations.

Unit 29155, a Russian General Staff branch with deep-cover intelligence operatives abroad, is suspected of these activities. According to Joseph Fitsanakis, professor of intelligence and security studies at Coastal Carolina University ” by all available accounts, Unit 29155 has been in existence since at least 2009. It consists of a small number of personnel, possibly around 200, with an additional 20-40 operations officers.”

“The unit has its origins in networks of Soviet agents who were at times tasked with developing and maintaining plans for large-scale sabotage, behind enemy lines, which would become operational during a conventional war between the USSR and the West. They included acts of sabotage against energy networks, public utilities, civilian or military harbours, and telecommunications systems,” he added.

“Several instances of sabotage targeting Western utility and transportation networks in Poland, Scandinavia, France and Germany bear the hallmarks of Unit 29155 operations. It would be utterly surprising if Unit 29155 had not been activated during the [2014] Russian invasion of Crimea, as well as in the lead-up to the most recent war,” Fitsanakis remarked.

According to Arthur PB Laudrain, a doctorate student at the University of Oxford and analyst at The Hague Centre for Strategic Studies, while it may be impossible to prove Russian involvement, the professionalism of the sabotage in France strongly points to the involvement of a government entity. “In the April attack, you had to reach several access points along rail lines or highways. The perpetrators knew what they were doing to maximise damage and they cut not just specific points but removed sections of the cable, which makes them more difficult to repair,” Laudrain added.

The events in Western Europe have shown how vulnerable key digital communications and energy infrastructure are to attacks. They have also shown that countries helping Ukraine’s war effort could face serious economic problems as a result.

Justin Sherman, the founder of advisory firm Global Cyber Strategies and nonresident fellow at the Atlantic Council stated, “Moscow has made a point of targeting the physical elements of the internet – from server farms to company employees making data security and content moderation decisions – to exert control over the internet at home and in the surrounding [regions] over the past couple of decades.”

Tony Radakin, the chief of the UK’s defence staff, issued a warning about increased Russian submarine activities in the vicinity of data cables a year ago.

In October, former Australian foreign minister Alexander Downer wrote in The Spectator that 95 percent of the world’s internet traffic travels through only 200 undersea fibre optic cable systems. “There are estimated to be as few as 10 global chokepoints where these cables converge or come ashore. If you wanted to cut off Britain from the world, it would not be very difficult to sabotage these chokepoints,” he stated.

Is Europe fully ready to tackle the threat?

Europe has gradually started to react to the concerns. To keep an eye on submarine activities in the North and Baltic Seas, NATO established two new commands in 2020, one at Ulf in Germany and the other at Norfolk in the UK. France announced in October 2022 that it would be purchasing a fleet of unmanned underwater vehicles to better safeguard underwater cables.

On November 22, Swedish police arrested and charged Elena Kulkova and Sergey Skvortsov for being spies of Unit 29155. They were taken into custody in Stockholm. The Russian couple had been observed for years and had been residing in Sweden since 1997.

Bellingcat, a British journalism group, discovered that Skvortsov and Kulkova’s registered address in Moscow was also the residence of multiple intelligence agents. They included the leader of Unit 29155, General Andrey Averyanov, and Major-General Denis Sergeev, the agent from Unit 29155.  Skvortsov was the executive director of a business that was run by Vladimir Kulemekov, a self-declared agent for military intelligence.

While this was going on, Norway’s Prime Minister Jonas Gahr Stre declared that he was increasing the readiness of the military forces. “We are in the most serious situation with security policy in recent decades … rising tensions mean we are more vulnerable to both threats and intelligence and influence. This requires all NATO countries to be more vigilant,” he said.

However, some experts question whether any nation can fully protect civilian infrastructure. As Russia is claimed of being behind the events that happened in Europe, it has further worsened the relationship between Russia and many European countries. Now, the concern remains, can the ongoing clashes among countries draw more threatening confrontations?