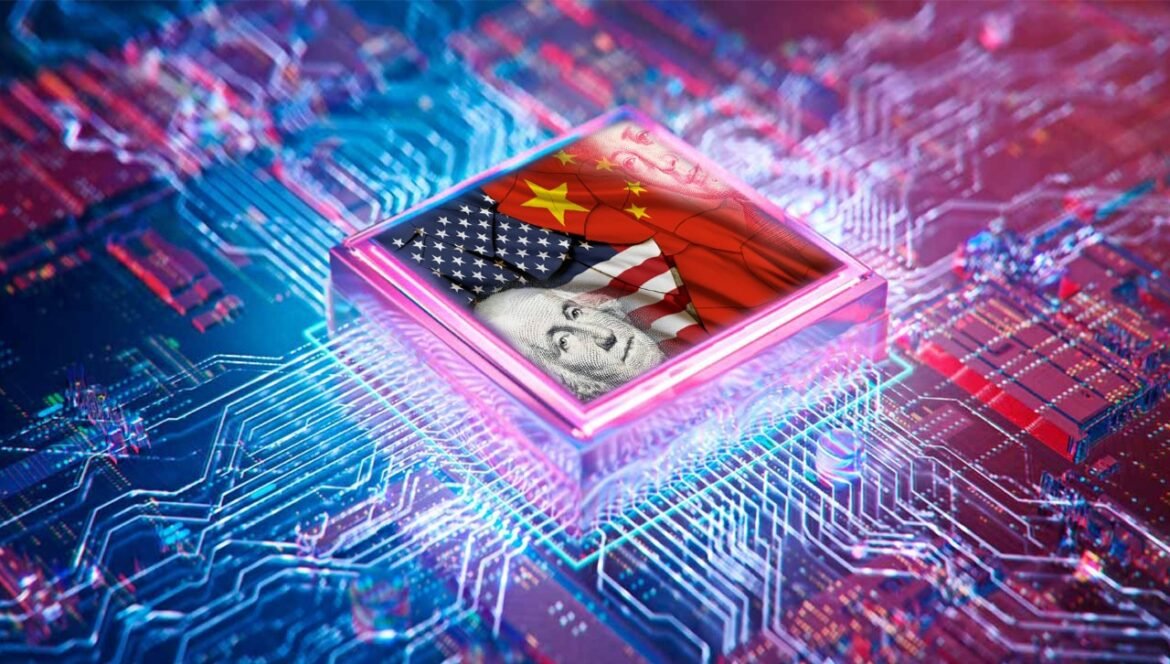 The two largest economies in the world, China and the United States are now competing for the semiconductors, the chips that run everyday life.

Semiconductor production is a sophisticated, specialized, and closely integrated process. They were first made in the US, but over time, East Asia became a manufacturing center, mostly because of subsidies and other government incentives. This opened opportunities for trade and strategic partnerships between Washington and countries that were otherwise vulnerable to Russian influence during the Cold War. While considering Beijing’s emerging role in the Asia-Pacific, its utility remains unchanged.

The US seeks to restrict China’s access to semiconductors since they are utilized in several products, including military hardware. Consequently, the Biden administration announced strict export limitations in October 2022 to prevent China from overtaking other countries as a leader in advanced semiconductors. However, these limitations required a vital part: commitment from American allies to enact similar restrictions. As the war between the two countries over war chips goes on, companies are also taking steps to avoid trouble in the future.

YOU CAN ALSO READ: PAKISTAN ARMY MAKER FOR GOOD OR BREAKER FOR BAD?

There is now a competition to mass-produce the most powerful and space-efficient chips ever possible. Samsung was the first company to manufacture mass production of three-nanometer chips in the mid of 2022. Taiwan Semiconductor Manufacturing Company (TSMC), the largest chip manufacturer in the world and a significant supplier to Apple followed later that year.

Most of the world’s chips are made in Taiwan right now. Taiwan’s President claims this is a “silicon shield” that safeguards the self-ruled island from China.

Beijing is investing heavily in AI and supercomputers and has made these technologies a national priority. In the past ten years, it has made significant progress but is still far from being a worldwide leader, particularly in terms of chip design capabilities.

According to Chris Miller, author of Chip Wars and assistant professor at Tufts University, “what you find historically is that whenever powerful countries have advanced computing technology, they deploy them to intelligence and military systems.” America is concerned over this and its reliance on Taiwan and other Asian nations for supply.

US imposing restrictions on China’s progress

China’s access to the technology used to produce semiconductors is being restricted by the U.S. The US claims that China’s use of the technology poses a threat to its own national security given that sophisticated chips are used to power supercomputers, artificial intelligence, and military hardware.

Washington established extensive export curbs last October, making it nearly impossible for businesses to ship semiconductors, chip-making machinery, and software containing US tech to China, wherever they may be located in the world. Additionally, the government outlawed the “development or production” of chips at specific Chinese factories by US citizens and permanent residents.

China is especially affected by this since it imports both the equipment and the personnel needed to support its developing chip manufacturing sector. The Advanced Semiconductor Materials Lithography (ASML) from the Netherlands is projected to lose around 25% of its previous Chinese income. It is the sole manufacturer of the most sophisticated lithographic machines, which are used to create “leading edge” chips.

The US intends to produce more chips as well. The Chips and Science Act provides $53 billion in grants and subsidies to US semiconductor manufacturing firms. Major players are taking advantage of this. The only facilities TSMC has outside of Taiwan are two $40 billion plants in the US.

The largest memory chip manufacturer in the US, Micron, has revealed plans to invest up to $100 billion in a computer chip plant in upstate New York over the next 20 years. Memory chips are crucial for supercomputers, military hardware, and everything that uses processors.

Many businesses are moving out of China due to the chip war. Large corporations like Dell, HP, and Apple are rethinking their choice in light of the ongoing chip war. Other businesses, even those not involved in the chip war, have developed backup plans for similar scenarios as a result of supply problems.

Dell decides to pull away from China by 2024

Dell, one of the biggest companies, is responding to the changing world by taking steps to cut back on and possibly stop using chips and parts from China. Dell decided to discontinue utilizing chips made in China by 2024 to prevent further conflict as tensions rise. Additionally, to diversify its supply chain, the corporation will reduce the number of components made in China wherever possible.

It represents an aggressive shift away from China, which has been a key supplier to numerous technology companies all over the world.

HP and Apple are also making some moves

HP is examining the sustainability of leaving China. It just states, “We have a robust supply chain operation in China and around the world to serve our customers,” which does not reflect its current level of firmness in its operations.

Apple has begun to diversify its operations by starting to produce devices in Vietnam and India. In the past, Apple experienced supply problems during a high season due to protests at Chinese manufacturing in Zhengzhou last year.

Is Japan joining hands in helping US with China chips restrictions?

The Semiconductor Industry Association reports that Japanese companies own 27% of the global market share for the specialized manufacturing equipment used to make sophisticated chips. In terms of sales, China accounts for around a quarter of Tokyo Electron, Japan’s top chip production equipment maker.

President Biden and Japanese Prime Minister Fumio Kishida promised to collaborate to make Japan a formidable military power to assist counterweight China and to strengthen the relationship between the two countries so that it can become the foundation for their strategic interests in Asia.

It’s only a matter of time as the US might be pressuring businesses to take sides, effectively blocking them from entering the Chinese market.