Bangladesh votes in favour of Palestine in UN resolution 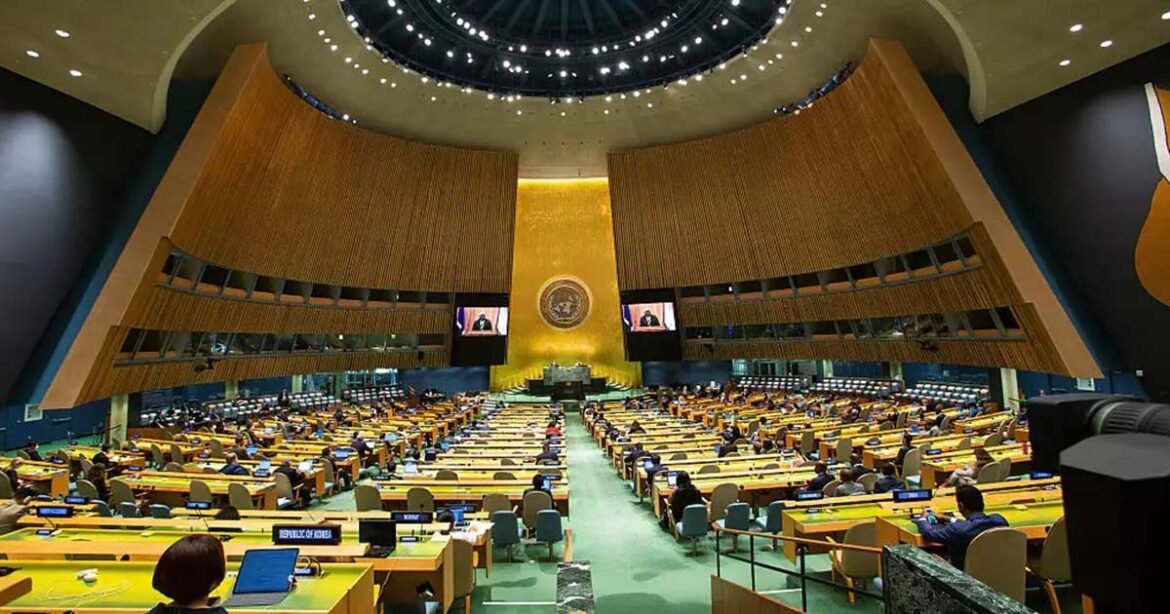 The United Nations (UN) has tabled a resolution seeking the opinion of the International Court of Justice (ICJ) on the trial of Israel for its illegal occupation of Palestine, in which Bangladesh voted in favour of Palestine. On Friday (December 30), the UN General Assembly voted on the proposal made by the Palestinians.

Israel has illegally occupied several areas of the Middle Eastern state of Palestine for five decades. A proposal was raised at the UN to seek the opinion of the ICJ on what kind of justice Israel will face due to this illegal occupation. At that time, Bangladesh voted in favour of Palestine against Israel. The Western countries were divided in giving their opinions on the matter in the UN General Assembly. However, countries in the Islamic world give unanimous support to Palestine. Israel has good relations with many, though. A total of 87 countries including Bangladesh supported Palestine at that time. However, 26 countries, including the United States and Israel, voted against the proposal and 53 countries abstained from voting. This resolution was passed in the UN by getting the highest number of votes.

The proposal entitled ‘Israeli Practices and Settlement Activities Affecting the Rights of the Palestinian People and Other Arabs of the Occupied Territories’ requests the International Court of Justice to issue a legal opinion on issues such as the Israeli occupation of Palestinian territories, annexation and continuous construction of settlements, including changing the demographic physiognomies and density of the Holy City of Jerusalem. At the same time, it has been requested to examine and advise on how these policies and practices of Israel are affecting the legal status of the country and what kind of legal situation may be created in the context of this. This week, the most radical government in Israel’s history, led by Israeli Prime Minister Benjamin Netanyahu, took office again. Netanyahu released his government’s agenda last Wednesday, where he promised to expand Jewish settlements in Palestinian lands. According to the Israeli media Times of Israel, this agenda declares the exclusive and inalienable rights of the Jewish people to ‘all’ parts of the land of Israel! The lands on the agenda include the disputed Golan Heights and the Judea and Samaria region. In such a situation, the significant resolution about Israel’s occupation was passed.

Palestine welcomed the passing of this resolution. The country has also mentioned it as its victory. According to the country, “this will expose the crimes committed against Palestine.” Senior Palestinian official Hussein al-Sheikh commented that it was a “victory of Palestinian diplomacy”. Palestinian President Mahmoud Abbas’ spokesman Nabil Abu Rudeineh said, “It is time for Israel to become a state under the law and be held accountable for the ongoing crimes against our people.” Meanwhile, Riyad Mansour, Palestine’s ambassador to the UN, noted that the vote came a day after a new far-right Israeli government was sworn in. The government that vows to accelerate ‘colonial and apartheid policies’ towards the Palestinians. At the same time, he applauded the countries for voting in favour of Palestine. But the ICJ’s opinion, however important it may be, does not have the power to implement it.

What are the countries that voted for Palestine at the UN?

Countries that voted against the proposal

Countries that abstained from voting