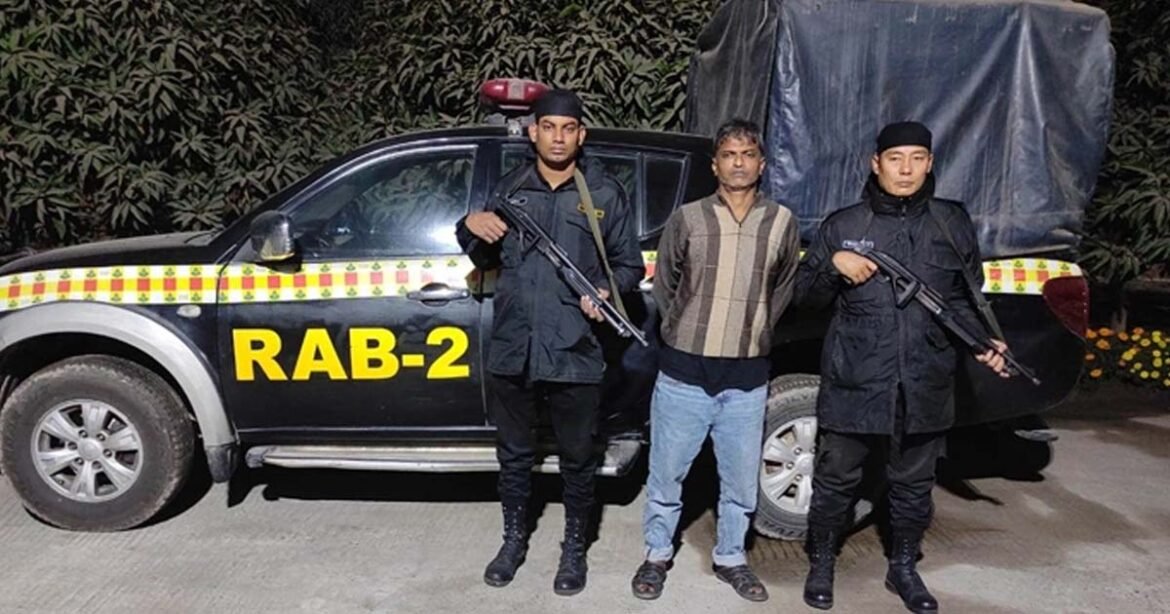 The Rapid Action Battalion (RAB) has arrested a member of banned militant outfit Hizb ut Tahrir named Nafiz (45) who has been absconding for 8 years in various case.

Sunday at midday, a special squad from Rab-2’s Anti-Terrorism Cell conducted a drive in Kamrangirchar and detained Nafiz Salam Uday.

According to Senior Assistant Superintendent of Police (ASP), Md. Fazlul Haque, the detained member Nafiz Salam Uday is the top leader of the proscribed terrorist organization Hizb ut Tahrir. He had shaved his beard to hide his identity and opened a business in Kamrangirchar. He escaped law enforcement agency’s attention for eight years under numerous guises while continuing the activities of the militant organization. He was caught in the Kamrangirchar area of Dhaka.

According to the RAB official, Nafiz graduated from high school in 2001 and moved to Bangladesh in 2008 after completing his bachelor’s degree in computer science and technology in Australia. After that he completed his master’s degree at Dhaka University in 2010. He was promoting extremist militant books that had been declared illegal in many parts of the country, including Dhaka. He was also encouraging youth and young generation to join militancy.

Nafiz confessed that he was maintaining touch with the Ameer of the Hizb ut-Tahrir Bangladesh branch and other group leaders. He used to hand out anti-state leaflets and invite people to different mosques.

According to the RAB official, legal action will be taken against the accused. “Besides, efforts are on to arrest the other members of Hizb ut-Tahrir according to Nafiz’s information,” he added.

The Rangpur City Corporation election to be held Tomorrow