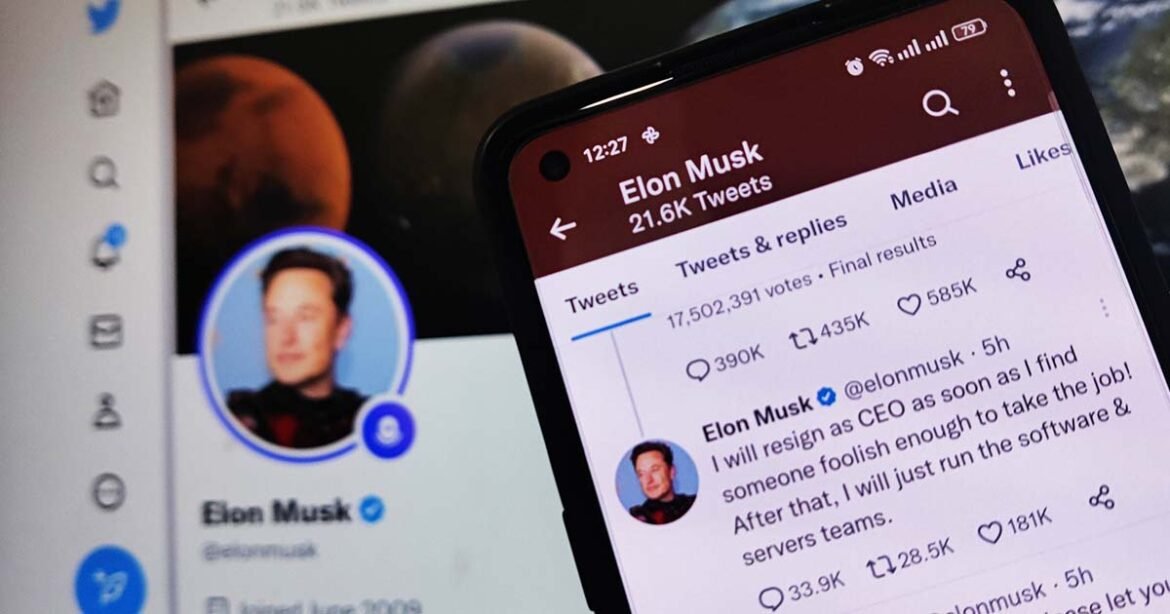 Elon Musk has announced that he will resign as Twitter Inc’s CEO after he finds a successor.

“I will resign as CEO as soon as I find someone foolish enough to take the job! After that, I will just run the software & servers teams,” Musk said in a tweet.

This is the first time Musk has considered stepping down from his position as CEO of Twitter. On December 19, he launched a poll in Twitter for people to vote on whether they want him as the CEO or not. Over 17.5 million people voted and 57.5 percent of the voters wanted Musk to step down. All these started after Twitter’s announcement that it would no longer allow the “free promotion” of other social media platforms. The decision caused a pushback between the users.

You can also read: Elon Musk holds poll on Twitter putting CEO title on the line

Musk has not specified a date for his resignation, and no replacement has been named. Some have anticipated that Twitter co-founder and former CEO, Jack Dorsey may return to lead the company. In November 2021, he resigned from his position as CEO.

This is not the first time Musk has stated that he will not serve as the company’s long-term CEO. In November, the second-richest person in the world informed a Delaware court that he would spend less time on Twitter and eventually find a replacement to run Twitter.

Musk’s $44 billion acquisition of Twitter in October has indeed been full of turmoil and controversy. Wall Street has been calling for Musk to step down for weeks. Additionally, Tesla investors have started to question if his focus on Twitter is keeping him distracted from running the electric vehicle business. Musk is a key person in product design and engineering in Tesla.

Musk has acknowledged that he has too much on his plate and that he would search for a new CEO of Twitter. But on Sunday, he claimed there was no replacement and that “no one wants the job who can actually keep Twitter alive.”