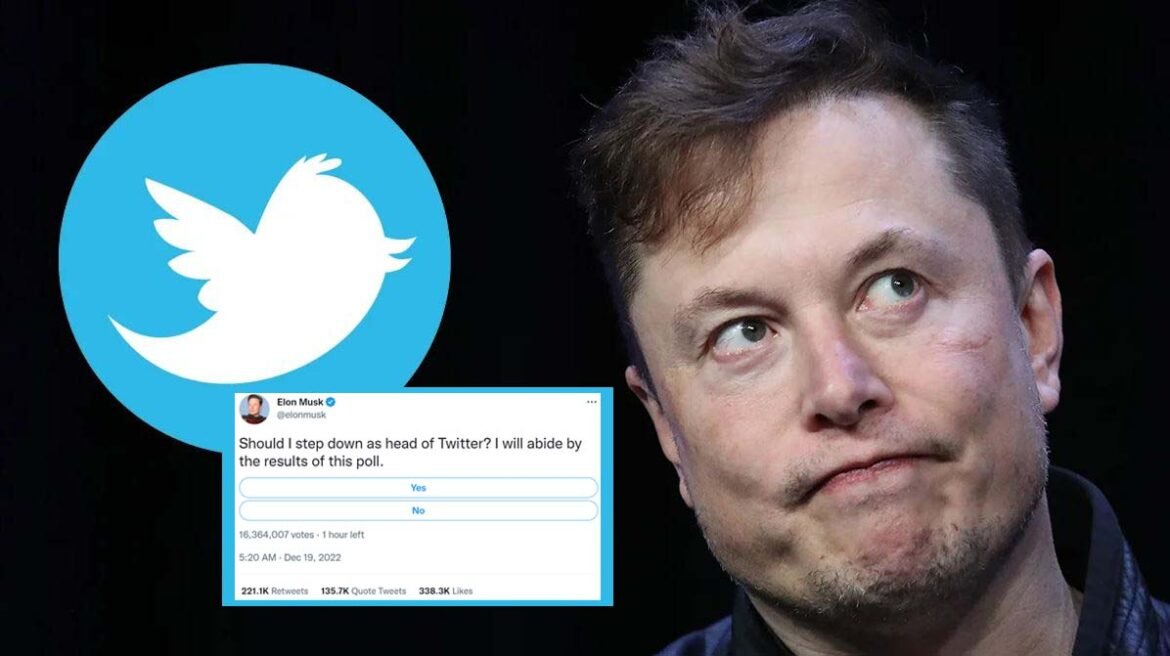 Following criticism of the company’s most recent controversial change in policy, Twitter CEO Elon Musk has asked his followers to decide whether he should resign from his role.

On Sunday, Musk posted to his 122 million followers, “Should I step down as head of Twitter? I will abide by the results of this poll.” The poll is set to close on Monday (Today) at around 11:20GMT (5:20 PM BD Time). Although the billionaire didn’t specify when he’d resign if the polls showed he should. In a later tweet, he added, “As the saying goes, be careful what you wish, as you might get it.

YOU CAN ALSO READ: HOW DO AMERICANS USE SOCIAL MEDIA FOR NEWS?

As of Monday morning, the poll had about 10.5 million votes, with users choosing to remove Musk with a margin of 56.3 to 43.7 percent.

Musk’s poll came after Twitter’s announcement that it would stop letting users “freely promote” other social media platforms, which caused some backlash between the users.

Since taking over Twitter, the tech tycoon, who also runs Tesla and , has gotten a large amount of negative attention. In October, Musk acquired the company for $44 billion (£36 billion) after a lengthy legal process.

Twitter claims it would delete accounts created exclusively for the purpose of promoting other social networking sites. According to a tweet from the company, the change will also apply to accounts that link to or use usernames from websites including Facebook, Instagram, Mastodon, Truth Social, Tribel, Nostr and Post. However, TikTok, which is controlled by China’s ByteDance Ltd, was not mentioned on the list.

Users violating the rules for the first time or in an “isolated event” may be instructed to delete the offensive tweets or to have their accounts temporarily disabled. However, it warned that any more violations “will result in permanent suspension.” However, users can still upload content to Twitter from restricted websites, and paid advertisements from those websites will still be accepted.

A few hours after the announcement, Musk tweeted that “casually sharing occasional links is fine, but no more relentless advertising of competitors for free, which is absurd in the extreme,” appearing to contradict the latest decision.

After Twitter suspended over a half dozen journalists who cover Musk last week, this was the latest in a series of policies to draw criticism. After accusing the media of putting his family in danger by exposing his location, Musk suspended the journalists. Musk made the statement after the site’s doxxing policies were changed to forbid accounts from tracking private planes, such as his own private jet.

Musk tweeted, “Going ahead, there will be a vote for major policy changes,” after apologizing just before the poll. A few hours later, Twitter launched a poll asking users if the platform should prohibit accounts from advertising other social media services.

Since Elon Musk acquired the social network, Twitter has taken a number of disruptive measures, including the change in policy. He fired the top management and let go of about half of the company’s employees while he was determining how much to charge for Twitter Blue’s subscription service.

Musk restored the banned accounts on Friday in response to protests from lawmakers, advocacy groups, and a number of journalistic organizations. Some of these groups had claimed that the microblogging platform was compromising with the press freedom.