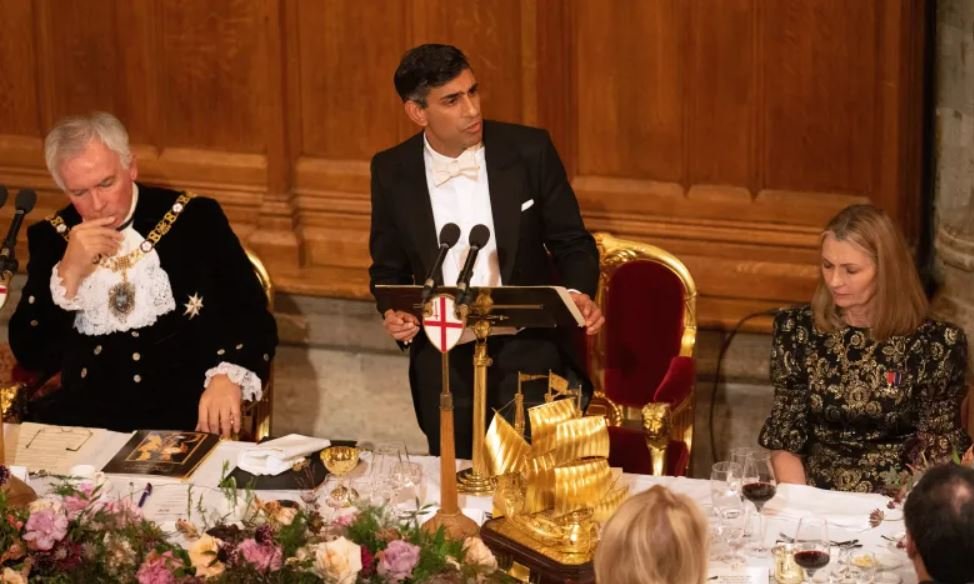 Sunak declared in his first significant address on foreign affairs that the “golden period” of UK-China relations was “over, along with the naive idea that trade would automatically lead to social and political reform.” The United Kingdom and China enjoyed high levels of economic cooperation known as “golden period” when David Cameron was prime minister, but their relationship has since deteriorated.

You can also read: LIZ OUT, SUNAK IN: UK’S UNPRECEDENTED 44 DAYS OF UNCERTAINTY

The government of Sunak will now prioritize on strengthening trade and security connections with Indo-Pacific partners, since Sunak thinks “economics and security are indivisible” in the area.  The speech comes after protests in China over the weekend against the country’s strict Covid lockdown laws.

A BBC journalist was assaulted

British PM Sunak emphasized that China has “chosen to crack down further, including by assaulting a BBC journalist” in response to the ongoing protests after the Urumqi fire.

Hundreds of Chinese citizens gathered to the streets in China’s major cities on Sunday in a rare demonstration of discontent with the government’s unwavering commitment to zero COVID.

Ed Lawrence, a BBC-accredited journalist working in China, was arrested at a COVID lockdown demonstration in Shanghai and imprisoned for many hours, which escalated relations between the two countries. During his detention, the cops beat and kicked him, and he was detained for several hours prior to his release.

After being freed, Lawrence confirmed his imprisonment by Chinese police and shared in twitter, “at least one local national was arrested after trying to stop the police from beating me.”

James Cleverly, the foreign secretary of the UK, described the incident as “deeply disturbing.” “Media freedom and freedom to protest must be respected. No country is exempt.  Journalists must be able to do their job without intimidation,” he stated on Twitter.

He also stated that the UK’s defense and security strategy (Integrated Review) for the next ten years, would be updated in 2023. Sunak also warned that Britain’s rivals were planning for the “long term” and that the United Kingdom needs to adopt a “longer-term view on China.”

Sunak stated that the previous decade’s closer economic relations were “naive.” According to Sunak, Britain would not choose for the “status quo” under his direction. In his opinion, the UK must now approach rivals with “strong pragmatism” rather than wishful thinking.

However, he cautioned against “Cold War rhetoric,” saying that it was impossible to overlook China’s importance for the world.

Sunak emphasized, though, that “we cannot simply ignore China’s significance in world affairs – to global economic stability or concerns like climate change.” He continued by saying that the UK would collaborate with allies including the US, Canada, Australia, and Japan to “manage this sharpening competition, including with diplomacy and engagement.”

Since Rishi Sunak became Tory leader and UK prime minister a month ago, he has under pressure from Tory backbenchers to toughen the UK’s stance on China. During his campaign against Liz Truss for the premiership, he vowed that he would be tough on China once he wins. He called the Asian superpower the “number one threat” to national and global security. Sunak stated that Britain ought to adopt the same long-term view as its foes and rivals, such as Russia and China. “In the face of these challenges, short-termism or wishful thinking will not suffice. We can’t rely on Cold War justifications or strategies, or even merely nostalgic thinking about the past,” he warned.