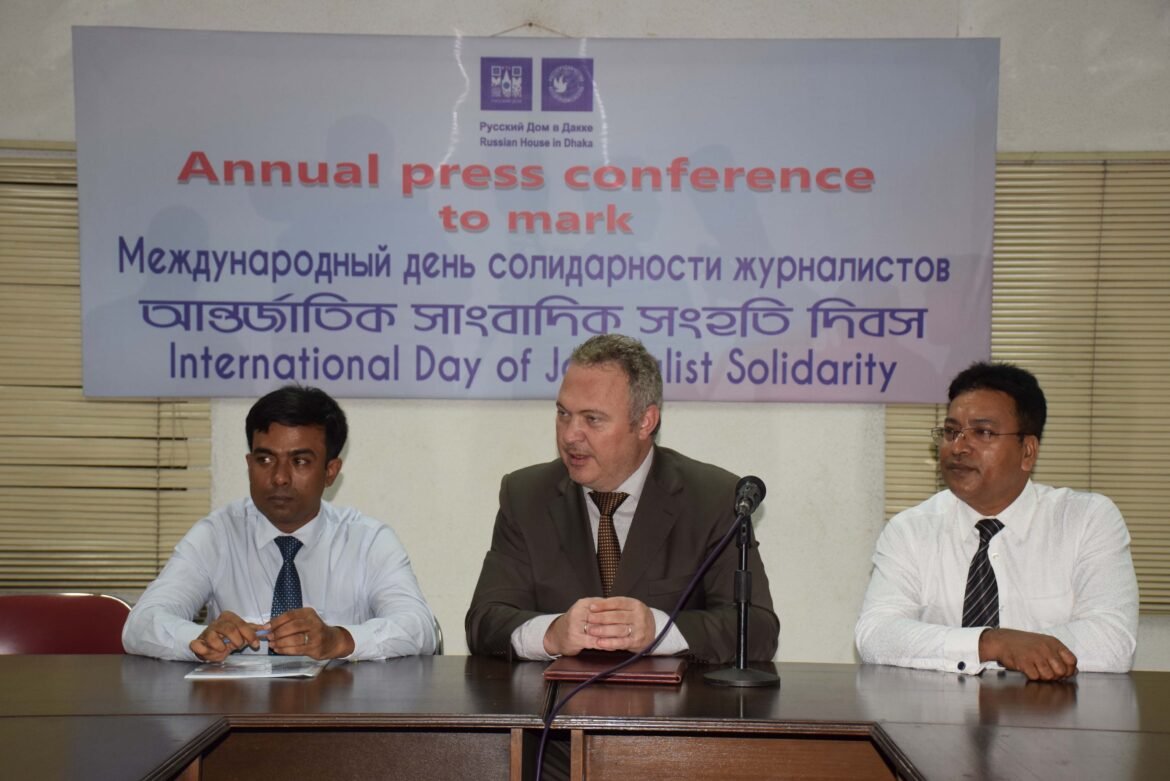 You can also read: New DAP sees significant rise in land use clearance

During his speech Mr. Dobrokhotov noted the very important contribution of the national media to everyday public life and wished Bangladeshi journalists all the best in fulfilling their professional responsibilities. He emphasized that online journalism is now very popular with the print media in Bangladesh and has been playing a leading role through different platforms. He underlined the traditionally strong ties between Bangladesh and Russia and hoped that it would grow stronger in the future.

Mr. Dobrokhotov also mentioned that the Russian House in Dhaka has been working hard on educational activities, including the selection of candidates for governmental scholarship programs in Russian universities, to create future skilled citizens of Bangladesh. He said that the Russian government has allocated 110 scholarships for the 2023-2024 academic year for Bangladeshi students. The scholarships will be available on Bachelors, Masters and PhD levels. He hinted that within next years the number will continue to increase. He praised the intelligence and hardwork of Bangladeshi students who excelled during their tenure in Russia.

He highlighted the important cultural and historical events of the Russian House this year and upcoming special programs for the next one.

This meeting was attended by more than 30 Bangladeshi journalists from prominent local electronic, print, and online media. They were actively interested in a wide variety of topics related to the activities of the Russian House in Dhaka.