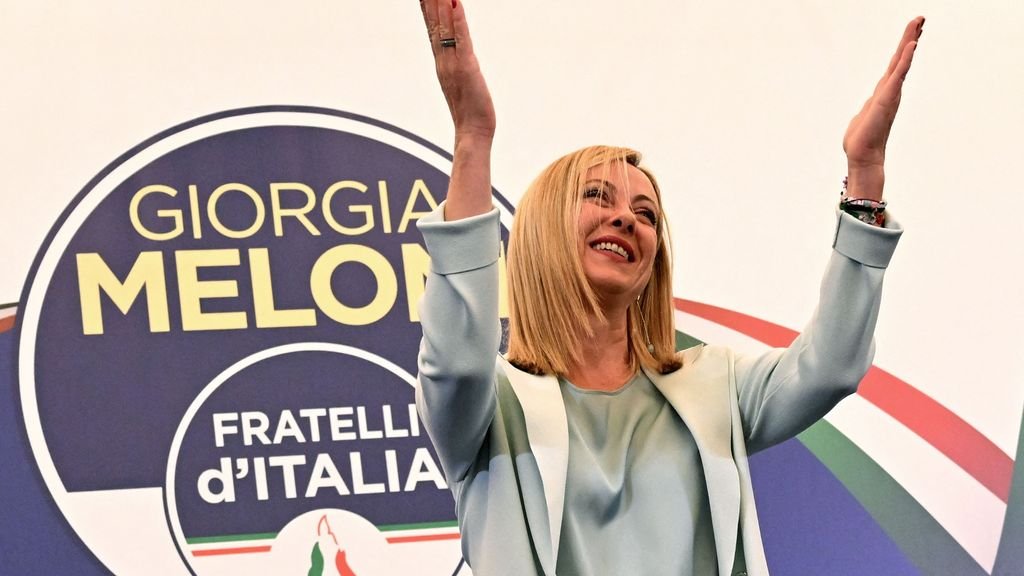 Far-right Giorgia Meloni won a commanding majority in Sunday’s Italian election, paving the way for her to become the country’s first ever female prime minister at the centre of the most conservative administration since World War II.

According to projections based on the results from almost two-thirds of voting stations, her euroskeptic Brothers of Italy party won the election on Sunday. The 45-year-old Meloni made the following statement in her victory speech: “If we are called to govern this nation, we will do it for everyone, we will do it for all Italians and we will do it with the aim of uniting the people. Italy chose us. We will not betray (the country) as we never have.”

It could take weeks for Meloni’s right-wing and centre-right supporters to establish a governing coalition.

Who is Giorgia Meloni?

Giorgia Meloni is an Italian politician and journalist born on 15 January 1977. Her mother was a native of Sicily, while her father was from Sardinia. Meloni joined the Youth Front, the youth branch of the neo-fascist Italian Social Movement (MSI), in 1992, when she was just 15 years old. In 1996, she received a diploma from the Amerigo Vespucci Institute. She was raised by a single mother away from the city’s tourist attractions in the socialist Garbatella district in Rome.

She simultaneously took on the role of national leader of Student Action, the student branch of the MSI’s successor, the national-conservative National Alliance (AN). She represented this branch in the Student Associations Forum set up by the Italian Ministry of Education. Furthermore, she served from 1998 to 2002 as a councilor for the Province of Rome. She later won the national director election in 2000, and in 2004 she was chosen to lead Youth Action, the AN youth branch, as its first female president. She later served as the leader of the far right National Alliance’s student wing and was chosen in 2006 to serve in the Chamber of Deputies of the Italian Parliament. The newly appointed journalist was the nation’s youngest vice president ever. When media tycoon and prime minister Silvio Berlusconi was forced to resign due to a financial crisis in 2008, she was appointed Minister of Youth in the Berlusconi IV Cabinet.

Giorgia Meloni is presently the leader of the Brothers of Italy (FDI) political party and has served as the party’s president since 2020. In the Berlusconi IV Cabinet, she served as Minister of Youth from 2008 to 2011.  Meloni had co-founded the Brothers of Italy 10 years ago in 2012, which she has led since 2014.  She did, however, run for mayor of Rome and the European Parliament in 2014, although she was unsuccessful in both contests.

She also became leadership of the European Conservatives and Reformists party in 2020, which comprises the PiS – Polish government party, among others.

Meloni is fierce and her appearance makes her stand out sharply from the men who predominate in Italian politics. Both she and her party place a lot of emphasis on her personal brand.

With the populist campaign anthem “Italy and Italian people first,” Meloni entered the election race. She has demanded increased benefits for families, a reduction in European bureaucracy, cheap taxes, and a halt to immigration.

Her party opposes same-sex marriage and abortion, and she wants to revise EU treaties. The skilled foreign language secretary is comparatively inexperienced in matters of economic and foreign policy. She has spent the most of her political career serving as a party official and a member of parliament.