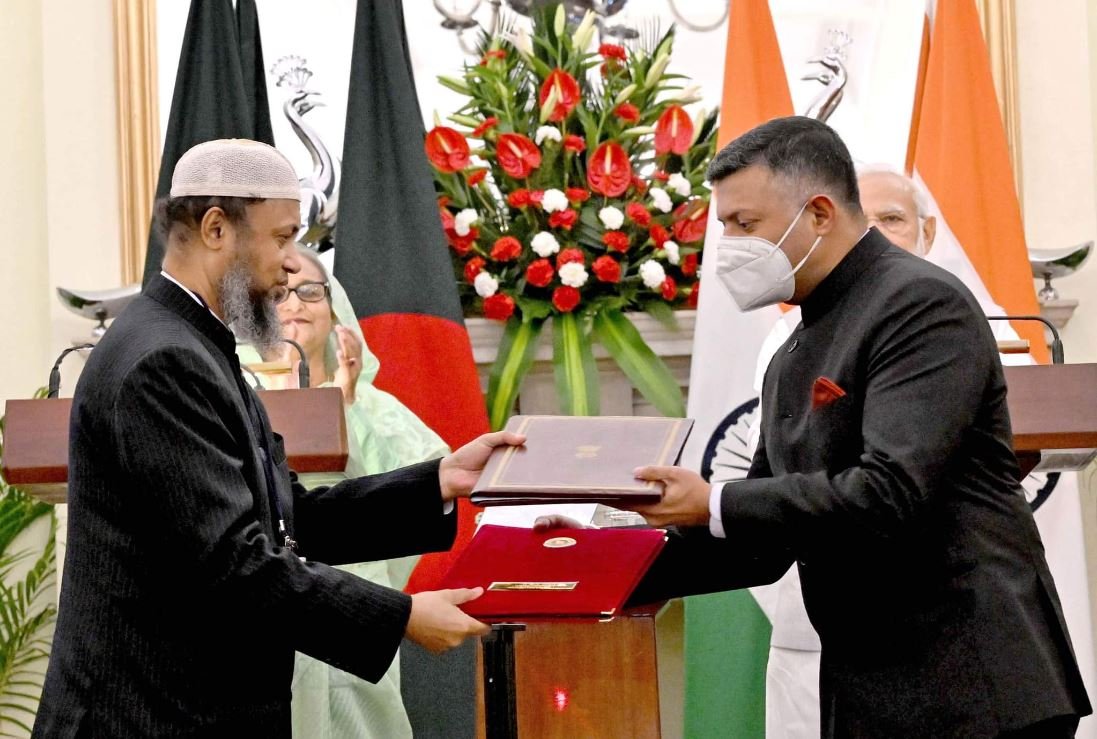 Neighbouring Bangladesh and India have inked their first defence deal under $500 million Line of Credit (LoC), which India finds an important first step towards strengthening defence cooperation between the two countries.

Indian Foreign Secretary Vinay Kwatra in New Delhi said, “I think the first contract under the defence Line of Credit was signed earlier this week. I’m sure you have been following this closely. It was a modest amount but it was an important first step.”

According to a UNB report, the Indian foreign secretary Tuesday night said it may be a defence LoC, but it is also a part of the development partnership framework.

He said, “Our effort is that this will open up a path for further engagement between the two countries in the field of defence and security and take our cooperation further.”

Also, they agreed on the early finalisation of projects under the defence LoC, which would be beneficial for both Bangladesh and India, according to the joint statement issued after the bilateral talks between the two prime ministers.

India welcomed the finalisation of initial procurement plans for vehicles meant for the Bangladesh Armed Forces in this regard and looked forward to enhancing bilateral defence ties.

Also, the Indian side reiterated its request for implementing the 2019 Memorandum of Understanding (MoU) for providing a coastal radar system aimed at greater maritime security at an early date.

Both sides at the 4th Bangladesh-India annual defence dialogue held in New Delhi in August stressed the need for working closely to implement the $500 million LoC extended from India for defence items.

At the dialogue, Bangladesh and India expressed commitment to elevating engagements between their Armed Forces and reviewed the progress of bilateral defence cooperation initiatives.

Various aspects of defence industrial and capacity-building cooperation came up for detailed discussions.

Indian daily The Hindu in a report said Bangladesh has recently shared a wish list of military platforms and systems that its Armed Forces would like to procure from India, according to official sources, marking some progress on the delayed implementation of the $500 million defence LoC extended by India to Bangladesh.

The wish list reportedly includes, among others, a diverse range of equipment, including a floating dock, logistics ship, and oil tanker for Bangladesh Navy.

The Hindu, quoting an unnamed source, said Bangladesh Army has approved the procurement of three items, so far, under the LoC — five Bridge Layer Tanks (BLT-72) at a cost of approximately $10 million; seven portable steel bridges (Bailey) at a cost of around $2.2 million; and 11 Mine Protective Vehicles from the Tata Group at an approximate cost of $2.2 million.

Other items proposed to be procured by the Army are Mahindra XUV 500 off-road vehicles; door hard top vehicles from Mahindra at an approximate cost of $2.35 million; heavy recovery vehicles; armoured engineer reconnaissance vehicles; and bulletproof helmets.

Meanwhile, Bangladesh Navy has proposed the procurement of a logistics ship, floating dock, oil tanker, and an ocean-going tug, the source mentioned.