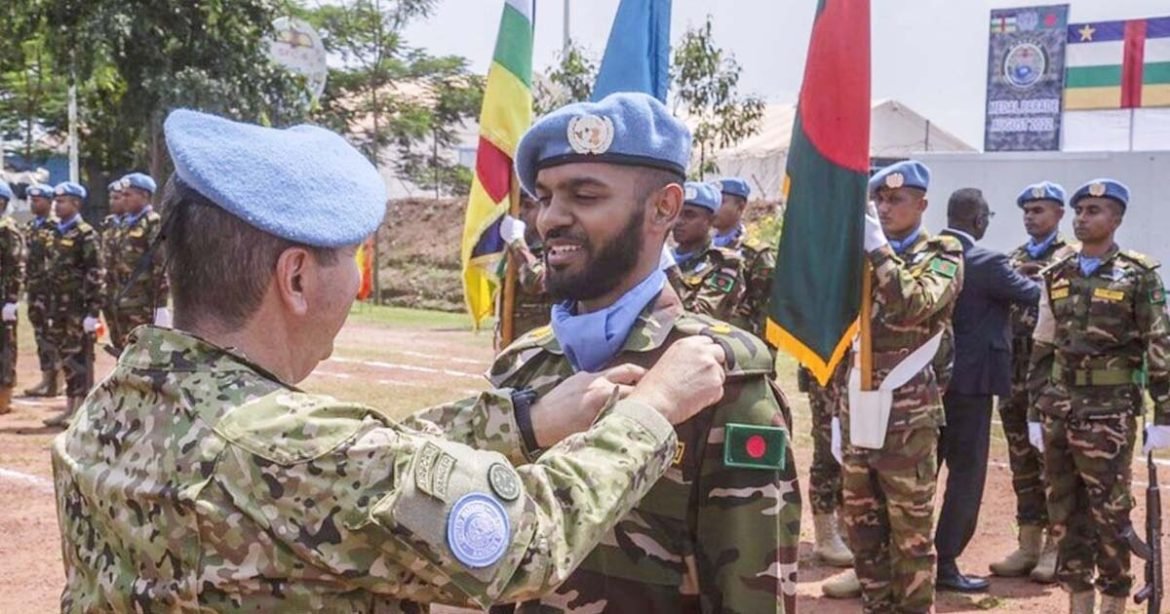 The special force unit members of the Bangladesh Army have been honoured with prestigious UN medal. This latest feat is for their significant contribution to the UN peacekeeping mission.

It was informed that a total of 187 Bangladesh Army Special Forces (known as BANSF), who were assigned to the Central African Republic, have received this UN award recently.

On 25 August 2021, members of the BANSF were deployed to the Central African Republic to take part in a risky military operation. Bangladesh received this medal from the United Nations Peacekeeping Mission as the effectively carried out all of the tasks that were given to them.

Sources concerned said out of a total of 775 Bangladesh Army members, this UN Medal has been awarded to 187 BANSF members as a mark of recognition to their service.

Senior UN Peacekeeping Mission officials, including the Mission Head, awarded the medals to the Bangladeshi peacekeepers in a special ceremony.

You can also read: Bangladesh planning to file case in US court over RAB Sanction