US support in Rohingya repatriation in focus 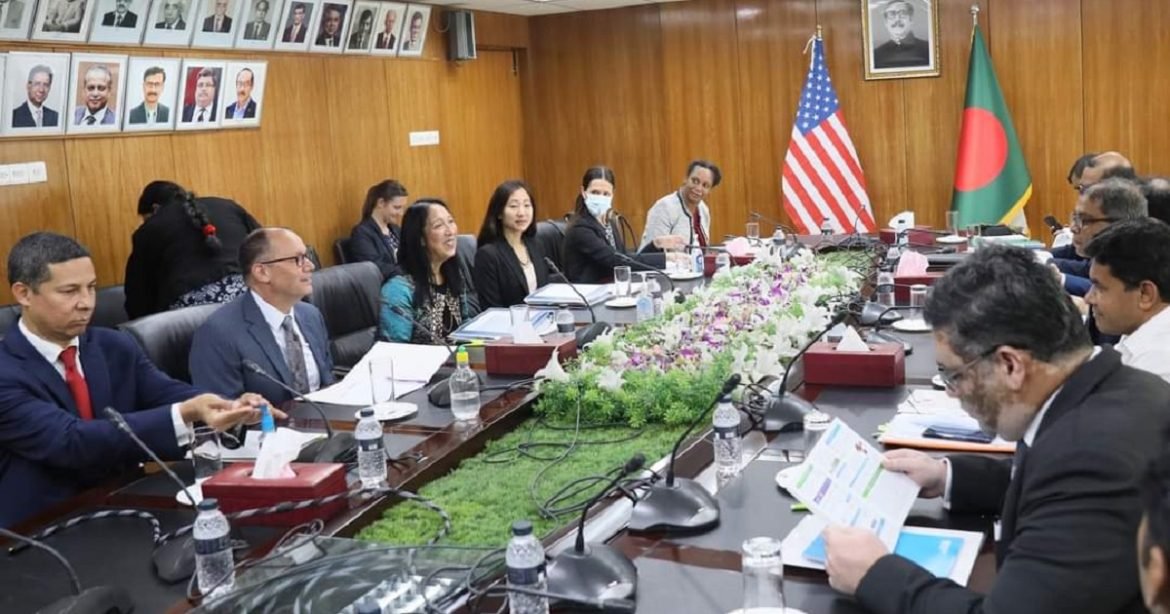 Bangladesh has urged the United States of America to extend their support regarding the Rohingya case with the International Court of Justice (ICJ) in The Hague under the genocide convention. Foreign Secretary Masud Bin Momen, during his meeting with the United States Assistant Secretary of State for International Organisation Affairs Michele J Sison in Dhaka, reiterated Bangladesh’s call for the repatriation of the Rohingyas to their place of origin in Rakhine State, Myanmar in a safe and dignified manner.

Notable that the Organisation of Islamic Cooperation (OIC) has welcomed the ruling by the ICJ in The Hague on July 22, rejecting Myanmar’s preliminary objections to the case brought by The Gambia under the 1948 Convention on the Prevention and Punishment of the Crime of Genocide, known as Genocide Convention.

Appreciating Bangladesh’s success in containing pandemic and ensuring food security, the United States hoped to work closely with the country in future. “The United States and Bangladesh share common interests on the most challenging global issues, and we will continue to collaborate closely,” said the US Embassy on August 9 as US Assistant Secretary Michele J Sison wrapped up her visit. Referring to the robust multilateral engagements between the two countries, both the dignitaries candidly discussed various multilateral issues of mutual interests during her recently ended visit. They exchanged views on the priority issues, particularly in the UN and other international organizations, including peacekeeping operations, food security, global health emergencies, climate resilience, human rights, and the Rohingya issue.

What Did US Assistant Secretary Say?

US Assistant Secretary Michele J Sison highly appreciated Bangladesh’s humanitarian gesture extended to the Forcibly Displaced Myanmar Nationals (FDMNs) known as Rohingya. Sison declared that the US side will extend their support for the Rohingyas in Bhasan Char. She further said the US is committed to strengthening cooperation for the full implementation of the Sustainable Development Goals (SDGs) in Bangladesh. She said discussion on cooperation and coordination with UN agencies in Bangladesh is critical to this effort. She also praised Bangladesh’s contributions in peacekeeping operations, particularly women’s participation in the operations. During her meeting with the Foreign Secretary, she also discussed the upcoming elections in the multilateral fora.

US Assistant Secretary Sison arrived here on August 6 as part of her tri-nation visit including India, Bangladesh and Kuwait for consultations on a range of multilateral priorities, as well as combating food insecurity, advancing global health, addressing human rights and humanitarian needs, peacekeeping and peacebuilding, and support for Rohingya refugees. Her meetings with senior government officials focused on opportunities to deepen their cooperation at the United Nations. The US Assistant Secretary exchanged ideas on how the United States and other countries can collaborate on achieving the Sustainable Development Goals.

What Did Foreign Secretary Say?

Bangladesh thanked the US side as it has decided to extend their support to the Rohingyas now living in Bhasan Char. “We thank the US side, as they will extend their support to the Bhasan Char,” Masud Bin Momen said at the Foreign Service Academy while briefing about his discussion with the US Assistant Secretary on August 8. “The issue of third country resettlement also came up in the discussion,” said the foreign secretary.

Masud Bin Momen said that Bangladesh does not subscribe to any idea of long-term hosting of the Rohingyas in the country and urged the international community to focus on their immediate safe return to Myanmar. He said Bangladesh also thanked the US side recalling that US determined that members of the Myanmar military committed “genocide and crimes against humanity” in March. The US declared that Myanmar military committed genocide against Rohingya following a rigorous factual and legal analysis. Masud said they discussed multilateral issues to strengthen cooperation in a number of areas including food security, health and human rights issues and discussed events during the high-level week of the UNGA.

Regarding the US sanctions on country’s elite force- Rapid Action Battalion (RAB), the Foreign Secretary said Bangladesh keeps working for withdrawal of sanctions on RAB following their legal process. Inspector General of Police (IGP) Benazir Ahmed and other officials are scheduled to attend the third United Nations Chiefs of Police Summit at the UN headquarters in New York on August 31-September 1. Asked whether he will face any visa related problem due to the sanctions, the Foreign Secretary said they are yet to communicate and will try to know beforehand, noting that there are some exceptions. He further said they are discussing the loopholes and any inconsistency in the Digital Security Act (DSA) for its further improvement in terms of application so that no one faces any problem.

Energy Crisis Conundrum: Can Bangladesh Move Towards a Sustainable Solution?